The case of Rupa’s tweet regarding the cracker got heated up on Saturday when journalist Mohandas Pai K wrote an article against senior IPS. On Saturday, Rupa tweeted that hashtags were launched against me to pressure me. Everyone knew very well that I, as a government employee, could not answer trolls in their language. Tell me who is more powerful on Twitter?

To keep the pressure on me, there was a hashtag created against me, knowing fully well tht, I, in my capacity as govt servant can’t get back to trolls including celebrity-trolls in the same irresponsible language they use. Now tell me who is more powerful on twitter @TVMohandasPai T16 https://t.co/C9fbamqWGN

Before taking a break from Twitter, Rupa tweeted another and said that before taking a break, I am sharing this video for celebrities who talk about me without knowing anything. It is in Hindi, despite being a South Indian, I learned by watching Doordarshan.

Before I go on a twitter break, for those celebrities who know less abt me but speak about me without knowing me, I’m sharing this link in your own language Hindi, which I learnt from watching Doordarshan, with its accent too, being a South Indian.https://t.co/UpuGgssbyj

What was the matter?
Actually, before Diwali, Rupa had a debate with a Twitter user named @TrueIndology regarding the cracker ban. De Rupa believed that firecrackers were not part of the rituals associated with Diwali and fireworks originated in the 15th century, so the ban should be taken positively. At the same time, the Twitter user opposed Rupa’s claim and gave an example to show that the fireworks were part of Diwali. The debate between the two reached such an extent that Twitter suspended @TrueIndology. Delhi-Haryana and adjoining areas will receive rain this evening, cold wave will run from 27 Tulsi Vivah 2020: Follow these measures to keep basil from drying out in winter

If you have courage in BJP, arrest me, I will win TMC elections even from jail: Mamata Banerjee 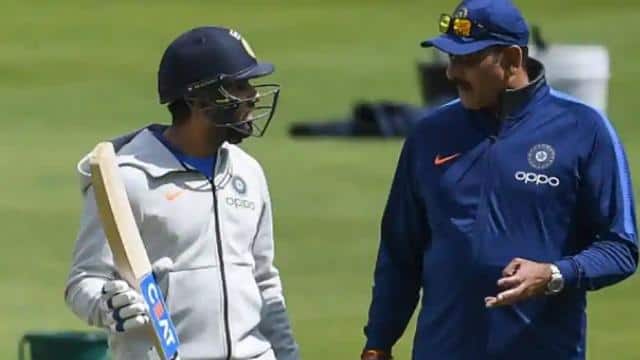 The eco decryption. Covid-19: the “whatever it costs” extended until January 20