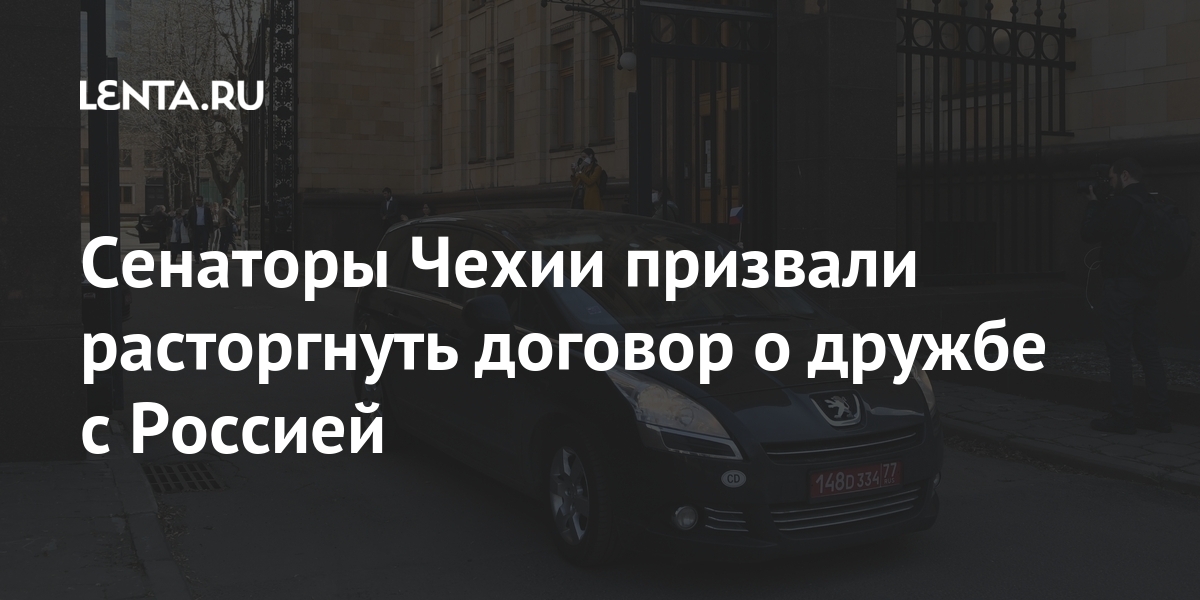 The Senate (upper house) of the Czech parliament called on the country’s government to terminate the agreement on friendly relations and cooperation with Russia. This was announced on Wednesday, April 21, by the Czech Television Agency (ČTK).

According to the agency, the Czech senators adopted a resolution according to which the explosions at the ammunition depots in Vrbetica in 2014, in which Prague suspects the Russian special services, are characterized as “an act of state terrorism against one EU member state, and therefore the entire EU.” … In addition, the senators called on the government to reduce the number of employees of the Russian embassy in the Czech Republic as much as possible, leaving the Russian ambassador.

The Upper House recommended that the government discuss this issue in the UN Security Council, as well as in NATO and EU bodies, and ask member countries for support and assistance. According to the Senate, the government should use “all the tools and opportunities that the membership in these organizations provides to the Czech Republic.”

Earlier on April 21, the Czech Republic delivered an ultimatum to Russia: Moscow was demanded to take back all the expelled diplomats. The head of the Czech Foreign Ministry called for the condition to be fulfilled by 12:00 on April 22. Otherwise, Prague promised to expel other Russian diplomats. Press Secretary of the Russian President Dmitry Peskov said in response that Moscow does not accept the stylistics of demands from other countries.

Relations between Russia and the Czech Republic have deteriorated amid accusations against the Russian special services, which Prague considers to be involved in an explosion at an ammunition depot in Vrbetica in 2014. This was followed by a decision to expel 18 Russian diplomats. In addition, on April 19, members of the Czech government unanimously decided to exclude Rosatom from the list of candidates for participation in the tender for the construction of a new power unit at the Dukovany NPP in the southeast of the country.

The alliance of the axis for the ascent