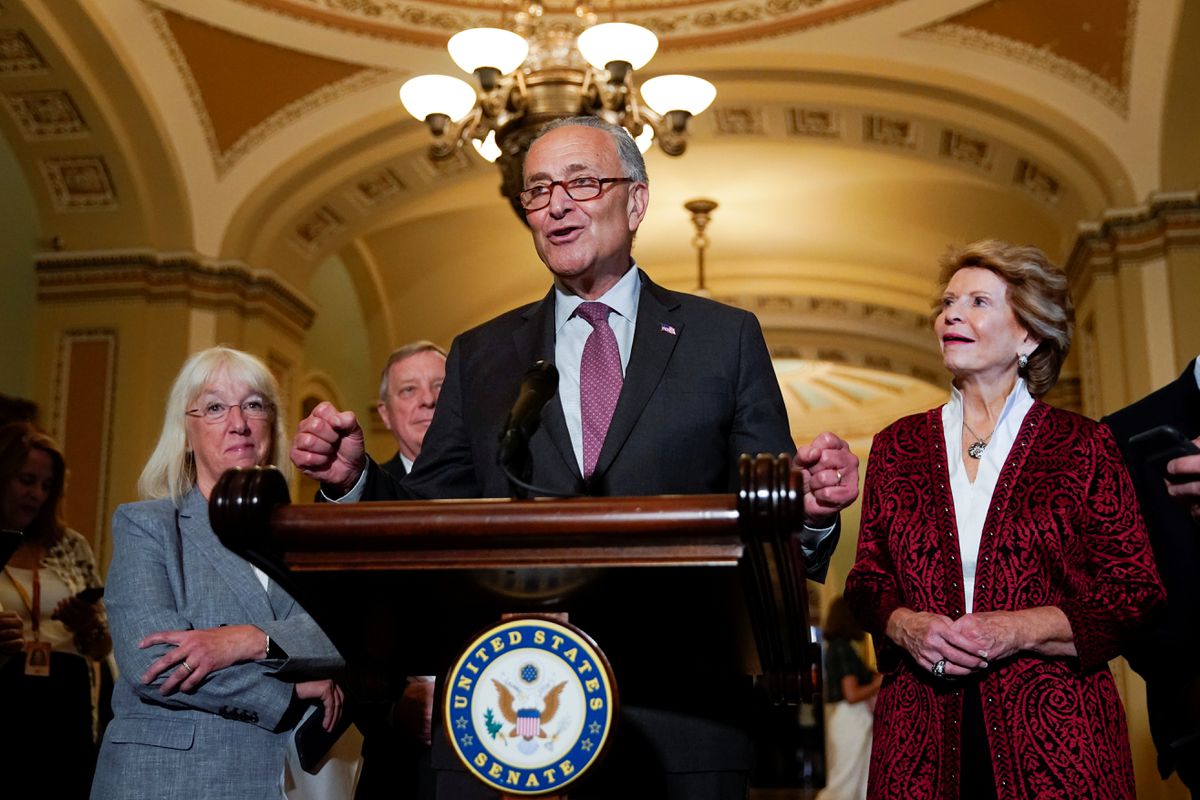 Senate Democratic leaders have agreed on an investment and spending proposal worth $ 3.5 trillion with measures to promote the fight against climate change and poverty, strengthen the Public Health program for the elderly (Medicare) and other goals of the Joe Biden Administration. The program, which will be debated this summer within a bill, adds to the bipartisan infrastructure agreement that is being finalized and reflects efforts to advance the new White House agenda as far as possible before control of the Capitol returns. be played in the November 2022 elections.

The pact was reached between the leader of the Democrats in the Senate, Chuck Schumer, and the members of the Budget Committee, which is chaired by the leftist Bernie Sanders. The amount is far from the six billion dollars that the progressive flank of the party claimed, but is close to the four billion that Biden raised at the end of April in his proposal for the infrastructure plan. In order to reach consensus with Republicans on physical infrastructure, Biden excluded all of those social investments from the package. That part of the agenda is the one Democrats are now trying to push in parallel.

“We are very proud of this plan, we know we have a long way to go, we are going to get this done in order to improve the lives of the average American,” Schumer said Tuesday night, announcing the proposal. “If you add that [los 3,5 billones] at $ 600,000 [de gasto nuevo] From the bipartisan plan, you reach 4.1 million, which is very close to what President Biden asked us, ”he added.

However, there is a long way to go to crystallize into concrete policies – and in hard and fast dollars. The president’s party is planning to process this plan through a legislative formula known as reconciliation, which allows a bill to be approved by a simple majority, without the need for Republican agreement, instead of the 60 out of 100 senators that are normally required. The upper house is divided 50-50 and, although the Democrats control it thanks to the decisive vote of the vice president of the country, Kamala Harris, in the event of a tie, they cannot afford to lose a single of their votes. And that negotiation begins now.

Few details of the proposal and its financing emerged tonight. Sparks fly when the debate reaches for tax increases, which Republicans reject. Biden has promised that any increase will be focused on the wealthiest and that working families, the middle classes, or small businesses will not pay more. President Biden will have lunch with Senate Democrats on Wednesday to discuss the plan and begin rallying support. It must also go through the House of Representatives, which the party controls with a slight majority.