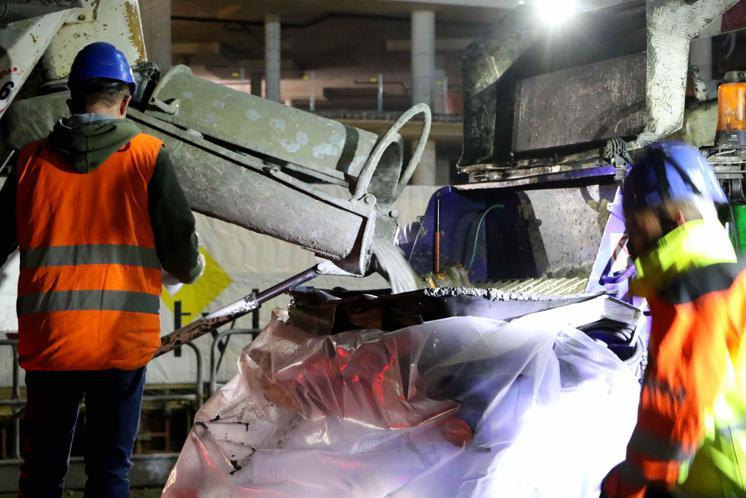 Government, trade unions and companies have signed, at the end of almost 7 hours of discussion, the common notice that commits companies to use the social safety nets before proceeding with the layoffs. According to government sources, the joint document was signed by Prime Minister Mario Draghi, by the Minister of Labor, Andrea Orlando, by the leaders of CGIL, CISL and UIL and by Confcooperative, Cna, Confapi and Confindustria. The establishment of a monitoring table at Palazzo Chigi to govern and follow any social emergencies was also associated with the common opinion.

“The social partners – reads the text released in the evening by Palazzo Chigi – in light of the solution proposed by the Government on overcoming the redundancy block, undertake to recommend the use of the social safety nets that the current legislation and the decree law being approved provide as an alternative to the termination of employment relationships. They hope and are committed, on the basis of shared principles, to a prompt and rapid conclusion of the reform of the social safety nets, to the start of active policies and of the processes of permanent and continuous training ”.

The agreement reached at Palazzo Chigi between trade unions and the government on dismissals, says the secretary of the CGIL Maurizio Landini, “seems to me an important result, which responds to the mobilization that took place on Saturday: we said that united we would carry out the initiative up to the result and today the result is there, because from 1 July, in addition to the selective block of textiles, the commitment is to use the ordinary cash register first, the tools, where there were organizational problems to resort to layoffs “. “This is an important fact – he continues – because it means putting the defense of work at the center and starting a process of confrontation, of merit. confrontation for the reform of social safety nets, for active policies and for training. The government’s commitment is also to address the other issues of fundamental reforms that must be implemented, because it is necessary that the world of work be involved in the changes and in the choices to be made in this country. Today is a very important day, I believe that the unity of the unions have produced a result not only for the workers but for the whole country “.

“It was an intense negotiation that allowed us to improve and strengthen the contents of the Sostegni bis Decree and the solutions identified yesterday by the Cabinet of the Government” said the secretary general of the CISL, Luigi Sbarra, at the end of the meeting at the Palazzo Chigi. “We have reached an articulated agreement”, he continues. Four fundamental points: “The Government has confirmed its willingness to introduce selective criteria in the extension of the redundancy block and in the extension of the Covid Fund, indicating in textiles, fashion and footwear the sectors concerned; 13 additional weeks of free cash will be introduced for all businesses, both for national crises in the Mise and for regional and provincial small and micro-disputes. There is an obligation not to dismiss until after having used up the new endowment “.

To this is added, continues Sbarra, also an important common notice between Cisl, Cgil Uil, Confindustria, Confapi, the Government-sponsored Cooperation System with which entrepreneurs undertake, before starting work relationship resolution interventions, to use all the institutional and contractual tools available and required by law. And therefore: layoffs, but also defensive and expansive solidarity contracts, agreements to reduce / reschedule working hours. Fourth qualifying element of the agreement. Sbarra continues, “there is a new monitoring table at Palazzo Chigi between the government and Cgil Cisl Uil to verify the progress of the agreement and resolve any critical situations”.

Furthermore, for the CISL it remains “essential” to immediately give a decisive impulse to active policies. “Pending a quick green light for a comprehensive reform, a solidarity fund must already be established in the decree in the pipeline to restart the relocation allowance and animate training and retraining courses for people on layoffs and in Naspi”. Overall, he continues, “we have achieved advanced mediation, with significant progress that capitalizes on the efforts of these weeks of mobilization in the workplace, in the territories, in the categories and with the events in Florence, Turin, Bari”. “Now our commitment will go on to verify the application of every single point and above all to start a concerted season of reforms and investments that on the one hand allow the construction of new networks of protection and universal promotion, and on the other quickly consolidate the economic recovery scenario “.

“It seems to me an important signal. First, because an answer is being given to the many people who in this period were worried about what would happen in the next few days and weeks”, said at the end of the table at Palazzo Chigi the general secretary of Uil Pierpaolo Bombardieri. “It seems important to us for the commitment of the government, President Draghi and Minister Orlando who have also spent their time in the joint notice with the social partners and have taken up our proposal to use the social safety nets available before starting any dismissal procedure. “, goes on. “There is the improvement of the crisis areas. There is a step forward towards a path that restarts with respect for the people of work”.