Seizing and confiscating 1,460 banned bird noises during the return season in Sharjah 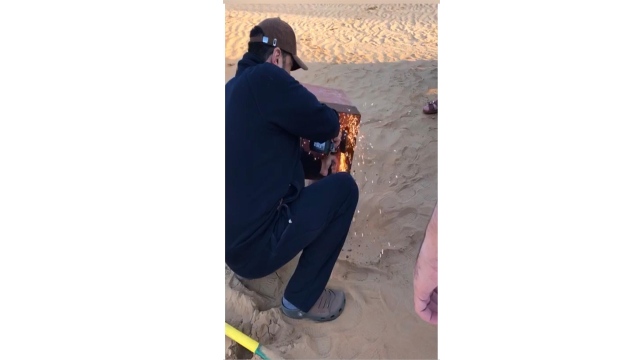 The teams of the Environment and Nature Reserves Authority in Sharjah seized and confiscated 1,460 devices that emit bird sounds during the return season of bird migration last March. The number (195 devices) increased from 1,265 devices in March last year to 14,6060 devices in March 2021, and the number of devices confiscated over the periods increased. The precedent is for several reasons, most notably: the expansion of the scope of inspection in the emirate, and the increase in inspection patrols.

Intensifying inspection campaigns and achieving the desired goal
The head of the Environment and Natural Reserves Authority here, Saif Al Suwaidi, said: “The authority is keen to implement its tasks and agenda in the best way, in everything related to preserving and protecting the environment, and spreading environmental awareness in various circles of society, in implementation and compliance with the directives of His Highness Sheikh Dr. Sultan bin Muhammad Al Qasimi, Member of the Supreme Council, Ruler of Sharjah, and a translation of his vision in preserving the environment, preserving biodiversity and environmental sustainability. Accordingly, the specialized teams roam the various regions and are following the attempts of some to carry out illegal fishing and use tools and devices to implement this illegal and inhuman mission, and work to control and confiscate Those devices and equipment, as well as conducting awareness campaigns about the dangers of overfishing and the need for the population to stay away from it. “

Al-Suwaidi indicated that the tasks of the teams were carried out within the framework of controlling and confiscating bird noises in the emirate, based on the decisions and laws issued by the Executive Council, and the continuous and unlimited support of the authority, as the inspection campaigns were intensified to control and confiscate the devices for issuing prohibited bird sounds, (Return season Bird migration last March), in the spirit of one team, cooperation and solidarity to carry out the duties and tasks assigned to them, and to achieve the goals and aspirations of the authority, where positivity, seriousness in work and determination prevailed in overcoming all challenges and risks, which had a fundamental role in covering all regions of the Emirate of Sharjah And achieve the desired goal.

1460 devices confiscated
The authority’s field and specialized teams, during their tours in various regions of the Emirate of Sharjah between (February 28 and March 28, 2021), were able to seize and confiscate 1,460 devices. These devices are used in hunting birds by attracting them through sounds, as they lead to the gathering of birds in large numbers around it, and from Then nets are set for them to fall into or throw with spray guns, as the handling of such devices has negative effects on wildlife and the destruction of natural resources.

Fight against poaching
The authority exerts all efforts, through its specialized teams and cadres, to combat poaching, whether for migratory land or marine birds, in addition to prohibiting the use of misleading devices and equipment for birds and deceiving them for the purpose of hunting them, and it seeks to emphasize the importance of preserving migratory birds, which constitute one of the conservation issues. The system of biological diversity in the country, and this is one of the strategic objectives of the authority.

The teams of the External Inspection Department face many challenges and dangers during the seizure and confiscation of bird noises during the migration season, but they are working to address them efficiently and competently, and to reduce this phenomenon.