See the advantages to the wolf 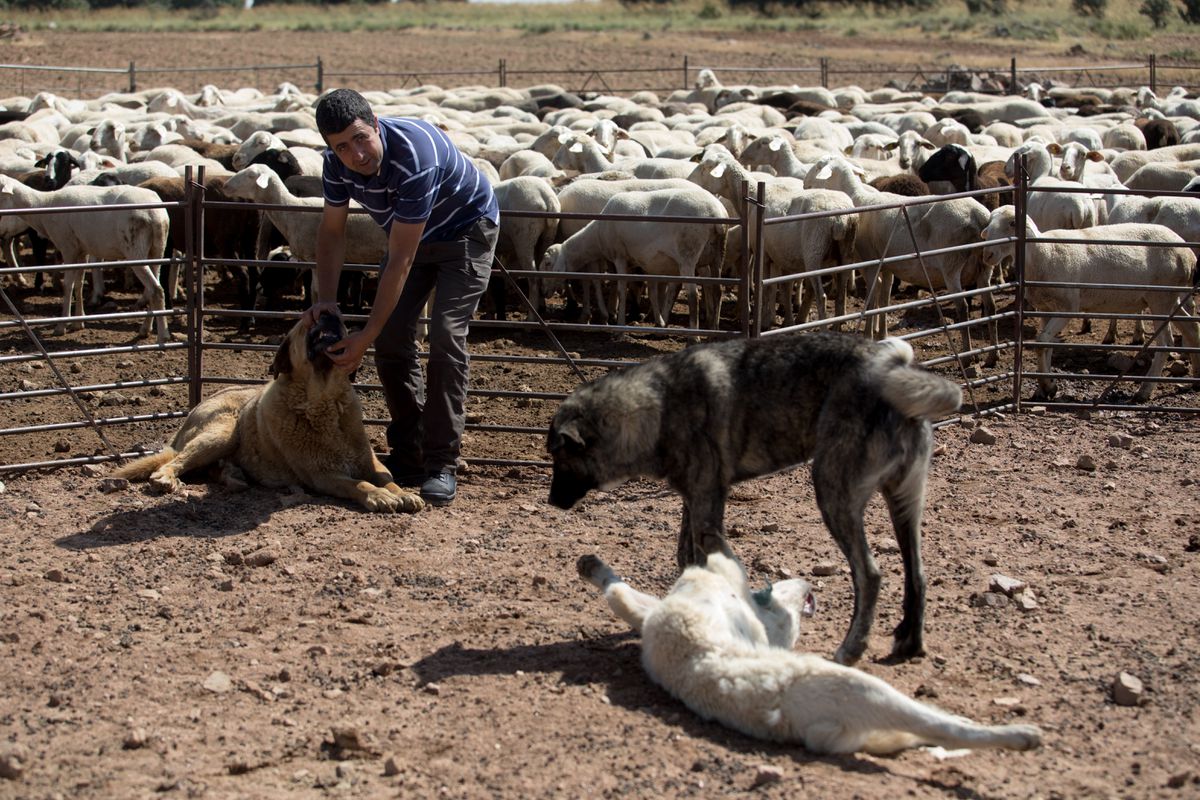 A wolf killed on April 20 in Javier Arroyo’s herd a 20-day-old calf when it was grazing freely in the municipality of Cortos (Ávila). In this province most of the attacks to the south of the Duero take place, an area in which the wild canid is strictly protected and cannot be hunted. Despite this loss, the only one in years, Arroyo has no doubt that “you can live with the wolf”, because he, from a cattle family for generations, puts it into practice every day. He has 50 adult cows, 20 calves and 650 sheep.

The government’s intention to increase the protection of the wolf and prevent its hunting has sparked protests from farmers. But Arroyo shows another perspective:

“Of course, in principle it is a problem for livestock and preventive measures must be adopted,” he reflects, “but I am clear that the wolf is part of the environment, it is here to stay and we have to live with it.” In addition, he adds, it is a species that “Controls ecosystems”, Because by hunting weak and sick wild animals (wild boars, or ungulates such as goats or deer) it cuts the spread of diseases such as brucellosis, scabies or tuberculosis, which are transmitted to livestock. “And hunting does not do that,” he points out.

“In this area there are no established herds, but there are wolves passing by,” says this 33-year-old farmer, graduated in agricultural engineering, as he walks alongside cows that have grazed for 10 days on a 300-hectare communal land. The cattle come and go as they please and always sleep in the field, but behind an electric shepherd (electrified cables with a small battery) that works as a fence and isolates them in plots of between five and 10 hectares. “With the wolf, the electric shepherd is not very effective because it can sneak between the cables, but this way I avoid that the cows are scattered, which would imply a greater danger, and I can manage the pastures”, he clarifies.

The big problem is the calves, not the adult cows, which defend themselves, especially the eight that come from Zamora and are used to dealing with the wolf. That is why Arranz groups the calving in September and in the spring, and the calving cows or about to calve graze elsewhere, on a plot also delimited by an electric shepherd. “This way I avoid having calves alone and since the mothers are closer together they help each other in the event of an attack,” he explains between a stallion and some calves that appear at a trot. In addition, for a month the cows have been equipped with a locator, which allows you to know with a mobile application where they are. Every day he or his father comes to check that everything is alright. “It is what we do, our main activity, and we live in Cortos, near the cattle,” he says.

With the wolf on the prowl, mastiffs have become essential for managing the herd of 650 sheep. They do not use them extensively with cows because it is more difficult to teach them. Javier has five specimens, who come to say hello when they hear the car. They are so big they impose, but they do not show any aggressiveness. After a while, they retire to nap next to the herd. “There is no problem if you do nothing to the cattle and if they are well educated,” he explains. They are not separated from the sheep even at night, when the flock is kept in a pen. He and his father herd them. The system has worked and they only had a scare in 2010 when a wolf grabbed a sheep by the neck. “My father saw it and the animal got scared and released it,” he says. He advises hikers to be careful if they come across a herd. With the mastiffs in the field it is best not to go towards the cattle, but to surround them, and not interact with them. If you take a dog, let it be tied.

“I do not understand why the people of the south of the Duero have gotten so fully into the controversy about the protection of the wolf north of that limit, because we already live like that, here you cannot hunt,” he says. In areas where the wolf is strictly protected, as is the case in Ávila, controls are allowed by the specialized nursery in the event that there are conflicting specimens. Last year the Junta de Castilla y León, the community in which the most specimens live in all of Spain (about 179 herds), allowed the capture of five of them. Above the Duero line, things change: Castilla y León’s harvesting plan allows capturing 113 specimens each year for three hunting seasons, until 2022. Of these, between 50% and 60% are lowered. Throughout Spain, it is estimated that there is a population of between 2,000 and 2,500, which are distributed in some 297 herds, according to the last national census, carried out between 2012 and 2014.

Arroyo complains about the lack of support from the Junta de Castilla y León. “It is true that they gave me a mastiff, but they do not teach you to handle it and that is essential,” he clarifies. What the regional executive in the south of the Duero does is pay the damages, as long as they are credited as wolf attacks. “The problem here is that the wolves have become used to eating calves because it is what there is most,” says Arroyo. What he does not agree with is that the depopulation of the rural world is due to the canid, because “it happens anywhere, whether there is a wolf or not.”

The increase in its protection to the north of the Duero announced for, at the latest, on September 25 by the Ministry for the Ecological Transition will make its management equal throughout the national territory, and it cannot be hunted anywhere. The measure has produced a strong rejection by the wolf communities (Castilla y León, Galicia, Cantabria and Asturias) in which 95% of the population of the species lives, and by the livestock associations, which ensure that the only way of coexistence is allowing it to be hunted as it has been until now.

José Ángel Arranz, general director of Natural Heritage and Forest Policy of the Junta de Castilla y León, explains that the problem with the establishment of preventive measures is the increase in costs that it entails. “We have lines of improvement and subsidies, but it is still the farms that have to carry out the adaptation, for example, the incorporation of a shepherd implies a large increase in costs that can make the farm non-viable,” he explains. He acknowledges that there are cases of success, but maintains that “they cannot be extrapolated to all farms, because there are some with large tracts of land and with loose livestock where they do not work.”