Second wave of coronavirus: the German ambassador asked for more vaccines for Argentina and criticized Russia and China 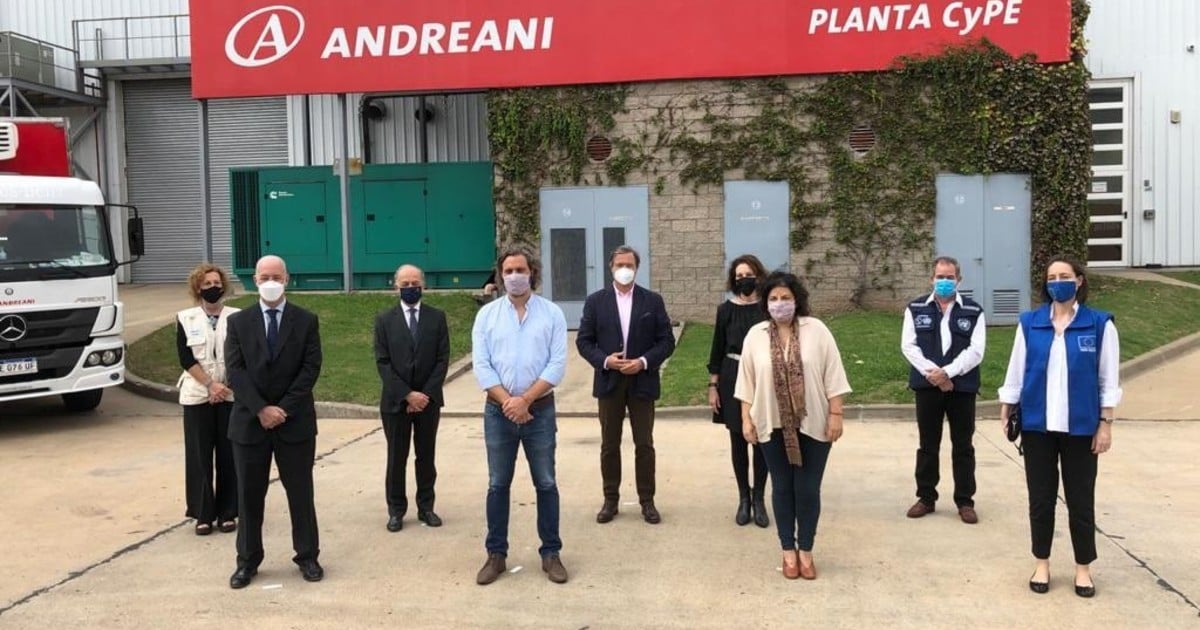 International conflicts and geopolitics intersected with the arrival in Argentina of 864,000 doses of the AstraZeneca vaccine. They arrived this Sunday and are part of another batch sent by the Global Fund for Access to Covid-19 Vaccines, created under the orbit of the United Nations.

In a suggestive but clear tweet, the German ambassador to this country, Ulrich sante, advocated in the last hours for the shipment of more drugs to combat the coronavirus, while leaving in evidence the West’s misgivings against the growing presence of Russia and China and in Latin America, in reference to the diplomacy that these last countries have mounted in places like Argentina, with their sale of vaccines such as Sputnik V, and of medical supplies to combat the pandemic.

“The sample of gratitude in social networks x the arrival of 864,000 vaccines in Argentina x #COVAX shows that we need more international solidarity. It is necessary to convince #Rusia and #China to also contribute and stop looking for political benefits through intransparent bilat deliveries “(sic), wrote Sante, one of the most active diplomats in Buenos Aires today.

The sample of appreciation in social networks x the arrival of 864,000 vaccines a 🇦🇷 x #COVAX It shows that we need more international solidarity. You have to convince #Russia Y #China q also contribute and let them seek political benefits through intransparent bilat deliveries. pic.twitter.com/D65ECHTsUa

“Official account of the Ambassador of Germany in Argentina. Art lover http://aufrechtundquer.eu. In love with sailing and horse riding,” says his site on Twitter where with his posts does not hide criticism from his country and from all over Europe to the immense military mobilization ordered by Vladimir Putin on Russia’s border with Ukraine and his warnings that there may be a full-scale war in eastern Ukraine, where there is a strong pro-Russian population presence, which

Sante was in Ezeiza this Sunday with the United States business manager, Mary Kay Carlson; with the UK Ambassador, Mark Kent; with the Portuguese José Ludovice, and with the ambassador of the European Union, Aude Maio-Coliche. The diplomats accompanied the Cabinet Santiago Cafiero and the Minister of Health who received the KLM flight that brought the 864,000 vaccines from AstraZeneca of the COVAX mechanism, which last March had sent the first 218,000.

Argentina has requested 9 million from COVAX, but at the moment 2 million vaccines have been granted, most from AstraZeneca.

Germany supports #COVAX with € 2,500 million, because #COVAX it is equitable and multilateral and does not seek political favors. The important thing is to defeat the virus and revive our economies! 2/2

“Together with @SantiCafiero and @carlavizzotti colleagues from the fund’s biggest donors #COVAX today we visited the distribution center for the 864,000 doses that arrived at dawn and today they will go directly to the provinces. A sample of solidarity and international coop. 1/2 “, said the German ambassador on Twitter to later recall that” Germany supports #COVAX with € 2,500 million, because #COVAX is equitable and multilateral and does not seek political favors. The important thing is to defeat the virus and revive our economies! 2/2 “

This Monday, by radio Miter, Ambassador Mark Kent also recalled that the Britain was supporting “strongly alongside other countries” the shipment of vaccines from the COVAX fund. “Yesterday I went to the reception together with government ministers and other ambassadors. This mechanism is administered by the WHO. The vaccine that arrived yesterday was from AstraZeneca which is a British and Swedish company at the same time. The AstraZeneca vaccine is an interesting vaccine Not only because of its affordable price because the company will not gain anything from the vaccine, but also because it is easily transported. In the UK we have used this vaccine“He proudly stated about the drug, which was the subject of a scientific and economic bid between London and Brussels, which would be in the process of being surpassed.

The United States is the country that put the most money into the COVAX fund, with about US $ 4,500 million dollars, and the Government has been asking Joe Biden’s management to speed up these shipments. But clearly, the Western rulers, pressed by their own internal problems, also want to show their international actions in regions of strong Chinese and Russian influence, through the Sinovac, the Sinopharm and the Russian Sputnik, which made strong footing in Argentina.

Last Friday, the head of Aerolineas Argentinas, Pablo Ceriani, wrote on Twitter that on the eleven flights they made to Russia 4,467,745 doses of the Sputnik V vaccine have already been brought to the country.

Angie Arizaga: “The chemistry that my father has with Jota is super”