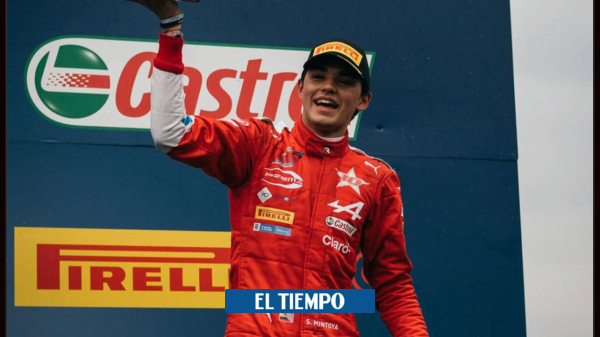 The Escudería Telmex Claro rider, Sebastián Montoya, got a good score this weekend at Circuit Park Zandvoort, in the Netherlands, in the fifth double round of the European Formula Regional Championship.

In the first race in Zandvoort, the Claro driver achieved the eighth position in the Dutch circuit, being the second best rookie in this heat on Saturday.

(Sergio Higuita, extraordinary: second in the Tour of Switzerland 2022)
(James Rodríguez, with another interested party: the new club that entered the bid)

”The speed was good and I made a small mistake putting a lot of pressure. I lost positions and after the restart the tires were a bit bad, but I was able to pass two. Honestly, it was a difficult and rollercoaster day. I’m happy with the points and we’re going with everything for tomorrow”, Sebastian had pointed out.

Sunday’s race was much better for the driver of car #58 of Prema Racing, who, after starting third, finished the race of 21 total laps in fourth position, one step away from the overall podium, but being first in the Rookie Cup.

See also  The European Commissioner for Health: "The weight of omicron is enough to overwhelm many health systems"

With these results, Sebastian consolidates himself as leader of the Rookies and ninth in the general classification with 40 points in your account.

The next date runs at the Hungaroring from July 8 to 10.

(Santiago Buitrago, fearless to fight for the lead in Bahrain)
(Sergio Higuita: clear and up front with his performance in the Tour of Switzerland)