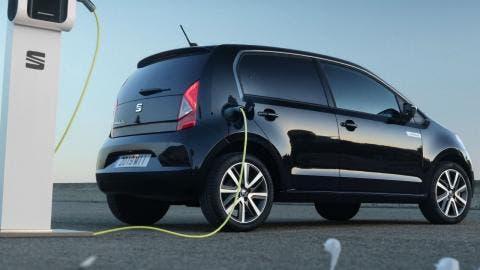 Reyes Maroto, Spain’s Minister of Industry, Trade and Tourism, revealed the news at an event organized by the UGT union, saying that the government planned to access EU funds for a public-private consortium.

“The project will allow the development of… the necessary infrastructure, installations, and mechanisms to autonomously and competitively manufacture a connected electric vehicle,” Maroto said.

Previously Korean electronics giant LG had announced it was considering a proposal to convert Nissan’s doomed car assembly plant in Barcelona – slated for closure in December 2021 – into a battery factory.

The Spanish government had offered direct aid of € 600 million towards the € 1.6 billion cost of the proposed takeover.

Spain is the second largest electric vehicle manufacturing country in Europe after Germany. If given the go ahead, the plant would be LG’s second battery facility in Europe. Its first is in Poland.

It was planned that it would supply batteries to SEAT, which has the largest car factory in Spain in Martorell. It is not known how the proposed Volkswagen Group plant would affect the LG plans.

SEAT recently announced that it intends to invest € 5 billion by 2025 in R&D for the development of vehicles, especially electric ones.

Nissan had been suffering from overcapacity, with the Barcelona plant operating at only 20%. The firm’s global output will be reduced by 20% with plant closures in Spain and Indonesia.

The regional Catalan government had hoped to save the Barcelona factory by giving € 3 million towards the cost of a new paint facility but Nissan decided this was not enough.

Tuchel: Chelsea fear no one in 'Champions'

The NBA comes out in defense of Westbrook: “It cannot be tolerated”