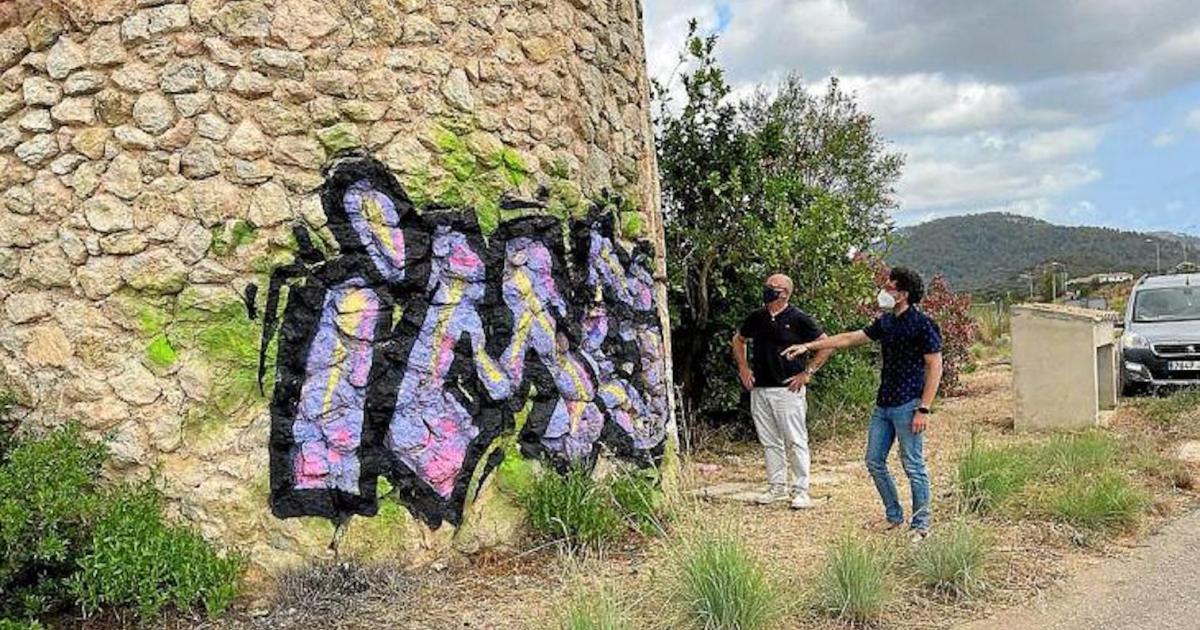 An investigation has been launched in sa Pobla to find out who daubed graffiti on the They are Cladera Mill, which is a protected building.

The mill has been tagged with the initials ‘IMG’, which can be clearly seen from the Inca highway.

A signature consisting of a capital ‘Z’ and a symbol that could be a number 1 or a lower case ‘q’ has also been painted on the mill and a paint pot that matches the colors used has been found nearby.

Patrimoni Councillor, Antoni Simó Tomàs has already taken steps to try to identify the person responsible and will present a formal complaint to the Guardia Civil and a report to the Consell de Mallorca on Tuesday.

A Municipal Heritage Technician has also prepared a report, which will be delivered to the Benemérita barracks in sa Pobla, along with several tests that could help locate the graffiti artist.

The Son Cladera mill dates back to the 19th Century and is included in the inventory of water extraction mills prepared by Fodesma for the Consell de Mallorca.

It partially collapsed during a storm in 2010 and the Department of Carreteres undertook the restoration project with the collaboration of Patrimoni. It cost 85,000 euros to consolidate the structure and make the roof waterproof.

The Council is assessing the damage to the mill and working out how to remove the paint.

Meanwhile, Mayor Llorenç Gelabert and Patrimoni Counselor, Antoni Simó Tomàs have appealed to local residents to help them identify the person or persons responsible for the graffiti.

They could be accused of a crime against property and the Department of Patrimoni, which owns the mill may also decide to take legal action.