Search for Guadalupe: the baby’s father asked to testify again to provide a new clue 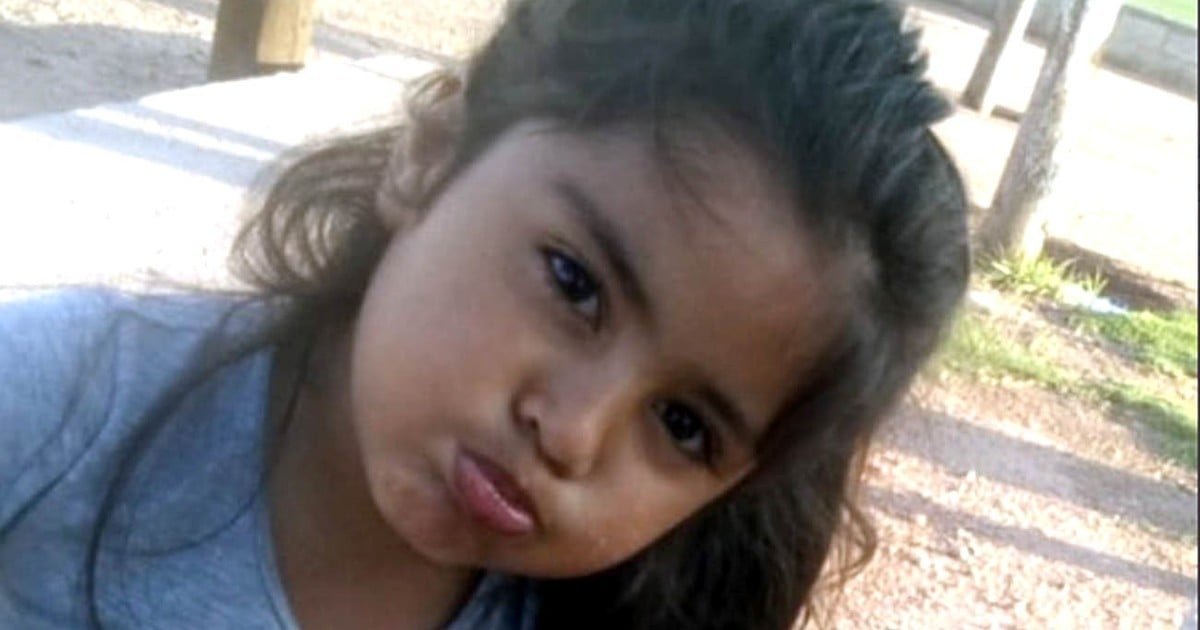 While the Police desperately search for Guadalupe, the 5-year-old girl who disappeared in San Luis, her father, Eric Lucero, asked the Justice to expand the statement to provide new information.

According to her lawyer, the girl’s father wants to provide information that came to him in the last hours and that would be linked to “a close relationship with other family members”.

Lucero’s request was presented this Saturday in court. It is not yet confirmed when he will be summoned by the judge in the case, Ariel Parrillis.

Guadalupe disappeared on Monday while playing outside her aunt’s house. The search operations were deployed in different parts of the capital of San Luis, without results.

Lucero prayed this Saturday that if someone has it, “don’t hurt them” and that “if they feel cornered, hand it over or leave it somewhere.”

“I want my daughter back with us and I want her alive. I would like to know that my daughter is well, “said Lucero.

The man maintained that “he has no prior record,” he affirmed that he “never” sold drugs or accompanied “anyone anywhere carrying drugs.” Thus, he sought discard the versions that speak of an alleged narco revenge linked to the girl’s relatives. For that reason, Lucero asked that Justice open other avenues of investigation.

“I have no doubts that the police are looking for her and we are all doing everything to find her, and nothing. It is desperate,” Lucero said.

The man pointed out that “the worst possibility” of finding the girl without life is latent and commented that with Yamila, his ex-wife and mother of Guadalupe, “it’s maddening to live (this situation) in one’s own flesh “.

“I’m lifeless”Lucero said about the five days that passed since the girl disappeared from the 544 Viviendas neighborhood, located south of the city of San Luis, when I played on the sidewalk from an aunt’s house, at a birthday party.

The rakes to search for Guadalupe Lucero, this Saturday, in San Luis ANSL Photo

Lucero works at the southern San Luis hospital, where she performs cleaning tasks.

“I am a maid and I work for the inclusion plan, I have rotating hours and outside the hospital I always have the odd little job, because I always worked in construction,” he said in dialogue with the channel. TN, before going to a mobilization scheduled for this afternoon in support of the search for her daughter.

And he added: “We want the search for Guadalupe not to stop, so that this continues to make noise everywhere, and that whoever has any data give it. Because the investigation is running out of clues.”

For his part, Héctor Zavala, a lawyer accompanying Guadalupe’s father, reiterated that the avenue of investigation of drug trafficking should be discarded.

“We think the investigation has to take another direction,” Zavala said. And he added: “Not only we are saying it, but it is also being said in the Justice. All the telephones and no antecedents in the girl’s parents that reinforce this hypothesis. “

The lawyer also confirmed Lucero’s request to expand the statement they made at first. The objective, it transcended, is to provide other data that were arriving in the last hours.

Likewise, the lawyer considers that although the hypothesis of a sexual attack is not ruled out, the data they have “point to another sector, to a close relationship with other members of the family, which they will make known in due course.”

“We want you to be seated in the cause that we provide this information,” said the lawyer.

The rakings in search of the girl continued this Saturday in the southwest and northwest areas of the city. The bed of the Dique Chico, which was drained on Friday, will also be reviewed, a task to which the volunteer firefighters from Córdoba and Mendoza will join.

The investigation is now focused on analyzing in depth all the information collected, including the data that emerged after the offer of the Nation of 2 million pesos.