Scratch opponents and disseminate your personal data on a K site 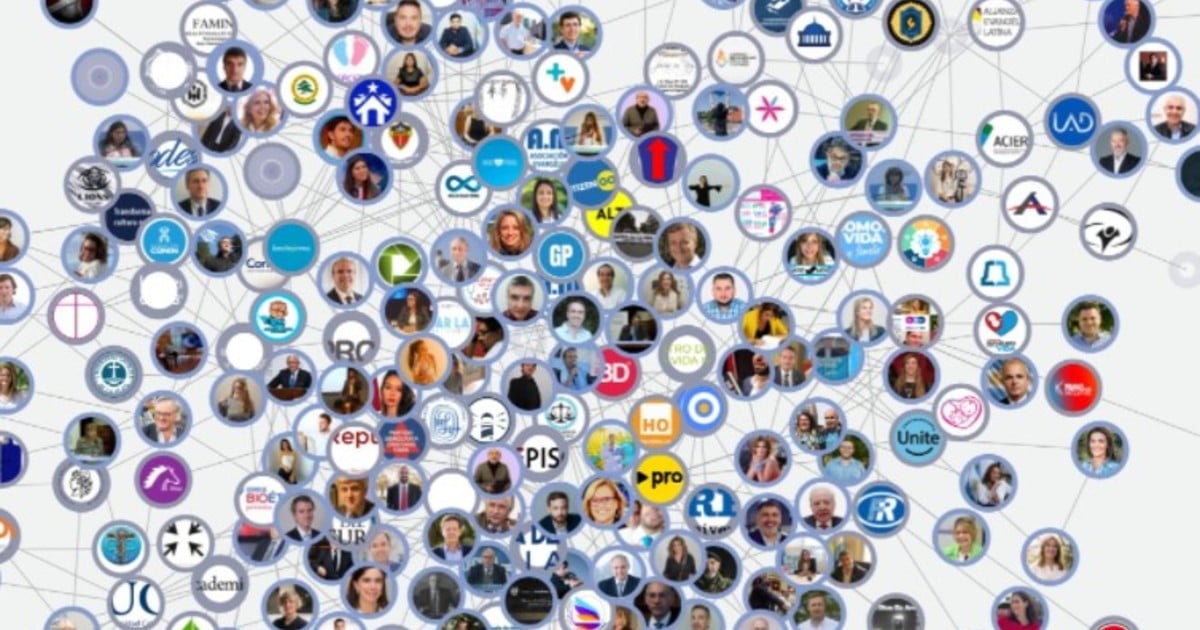 A group of political and social leaders of the opposition and journalists were evicted on a Kirchnerist website. There, a list was drawn up which they called “Conservative reaction”, in which they published the names, links, photos and personal data of leaders, all accused for their positions against the decriminalization of abortion.

In the escrache there was a database with personal files of the deputies Marcela Campagnoli, Gustavo Hein and Estela Regidor, among dozens of political and social leaders, such as Toty Flores, as well as the parties UCR, PRO and the Civic Coalition, among others. Also included are the economist Javier Milei, his colleague and former candidate for president José Luis Espert in addition to several catholic institutions.

The list and the personal data were compiled by a group of feminist journalists, made up of Ingrid beck, Soledad Vallejos, Paula Hernández, Flor Alcaraz, Paula Rodríguez and Juan Elman, who were financed by the feminist organization International Federation of Family Planning.

The escrache, which was spread on the reaccionconservadora.net domain, was later reproduced on the news portal ElDiario.ar as if it were a journalistic investigation.

But it unleashed such a level of controversy and repudiation in opposition and on social networks that the website it was finally closed. The main reactions to the escrache questioned the inclusion of personal files, names, photos, background and links.

“The creation of a black list or an invitation to escrache cannot be dressed as journalism,” questioned deputy Mario Negri, head of the Juntos por el Cambio (JxC) interblock.

Later, JxC released a statement in which it repudiated “the blacklisting in democracy ”and they ask“ to preserve the quality of our democracy and defend freedoms in a time marked by individual restrictions and little tolerance for dissent ”.

“It also points to the PRO, the UCR and the CC as parties that are part of a scheme of ties that also includes young people and militants who are stigmatized as the “new right”, and whose privacy is violated by exposing images and information exhibited by their relationships, courtships or ties to NGOs, social, religious or party organizations ”, states the statement.

With the hashtag “The Gestapo Argentina” other victims repudiated the publication.

Film director Juan José Campanella affirmed that “it is surprising that they do not even realize how big they are. This is not progressivism, it is outright fascism. They are the most reactionary in the country and have no moral limit ”.

A specialist consulted by Clarín assured that “the Personal Data Protection Law prohibits the creation of databases with information on people’s affiliation and political ties, since current regulations consider them sensitive data.”

Those responsible for Eldiario.ar, who promised to publish the alleged report in stages, stated that “Ingrid Beck and several of the team members they were threatened by phone and his personal data was leaked “and they repudiated the escraches and threats.

The authors of the escrache presented the opposition leaders as “individuals and organizations and their identifiable relationships with the conservative reaction. The search can be done through different filters: by activity (social networks, political parties, churches, media, state powers, think tanks, among others), territory or individually by name. Clicking on each photo the corresponding biography and its network of links appear “.

From the LED Foundation, founded by Silvana Giudici, they repudiated the initiative, stating that “the making of lists or personal files on any citizen and their publication on the web to be stigmatized under a negative bias due to its ideological position, whatever it may be, it puts at risk the exercise of the most elementary human right, such as freedom of thought and opinion ”.

The holder of the Buenos Aires UCR, Maximiliano Abad, opined that “the website” Conservative Reaction “is an example of persecutory practices that we believed to be extinct. Including the UCR, a show of ignorance that we deeply regret ”.

The deputy Mónica Frade accused the Conservative Reaction of being “revamped intelligence services in journalistic format “.

One of the defenders of the escrache was the deputy of the Frente de Todos Gabriela Cerruti. “The right does not support that you call it right. It does not want you to name it,” he said. The initiative was also supported by Leandro Cahn, executive director of the Fundación Hupedes, and the deputies Mónica Macha and Cristina Álvarez Rodríguez.