SCR catalyst, what it is and how it works on diesel with AdBlue 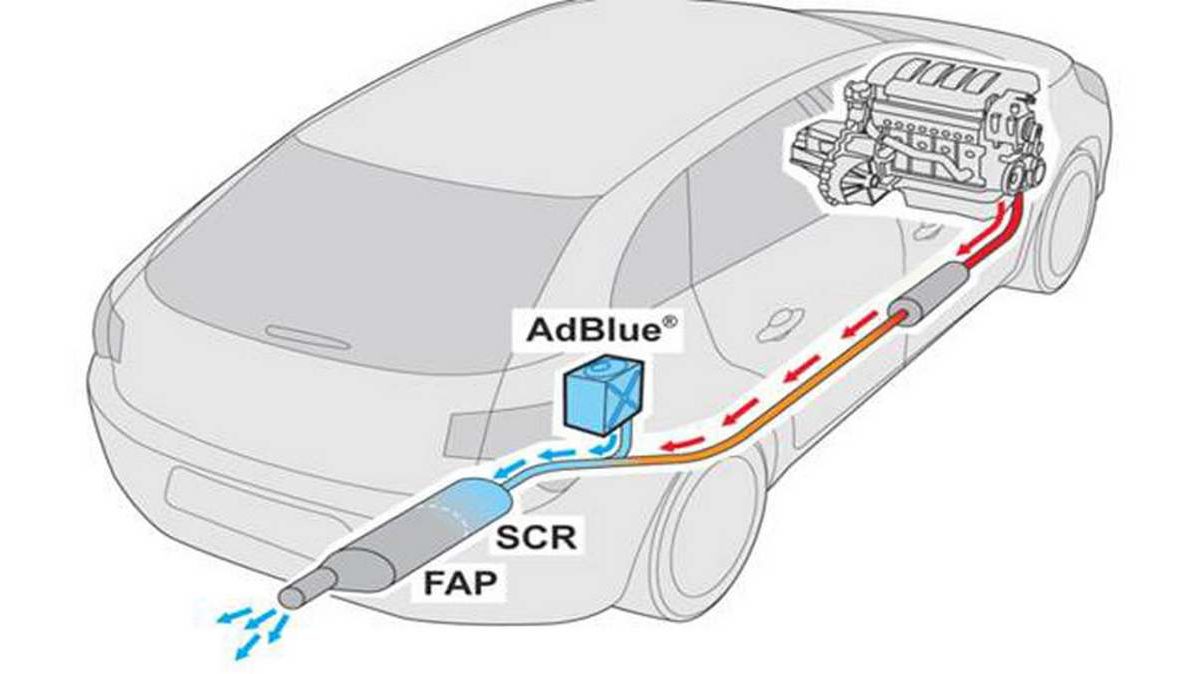 To break down the NOx polluting emissions modern diesel engines use i SCR catalysts. This acronym stands for Selective Catalyst Reduction, i.e. catalyst a selective reduction, a component of the car that breaks down emissions of nitrogen oxides thanks to the use of the reducing agent AbBlue.

Why is the SCR catalyst used on diesel engines? The high temperatures combustion of diesel engines cause the reaction of the nitrogen present in the air (which is composed of about 79% of this gas) with oxygen: therefore we find in the exhaust gases the nitrogen oxides, usually referred to as NOx. The molecular forms who can assume are the NO monoxide, the nitrogen dioxide NO2 (irritating to mucous membranes and respiratory tract), the trioxide N2O3 and the pentoxide N2O5 (very soluble in water, they give rise to acid rain).

The very stringent limits imposed by the regulations Euro 6 for NOx made it necessary to use SCR catalysts (Selective Catalyst Reduction), which break down nitrogen oxides, turning them into nitrogen and water vapor, thanks to the injection of the additive AbBlue and to the porous ceramic septa covered with vanadium of which these devices are made.

The SCR, in engines Peugeot – Citroën, is installed upstream of the particulate filter: second PSA, this choice determines important operating advantages for both the trap for nitrogen oxides (over 90% conversion) both for the FAP (faster regenerations).

HOW DOES the SCR catalyst WORK?

Let us understand how the SCR catalyst works with AdBlue. Thanks to the particular properties of the metals that form the SCR catalyst (titanium, vanadium and tungsten oxides) and to thethermal energy of exhaust gases, the nitrogen oxide molecules are “disassembled” in nitrogen and oxygen (which reacts with hydrogen to form water molecules).

For this reaction to take place, it is necessary to introduce Adblue into the SCR catalyst: it is a solution composed of 32.5% from urea (brute formula CO (NH2) 2, solid at room temperature) et al 67.5% from distilled water. The injection takes place upstream of the catalyst, in a percentage of 3-5% compared to diesel, so consumption is around between 1 and 1.5 liters per 1,000 kilometers.

AdBlue mixes with the exhaust gases and forms ammonia (NH3): the chemical reduction (acquisition of electrons) that follows transforms nitrogen oxides and ammonia into molecular nitrogen (N2) and water, obviously harmless compounds. The reactions that occur are:

The reaction with oxygen takes place in an oxidizing catalyst downstream of the SCR catalyst. This device favors the oxidation of the gases that pass through it. Here the ammonia, oxygen and nitrogen oxides are transformed into nitrogen and water.

Oxidizing catalysts can also be mounted upstream of the SCR, because by transforming NO into NO2 they facilitate the work of the SCR.

👉 Also read that what is AdBlue

👉 Read other topics dealing with this aspect all grouped for convenience below “catalyst” where you can also find the FAP / DPF / SCR.

They sell The One, the most expensive mansion in the US: it has 21 bedrooms and 42 bathrooms