Scientists have warned of the onset of the “impossible” heat 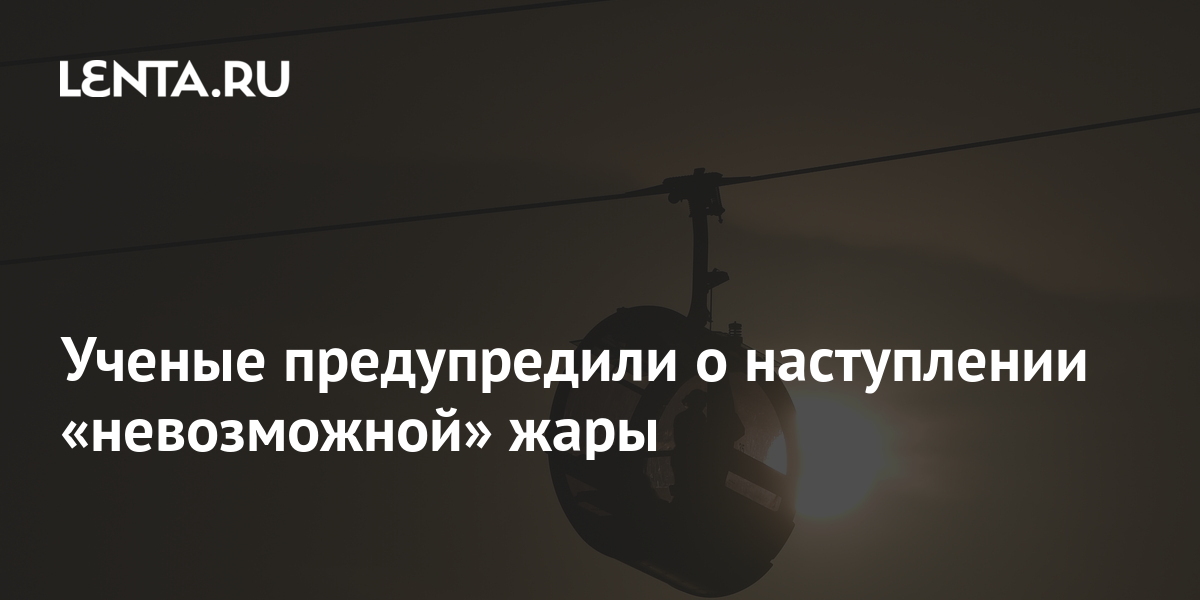 Scientists have warned that soon the “impossible” heat will come on Earth. Writes about this Sky News.

Experts recalled that recently in the Canadian village of Lytton, an unprecedented temperature record for this region of 49.6 degrees was recorded, which provoked forest fires and led to the death of hundreds of people in the United States and Canada. According to scientists, the planet has crossed the threshold at which a slight warming can lead to an extreme rise in temperatures.

As a result of statistical analysis, experts have come to the conclusion that such heat usually occurs in the range of thousands of years and, if not for global warming, it would have happened 150 times less often, experts of the group on the study of weather phenomena from World Weather Attribution believe. “It is possible that today we are seeing extreme heat, which was expected with much greater warming,” said Frederick Otto of the University of Oxford.

According to the forecast of the specialist of the Royal Netherlands Meteorological Institute Sukier Philippe, in the future such heat on Earth will be much more frequent, although this was “impossible” before. If the temperature on the planet rises by an average of two degrees by 2040, then cataclysms similar to what happened in Canadian Lytton will occur every five to ten years, scientists concluded.

Earlier, scientists from Monash University in Melbourne and Shandong University in China estimated that several million people die every year due to global warming. They analyzed data from 43 countries on all continents and found that people died of colds 0.5 percent less often, and the number of deaths from heat increased by 0.2 percent. The highest mortality rate from heat was recorded in Europe, from cold – in African countries.