Scientists have proposed to create a sperm bank on the moon 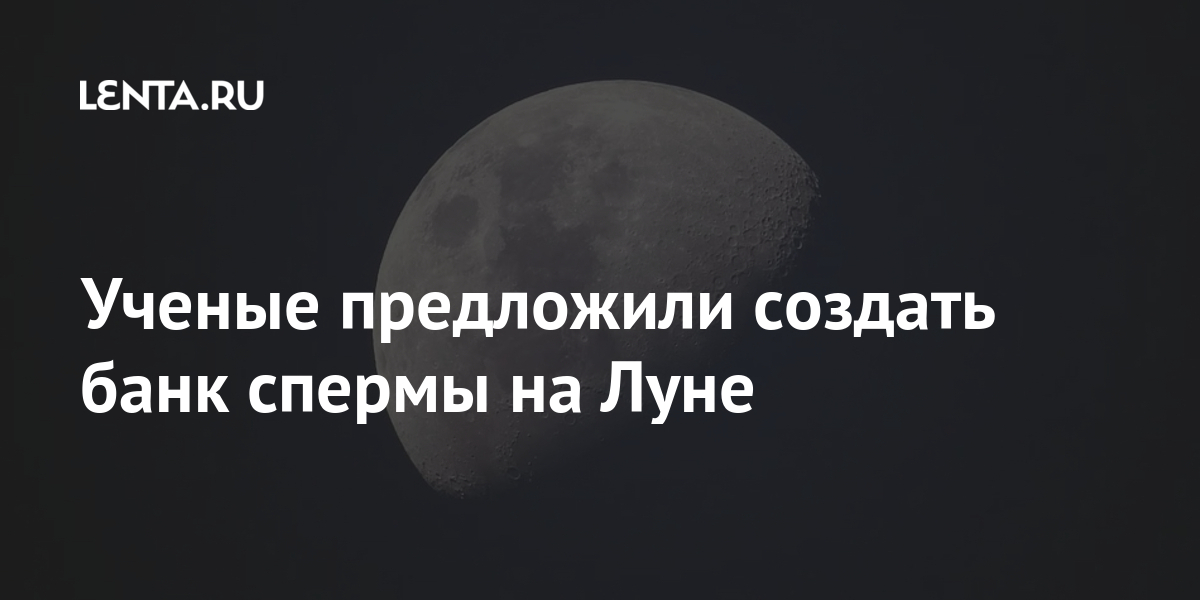 Scientists from the University of Arizona (USA) have proposed to create a sperm bank on the Moon in case the Earth dies. Writes about this New York Post.

Researchers want to send samples of reproductive cells of 6.7 million species of living organisms, including humans, to a natural satellite. The supposed “ark” is planned to be kept under the surface of the moon.

As a scientist at the University of Arizona Jekan Thanga said during an aerospace conference at the Institute of Electrical and Electronics Engineers, today the Earth is unstable due to natural disasters, drought, asteroids and the possibility of a nuclear war. Therefore, he believes, it is necessary to preserve life in the diversity in which we know it.

A storage with biomaterial is supposed to be created in lunar lava tubes – tunnels up to 100 meters deep, which will protect the samples from temperature extremes, meteorites and radiation. The bank can store 50 samples of each type of reproductive cells. To transport them, 250 rocket launches will be required.

Earlier, an international team of astronomers discovered that the famous exoplanet orbiting the star GJ 1132 lost its original atmosphere, but acquired a new one. Thus, the planet transformed from a mini-Neptune into a rocky world similar to Earth.

Increase in the number of cases: are children the new risk group?