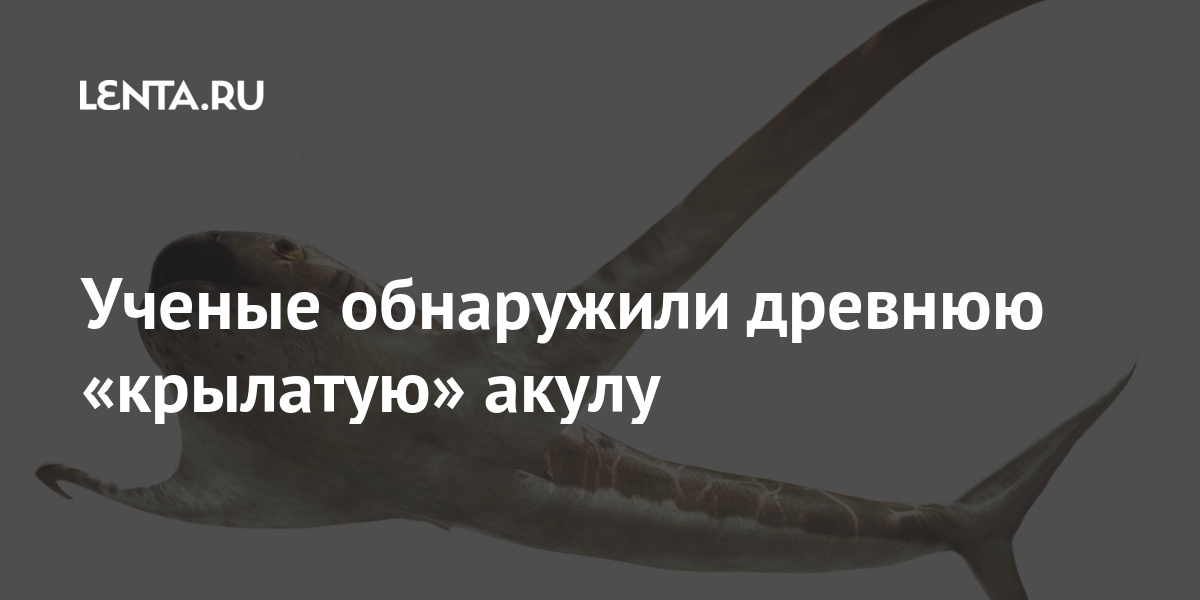 Paleontologists have discovered in northeastern Mexico the fossilized skeleton of a “winged” shark that lived in the Late Cretaceous. The description of the new species, named Aquilolamna milarcae, was published in the scientific journal Science.

The shark looked more like a stingray due to its long fins, which spanned up to 1.9 meters.

Paleontologists have concluded that Aquilolamna milarcae lived about 93 million years ago and probably ate plankton. Comparison of its anatomy with 26 modern species of sharks showed that this species belongs to the order of Lamniformes – the same as the white shark (Carcharodon carcharias).

The unusual body shape is explained by the fact that the shark did not need to quickly chase after prey. Aquilolamna milarcae also used their fins as a stabilizer to keep from rolling over.

Earlier in January, scientists at de Paul University in Chicago found that megalodon cubs are already being born large. The reason for this is that in the womb, some embryos develop rapidly and begin to devour other embryos. This phenomenon is called oophagia or intrauterine cannibalism.

He lived 35 years with a wrong diagnosis of terminal cancer: ‘I am not the product of a miracle but of a medical error’