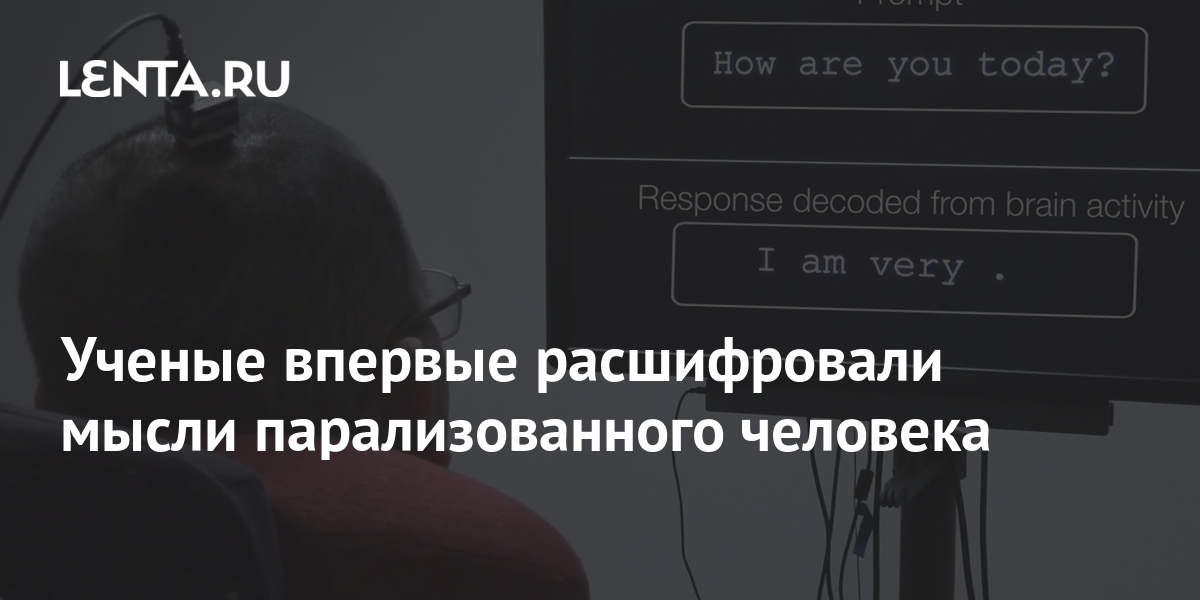 American scientists at the University of California at San Francisco first developed a neuroprosthesis that is able to read human brain waves and convert them into sentences. A new device for reading minds is reported by Science Alert.

The experiment was conducted with the participation of a nearly completely paralyzed 36-year-old man, codenamed BRAVO1, who suffered a stroke at age 20. As a result, he began to suffer from anarthria, that is, an inability to speak clearly, although his cognitive functions remained unchanged. Previously, researchers placed electrodes on brain surgery patients with normal speech to decode signals that control the vocal tract and were also able to identify patterns for predicting words.

As a result of a brain stem stroke, BRAVO1 was unable to move its head and limbs normally, and communicated using a laser pointer attached to a baseball cap. For several months, the researchers read the neural activity while the patient tried to pronounce words such as “water”, “family” and “good.” To associate patterns of neural activity with specific words, the researchers used artificial intelligence.

As a result, the system learned to decode up to 18 words per minute with an average accuracy of 75 percent. Scientists asked the subject questions, for example, “How are you?” and “Would you like some water?” and he could answer “Okay” and “No, I don’t want to drink.” According to scientists, this is the first successful demonstration of direct decoding of full words based on the brain activity of a person who is paralyzed and cannot speak.