Science | Power ultrasound cleans industrial pipes like an oral hygienist. The invention of a Finnish professor helps to reduce emissions from factories. 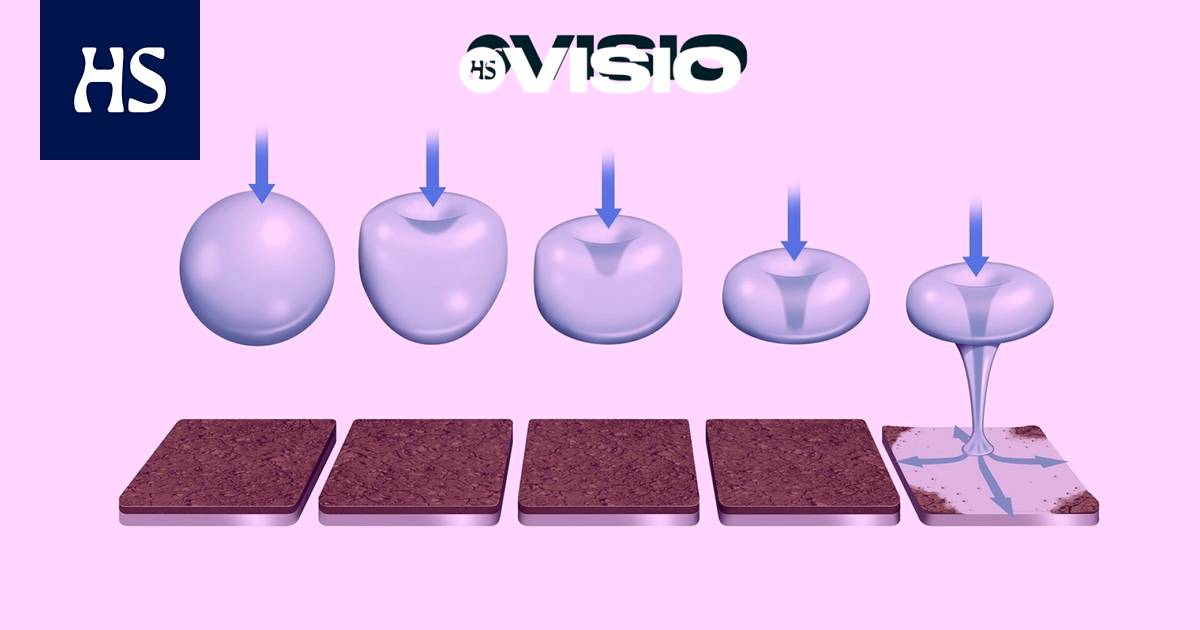 Ultrasound wave hits a microscopic air bubble in a liquid more than 20,000 times per second. A sound wave causes the air bubble to collapse.

It causes microwaves in which the temperature and pressure field are formed a hundredfold. This nanoscopically small reaction takes place simultaneously in thousands of air bubbles, and literally blows the dirt away.

A common application for ultrasound is tartar removal. However, the ultrasound used for cleaning is quite low-power, with only about one watt of vibration.

The power ultrasound used by Altum Technologies in industrial piping is about a thousand times more efficient, in the order of one kilowatt.

“No one else had been able to control power ultrasound before. And still unable to. No such solution had been developed, ”said Altum Technologies, CEO Matias Tainela says.

The invention of a Finnish startup is significant, as it brings significant savings to the industry.

What makes Altum’s technology particularly valuable is that ultrasound can be used for cleaning without stopping the entire plant process. Downtime is expensive in the industry. At the same time, it makes industrial processes more environmentally friendly.

The technology has been used for several years in Metsä Fibre’s pulp mills and the former Vapo, now Nevel district heating plants in Forssa, for example.

Now Altum Technologies has received a capital investment of EUR 5 million to accelerate its international growth, especially in the United States. The investors were Lähitapiola, the state-owned private equity company Tesi and Maki Ventures. The company has also received a loan and other financing for an additional five million euros.

At the same time, the company says it has acquired Nippon Steel, the world’s third largest steel company, as a distribution partner and customer. Altum’s technology will be part of a cleaning service sold by Nippon Steel Engineering to its own industrial customers.

Altum Technologies’ ultrasonic transducers mounted on an industrial pipe. The photo was taken from a US customer’s facility.

Self the device is a sensor mounted against the tube, from which the ultrasonic wave is transferred to the liquid flowing inside the tube. It comes with electronics in the size of a large refrigerator that contains the control cables for the ultrasonic sensors. Altum Technologies leases the equipment to its customers.

Ultrasound, on the other hand, is controlled to run along the inside of the tube, for example, with software for which Altum sells a monthly license.

Pollution is a universal problem in industry, whether in the energy, pulp, steel or mining industries.

One examples are from the forest industry. There, Tainela tells of a customer whose factory pressures for a particular pump rose so hard every month that the equipment had to be stopped and cleaned. The outage lasted a week – and now it’s not needed.

“With our technology, the surface of the heat exchanger can be kept clean. A clean surface also means that less fuel is needed to heat, and it reduces the plant’s emissions and costs, ”says Tainela.

Where cleaning was previously performed with chemicals, an important environmental benefit arises from the reduction in the use of cleaning chemicals.

The pressure fields generated by the ultrasound inside the tube are shown in the observation image as red and blue areas. Picture: Altum Technologies

Tainela and another founder of the company Bo Malmberg came across the idea of ​​using ultrasound when they sold various environmental technology solutions to industrial customers in the early 2010s. Some Finnish customers asked if an ultrasonic solution for cleaning pipes could be found on the market so that the plant could be kept running during cleaning.

No one was found, so Tainela started calling the researchers. Everyone pointed towards the University of Helsinki, and a professor of materials physics Edward Hæggström research laboratory.

Over the years, several other promising Finnish startups have sprung up around Hæggström’s research team, the most advanced of which has been preceded by Nanoform, which is on the Helsinki Stock Exchange’s First North growth companies list.

“I called Edward and he was immediately interested. He had not thought that ultrasound could be used in this way in industry. And to be able to control it, you need cutting-edge expertise in power ultrasound, machine learning and software, and power electronics. It can only be found in laboratories like the Hæggström team, ”says Tainela.

See also  Formula 1 | The Guardian: McLaren CEO suspects no guarantee of Hamilton's continuation in Formula One

Haegström, who made the original invention, showed his research team the right experts, i Timo Rauhalan and Petro Moilasen, to develop technology forward.

Founded in 2016, Altum Technologies now holds 10 patents based on this innovation, and the same number of patent applications.

Over here To date, the company has implemented twenty pilot projects for its customers, about half of which have been transferred to regular customers. The company’s turnover stagnated for a few years, but last year it tripled from 0.6 million euros to about two million euros.

Some of the large industrial customers have tested the solution in one of their plants and are now planning to adopt the technology more widely.

According to Tainela, the slow growth has been due to the conservatism of industrial customers and the slowness caused by the korona.

“In large groups, the terms of the sales contract can be negotiated for six months. It takes patience. ”

The savings seen in test use will speak for themselves in the end. According to Tainela, for example, a large international customer revealed that the technology saved the pilot plant savings of eight million euros a year.

However, the new Japanese partner Nippon Steel Engineering brings with it much higher growth prospects than before, Tainela believes. Royalties are expected this year.

“They’re looking to make a billion-dollar sale with this service, which is largely based on our technology. It is a strategic agreement that will bring us tens of millions of euros, even in the short term. ”

Former head of Bolivia complained about beating in prison