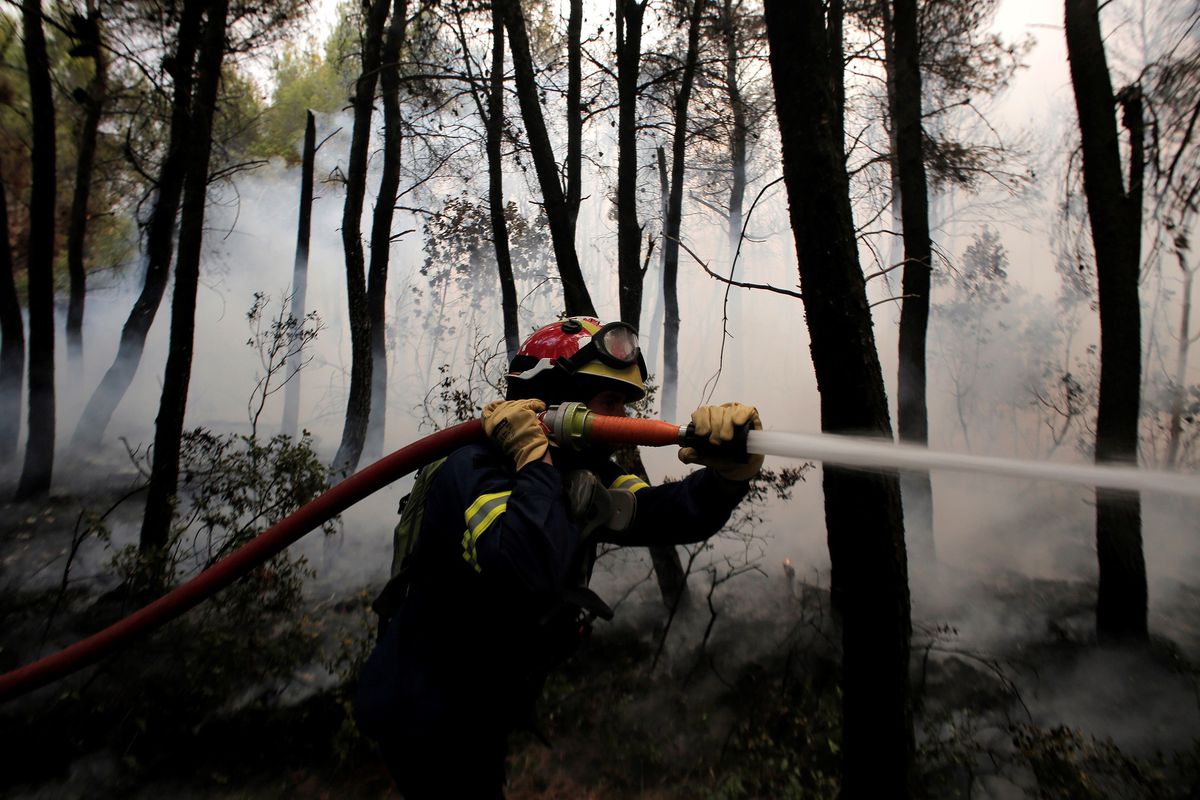 The latest report from the United Nations’ group of experts on climate change (IPCC) presented on Monday constitutes a devastating warning about the impacts that are already irreversibly changing the planet. Now it is the turn of the political battle, because paying attention to the “red code” of the scientists requires a radical transformation of our society that is not easy at all due to its enormous economic and social implications. As summarized by Christiana Figueres, former executive secretary of the United Nations Convention on Climate Change, “This report is one more reminder that we need to accelerate global efforts to move away from fossil fuels.” For this daunting challenge, important commitments are already underway, but key decisions must be made in negotiations at European and global level in the coming months.

As the study by Working Group I of the IPCC’s sixth assessment report released on Monday shows, the hotter the planet gets, the worse the consequences will be. And many of the scientists’ hopes to avoid worst-case scenarios go through the Glasgow World Climate Summit (COP26) due to be held in November. “COP26 will be the moment of truth,” says Figueres, who defends the validity of the Paris Agreement, of which he was one of the architects in 2015. “Everything we need to avoid the exponential impacts of climate change is feasible. But it depends on the solutions advancing exponentially faster than the impacts, and that we get on the path of halving global emissions by 2030, ”says the Costa Rican.

The final objective of the Paris Agreement is that the average temperature of the planet does not rise more than 2 ° C with respect to pre-industrial levels, trying to limit this increase to 1.5 ° C. The scientific work of the IPCC ensures that in all the analyzed scenarios the barrier of 1.5 degrees is exceeded in the next 20 years, but there is still a case in which the temperature drops again and remains at this level by the end of the century . This is the most optimistic alternative, if rapid and large-scale emission reductions are already carried out.

The most pessimistic scenario is that these gases continue to be emitted at the same rate as now, which would raise the temperature by 4.4 degrees, and multiply the intensity and frequency of extreme events. Outside of the report, reality, as Wendel Trio, director of Climate Action Network (CAN) Europe, is that with the current reduction commitments of the countries on the table, the planet is going to an increase of about 2.5 ° C. “It is insufficient, to reduce the risk of extreme events such as the fires in Greece or the floods in Germany and Belgium this summer, countries must understand that they must do more,” says the director of this network of environmental organizations, who claims that China and the United States, the main emitters on the planet, as well as the European Union, increase their commitments for the Glasgow summit.

Specifically in Europe, in July the European Commission introduced the Fit for 55 package to increase climate ambition. This proposal includes increasing the commitment to reduce greenhouse emissions to 55% by 2030 and other measures such as that from 2035, new cars or vans that emit carbon dioxide cannot be sold, which in practice means vetoing gasoline, diesel, gas and hybrid engines five years before the new Spanish Law. For the director of CAN Europe, “the 55% reduction by 2030 is in line to not exceed 2 ° C, but more is needed to get us on the 1.5 ° C trajectory”. As you note, within the European Union there are countries such as Poland or Bulgaria that are reluctant to increase commitments, but at the same time consider that the IPCC study gives strong arguments to other European partners or the European Parliament itself to ask for more ambition.

“For the automotive sector, the electric car is an alternative that does not change things so much, the same as renewables for electricity companies, but there are other sectors for which it will be much more difficult, such as agriculture. , the aviation or industries like the one of the steel ”, comments Trio. “That is why it is necessary to go much faster in the reconversion of those sectors in which it is easier and thus leave time for the others that are more difficult.”

The IPCC study ensures that, from the point of view of science, of the laws of physics, it is still possible to stay at 1.5 ° C. But now we have to see if it is also true with the laws of the economy and citizenship. In politics, some strong measures can also have an electoral cost. As Pedro Linares, professor at the ICAI School of Engineering and director of the study center, points out Economics for Energy, “It is good that people react to a report like this, but you have to be aware that solving this is very complicated.” “There are certain things that can be solved with a technological change, which in some way should not mean radical changes, but when you need to continue reducing emissions there comes a time when technology is not enough,” says this expert. “Even assuming that all cars and buildings could be electrified, agriculture, waste and industry are still lacking,” Linares emphasizes. “Either you start reducing consumption or there is no way.”

For the director of the Economics for Energy study center, the 2018 IPCC report that specifically analyzed the 1.5 ° C target made it clear that it was necessary to achieve climate neutrality in 2040-2050, which means that the The only emissions that will continue to be generated by then are those that can be absorbed by natural systems. “That is a barbaric change, but when you see that Europe and the US, which are the most advanced, commit to neutrality in 2050, when that year should be for everyone, then you see that it is not there.” However, Linares considers that “it is not necessary to resign oneself”. “Maybe some new technology allows us to buy some time.”

Changes in the production and transportation system

Andreu Escrivà, environmentalologist and author of the book on climate change And now what do I do, agrees that one of the main political battles is at the Glasgow World Climate Summit to increase the commitments of countries under the Paris Agreement, but considers that there are many other fronts open at different scales. “We are talking about changing the system of production, transportation and, basically, how the world works. This is very scary, but you have to think that the world has changed many times. This one that we know today has nothing to do with that of pre-globalization or with that of pre-wars. We know what it takes: to abandon fossil fuels. And this is where the problem comes, because fossil fuels represent much more for our society than gasoline pumps ”.

According to Escrivà, what the IPCC study says is not so new, but the force with which it does it is, unusual in the scientific sphere. “This report is a jug of cold water of realism, but there are people who still think that it is enough to separate the plastic at home.” As he highlights, “you have to consume in a different way, move in a different way, live in a different way. I think we are leaving too much in the hands of the market, which is too slow for the changes we need. The big polluting oil companies are taking the longest to adapt and are delaying environmental legislation. We need regulations that support these changes. We need very fast, very direct changes ”, he emphasizes.

Héctor Tejero, climate activist and one of the authors of the book on the climate crisis What to do in case of fire?, considers the 1.5 degree scenario really difficult. “Taking into account the economic and political panorama, it is very difficult for us to start reducing emissions next year,” says the deputy in the Madrid Assembly for Más Madrid. However, he also believes that the most catastrophic scenarios in which high consumption of fossil fuels continues to occur should be ruled out. “Right now we are heading to the intermediate scenario, but that means exceeding two degrees,” says Tejero, who believes that, beyond specific numbers, we must ensure that the temperature of the planet rises as little as possible. What is very clear to him is that the IPCC report is also a wake-up call to projects such as the expansion of El Prat or Barajas: “The report is saying that we have to accelerate the transition; To think that economic development is in building airports is totally contrary to this ”.