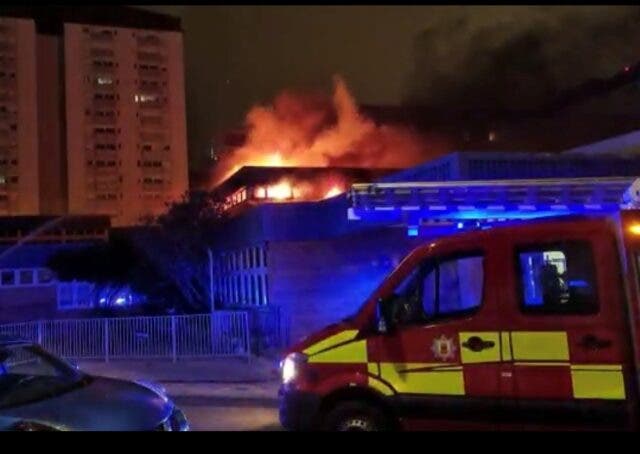 WORKERS are putting in extra hours to make sure children can return to a school gutted by fire in the early hours of March 28.

The blaze completely destroyed one classroom while smoke and water used to put out the flames damaged eight other rooms.

While the RGP investigated the possibility of it being an arson attack, electricians and workmen fought against time to bring the building up to speed for the children’s return from the school holidays.

As a result of the disruption, the Department of Education has decided to bring the different aged children to school in stages.

On April 6 teachers will hold a staff day and all Governor’s Meadow pupils are being asked to stay at home.

The following day only Nursery and Reception age children will come into the school, with the rest of the pupils joining in on April 8.

School chiefs will make sure lessons in affected classrooms are moved elsewhere in the former comprehensive school building which hosted nearly 1,000 children only two years ago.

The Department of Education wishes to thank teaches, parents and children for their help in these tough times.

The well-being team and counsellors will be on hand to help any one that need help with the traumatic effects caused by the blaze.

Imanol: «We have done something great, but now we want to make history»

Japan to dump Fukushima water into the sea once treated