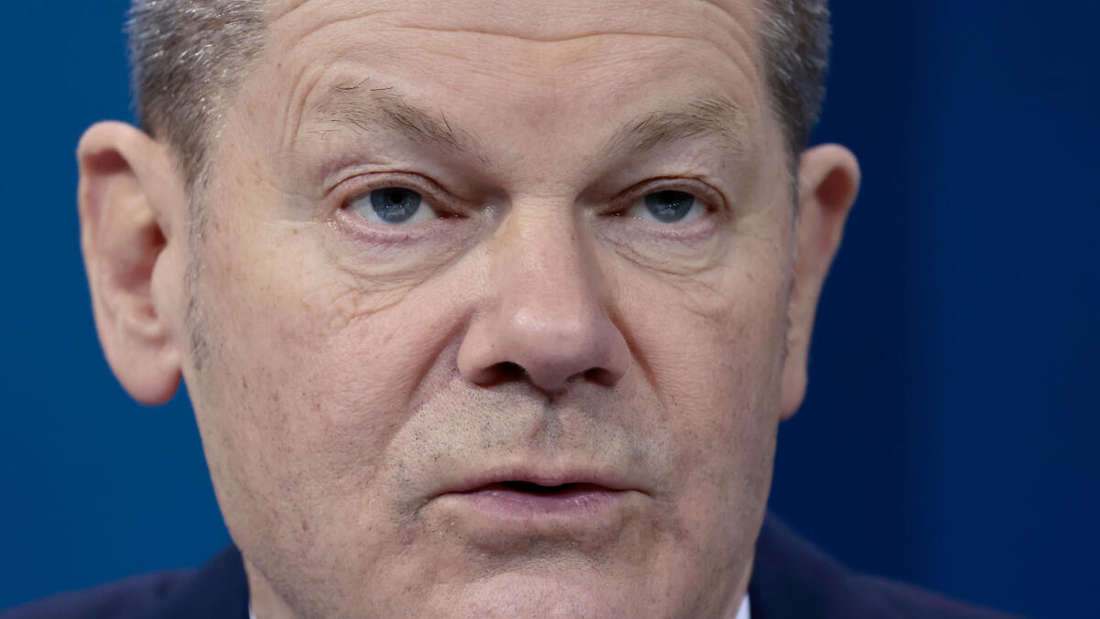 Olaf Scholz is more a technocrat than a brilliant speaker. This becomes clear at the press conferences for the Corona summit. But his style also has good sides, analyzes a rhetoric expert for Merkur.de.

Munich/Berlin – It was a bit as if Markus Söder’s (CSU) spirit of rhetoric was still floating in the Chancellery. “Our ultimate motto for today: It’s about neither loosening nor tightening,” said Berlin’s Governing Mayor Franziska Giffey (SPD) as the first sentence at the press conference after the Corona summit on Monday (January 24). Choose catchy words, formulate key points briefly and to the point. Chancellor Olaf Scholz (SPD) also emphasized a point in the Söder manner that should stick with the audience: “stay on course”. Otherwise, the podium hardly resembled the speech habits of the CSU leader.

Olaf Scholz in the rhetoric check: “He exudes calm”

“Chancellor Olaf Scholz remains true to himself,” analyzes Ortwin Lämke from the Center for Rhetoric, Communication and Theater Practice in Münster in an interview Merkur.de. Scholz spoke slowly and clearly. Sometimes, however, Scholz spoke very quietly at the Corona-PK, almost mumbling a little. A Twitter user commented on the monotonous voice with a sequence of monotonous G notes and isolated rests on a sheet of music.

“He exudes calm yet is wide awake and weighs his words very carefully even as he formulates an answer. You can almost watch him doing speech-thinking, as we call it. The way he looks into the void in front of him for long periods of time reveals that,” comments rhetoric expert Lämke on Scholz’s appearance. As a scientist, too, it should be noted that Lämke gives a subjective impression. But he also calls Scholz “refreshingly boring”, after all, many would probably have had enough of the excited tone in the Corona debate long ago. There is peace and quiet.

Scholz also remained calm in his gestures. “All the more you notice narrowed eyes, a frown or a smile. The observer tries to deduce something from this, but usually cannot be sure of the meaning.”

At one point on Monday evening, however, it quickly became clear what Scholz wanted to underpin: “Once a really happy smile crosses his face, plus a dynamic movement with his fist when he reports on the non-partisan approval for Health Minister Karl Lauterbach in the conference. It seems as if he is almost proud of his minister. “After all, Lauterbach is “a really great minister”, Scholz formulated almost enthusiastically for his kind. In hardly any other moment of the evening did the SPD politician seem so euphoric.

Only when it came to the vaccination campaign did Scholz bring himself to show more campaigns. He sat up, held up a new campaign sign and clenched his fist. “A very lively moment,” comments Lämke. The vaccination appeal then fell out again sober.

A press conference is of course not an election speech. “If the chancellor were to engage in polemics here, an undiplomatic formula, a laugh in the wrong place or even unfiltered openness, the Federal Press Office would be busy for the next few days with pure damage limitation,” explains the expert from the Westphalian Wilhelms University in Münster. But Scholz’s rhetoric has long been an issue. For years he has been nicknamed “Scholzomat”. Scholz also masters typical politicians’ talk.

“Besides Scholz, even Hendrik Wüst seems lively and Franziska Giffey almost shines there,” says Lämke. Scholz only used words like “dramatic” carefully. While others reported harsh attacks, Scholz spoke of a “solidarity discussion” or simply says: “There was another discussion.”

An important clarification that viewers might have expected at the press conference: why are the rules largely the same when the corona numbers are currently skyrocketing? In his opening statement, Scholz did not address this fact much. The Prime Ministers next to him spoke more about the previously lower numbers in intensive care units and the changed situation due to Omicron. The SPD Chancellor then used journalists’ questions to get rid of statements on this. “We don’t want to give the impression that this is the moment to relax. He’s not” or: “Now isn’t the moment to say, ‘Well.’ But that is the moment when you stay on course,” Scholz then underlined.

All of this shows him, the habitus “of knowledge of the files, of objectivity, of the balanced word”, as Lämke calls it. “Olaf Scholz’s habit is not that of a public speaker in the sense of someone who inspires and inspires people.” But the voters would have known that with Scholz they were choosing a chancellor of soft words, “not a political boaster”.

(Traffic lights ahead of big tasks – you can find out what the SPD, Greens and FDP are planning in our political newsletter.)

Chancellor Scholz’s rhetoric: “He could do more with the melody vocally”

Scholz therefore does not need rhetoric coaching. But: “He could do more with the melody vocally, gain a bit of comprehensibility, so that you might prefer to listen to him and not always have to concentrate so much to stick with it. That would make things easier.” Lämke had already scientifically analyzed Scholz’s speeches during the federal election campaign. “But it’s not what I think people expect from a chancellor. The office has other tasks than serving the emotional balance of the voters.”

Since Scholz will remain in the limelight as chancellor for some time to come, it is foreseeable: “There will probably still be crises in which Olaf Scholz, like Angela Merkel, shows feelings. But that is basically not his public task. Politicians should cry in private. If they do it in public, it’s usually crocodile tears.” (cibo) Nuclear war? One target of the Russian attack is in Italy. Here is where it is

F1 | Verstappen, Sainz and Bottas called up by the commissioners