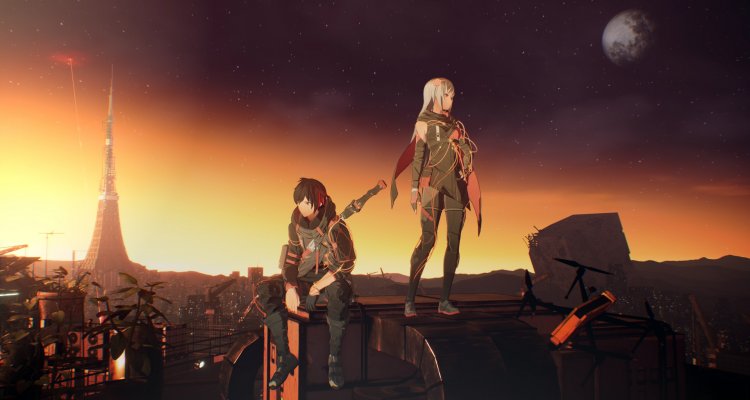 Scarlet Nexus, the new action RPG from Bandai Namco, is back to show itself with a long and in-depth gameplay video during the Xbox Showcase Extended, which showed in more detail how the game works, various situations and the game world.

Kouta Ochiai, art director of Scarlet Nexus, illustrated the particular vision of the game world in this video, also showing some sections of the gameplay, including combat and exploration. Among the various things we see the Suoh city, considered one of the greatest in the game world, central setting for Scarlet Nexus.

The inspiration for the style with which the city was built comes from the vision of Tokyo and Japan in the 90s and from the classic futuristic style of these. As for the graphic technique, Ochiai explained that he wanted to find a particular effect by mixing the cel shading used for the anime-style characters with the more realistic 3D modeling of the scenarios in the background.

Another particular effect sought by Ochiai is the fact of taking some realistic elements and modifying them in terms of size and characteristics, in order to create different impressions. For this reason, in the city of Suoh there is a huge structure that reflects the style of the Tokyo Tower but it is ten times as high as the original, resulting in a truly impressive view of the surrounding scenery.

The enemies by Scarlet Nexus, or the Others, which have also been designed to impress, merging some natural and realistic characteristics with others completely imaginative.

Scarlet Nexus is now on its way, with the release date set for June 25, 2021 on PC, PS4, PS5, Xbox One and Xbox Series X | S. There is also a demo available on Xbox and PlayStation.