Scariolo: “We wanted to take a step looking towards the future” 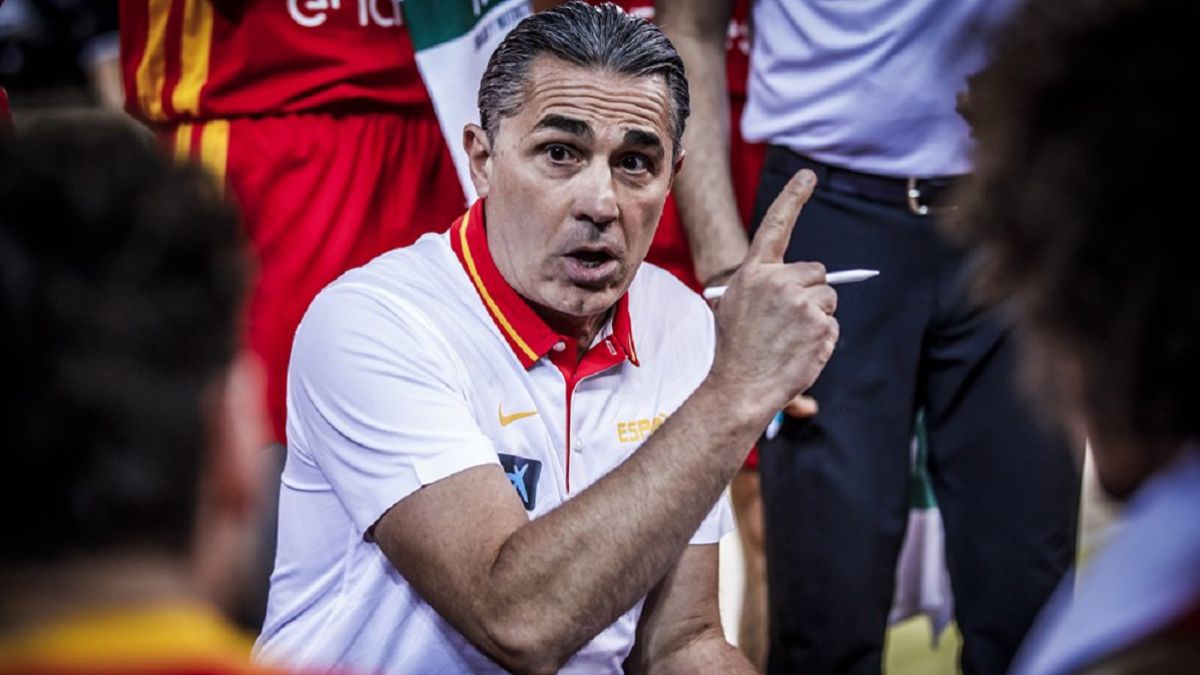 The Italian coach Sergio Scariolo, Spanish basketball coach, explained after giving the list of summoned to the preparation of the Olympic Games in Tokyo, which includes Pau Gasol after recovering from a two-year injury, which they will have to do “one use smartest” of their playing minutes.

“The use has to be quantitatively more intelligent to be able to ensure that during the entire course of the competition Pau does not run risks of overloading and can reach the last matches, which I hope we are “, Scariolo reflected in a telematic press conference after providing the list of 18 players who will prepare for the Olympic event.

The eldest of the Gasol brothers returns to the national team, with which his last championship was the Eurobasket of 2017, after returning to the competition two months ago with Barça, with which he has been champion of the Endesa League, playing an average of 15 minutes of play per game, contributing 10.4 points and 5 rebounds on average. “We have all seen his great effort to be able to contribute and be useful, not only obviously in the face of the national team but with his club, and being increasingly important. The type of job that his coach has done in the club with him show the way, it is not about having a player like years ago, not many, but we all remember Pau who in the decisive games was on the field for 30 minutes scoring differences “, explained Scariolo, who added that with the presence of pivots like his brother Marc Gasol and Willy Hernangómez, they will be able to work “without Take risks”.

One of the players who publicly expressed their doubts was Ricky Rubio, about whom the coach revealed that he had to “think about it until the last moment “and that he has finally decided to go after having sense “sheltered by all his companions”. “For me it was a joy when he called me. It was very curious because they told me: ‘Am I in time to get on the list?’ That is a demonstration of humility and of what Ricky is like as a person. We had never fully closed our arms, but we quickly opened them again With a lot of entusiasm”Scariolo recounted.

The Spanish-Montenegrin Niko Mirotic does not appear in the citation, for “serious and important personal reasons”, explained the coach, nor the Hispanic-Congolese Serge Ibaka, who recently had to undergo surgery of some back problems. “The hypothetical availability and desire theoretical was in both, I have spoken with both, but the circumstances have been these “added Sergio Scariolo.

In the citation of 18 players there are eight of those who were champions of the world in China 2019, the returns of Pau Gasol, Sergio Rodríguez (Armani Milan) and Álex Abrines (Barça), and the premiere in calls absolute of Usman Garuba (Real Madrid) and Sergi Martínez (Barça).

Scariolo explained that the reason for making a long call was due both to precaution for the physical condition of the players and for the intention of seeing some whom he has not been able to count on in the FIBA ​​Windows for playing in teams of European competitions such as Euroleague or Eurocup, or because they play in other countries.

“It is a list with two very clear characteristics: the continuity of a historical group that is already beginning the last steps with the national team but with the capacity and physical, technical and mental condition to give it with solvency, and a fairly wide group of young players or very young. We wanted to take this step looking to the future “, he recounted the Italian coach.

In this sense, when asked by the Madrid interior Usman Garuba, 19, Scariolo has highlighted his tactical fit with the rest of interiors for its “agility, speed and ability to carry out defensive changes with solvency “, as well as its progression in the triple pitches, and he did not close the door that he could finish on the list final twelve players. “If the evolution as we all hope and believe of Usman is going to be towards the position of 4, it will be decisive and decisive to allow him to go up even another level. The inclusion of Usman for a few months was a thing done, and we hope that I can fight with other players to get a place in the 12. The competition is high, it is interesting, because there are more players with options “, He said.

Scariolo will have to choose the payroll for Tokyo 2020 in the first week of July, although he explained that despite this they will continue to work with a broader group of players as a preventive measure against difficulties generated by the pandemic.

The president of the Spanish Basketball Federation, Jorge Garbajosa, highlighted the “commitment of these athletes to the national team”, and explained that all players will arrive in Tokyo “with the complete vaccination schedule” against COVID-19, on what he thanked “the government’s effort and the Spanish Olympic Committee “ to manage the vaccination campaign of athletes.

“The challenge for the Federation is to find the balance between the health protection of the athletes and the entire team and that they have the most pleasant and close coexistence. The effort of resources, tests, tests, will be tremendous. The easy thing would be to lock up to the team, and what we face is to combine pleasant coexistence and family, with what it means that word, and that they are in the most protected sanitary conditions “, added.

The Spanish team will play three friendly matches in Spain and two outside, of which one could be in France and another will be on 18 July against the United States, in Las Vegas, from where he will travel to Japan. Spain’s Olympic debut will be on Monday July 26 against the host, Japan.