Scandal in the Front of All: an oil leader said that women ‘do not have the technical capacity’ to head a list of candidates 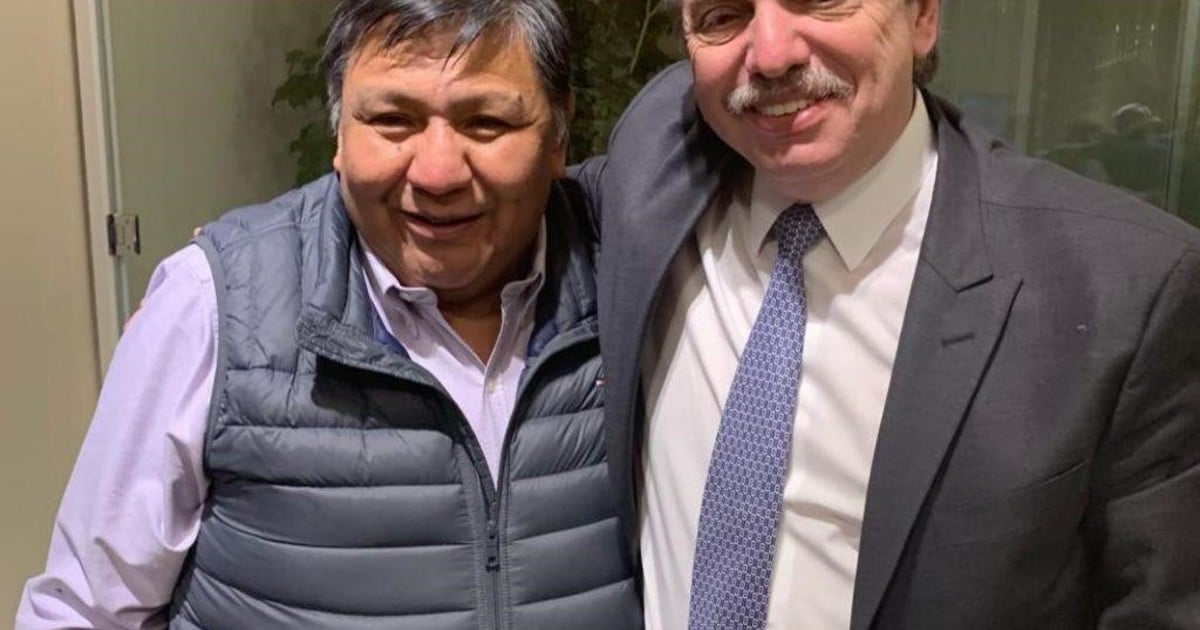 A union leader of the oil union was harshly questioned after stating, in the middle of the discussion of the electoral assembly, that “the capacity of men is one point higher than that of women“The statement earned him a strong repudiation of the main referents of the Frente de Todos, among them three national legislators, who in a document described his statements as “macho and misogynist”.

The protagonist of the scandal was the general secretary of the Chubut Oil and Gas Union, Jorge “Loma” Avila, who at the time of discussing the conformation of the lists for the PASO, which will define the candidates for the midterm elections, rejected the possibility of a woman heading the PJ payroll.

“It is logical that the candidate who represents us is from Comodoro (Rivadavia) and not that a woman tops the list“the union leader started, to deny that” today women have the technical capacity to develop a project and bring something to the nation that can represent us. “

But “Loma” Ávila did not stop there. “There are no women with this condition. They are being tested and they are being invented, which is the best we have. We created the Secretariat for Women and we have prepared women, but they are not in a position to carry out an analysis of this type, “the leader added.

In statements to FM Genesis from Chubut, the oil leader emphasized: “It is not that we are against women or that we are saying that we are favoring a sector. But simply today in political conditions within the province, the capacity of men is a little higher than that of women. “

The affirmations of “Loma” Avila provoked a reaction from the women of the Frente de Todos who issued a strong document in which they described the unionist’s statements as “macho, misogynistic, and with a high discriminatory tone”.

Among the personalities who signed the letter were the national deputies Estela Hernández and Rosa Muñoz next to the national senator Nancy gonzalez and the legislator with a completed mandate Ana Llanos, who together with the main organizations enrolled in the Frente de Todos de Chubut conveyed their repudiation and concern over this controversy.

“We are concerned that a representative of the Organized Labor Movement and a public figure would incur these expressions. Sadly, we still remember that while the workers of Chubut and the union representatives defended their rights in the streets, the aforementioned union member was at the service of violence against our own companions, “the female representatives asked” Loma “Ávila.

The reference has to with a march of September 2019 in which teachers were attacked by oil workers. It is worth remembering that “Loma” Ávila publicly harangued the aggression against the teachers, since prior to the incident he said: “To the teachers who are in the roadblock we are going to go over them, underneath and on the side “.

Beyond that fact, the women of the ruling party expressed in the document that “listening to sexist, misogynistic statements, and with a high discriminatory tone, after so many achievements related to equity, equality, the rights acquired in relation to gender and diversity, it only confirms that some leaders they are not up to the current circumstances, and they only remain with their opinions “.

In addition, the women demanded that “Loma” Ávila “ immediate retraction of his sayings, and the repair of the situation by facing positive actions such as the implementation of gender training – Micaela Law – in his person and in the union he represents. “

The Women and Diversities of the FDT Chubut repudiate the sexist, misogynistic and discriminatory statements of the General Secretary of the Chubut Oil and Gas Union, Jorge Loma Avila 👇🏻 pic.twitter.com/bn8NidbSIf

They also demanded compliance with the female quota, “in the self-determination and organization of women over the partners who will make up the elective lists.”

“In the XXI century and with so many struggles and acquired rights, we are deeply outraged by the interference of some leaders on our political representations. We are the companions who elect our representatives. Gentlemen, do not interfere more in our decisions! “, Concluded the document.

“Loma” Ávila retracted his statements in a statement

The general secretary of the Chubut Oil and Gas Union, Jorge “Loma” Ávila, had to retract this Wednesday night from his “machista” sayings that were questioned by the women who make up the Frente de Todos.

“At no time did I, nor will I intend to offend or belittle to the female gender, much less discriminate their intellectual capacity, “Avila said in a statement.

The leader stressed that from the union institution he leads, the role of women has always been valued, “which is increasingly important in the union.”

He pointed out that in his first term as head of the union, he marked “a milestone in 2013 with the creation of the Women’s Secretariat through the modification of the Trade Union Statute, which empowered the female branch in an area traditionally occupied almost exclusively. by males “.

“Those women who have been offended by my statements, I publicly apologize for the case and I retract the aforementioned, since from my person and institution the labor and personal rights of women have always been respected in pursuit of parity, equity and real equality “, concluded the leader.