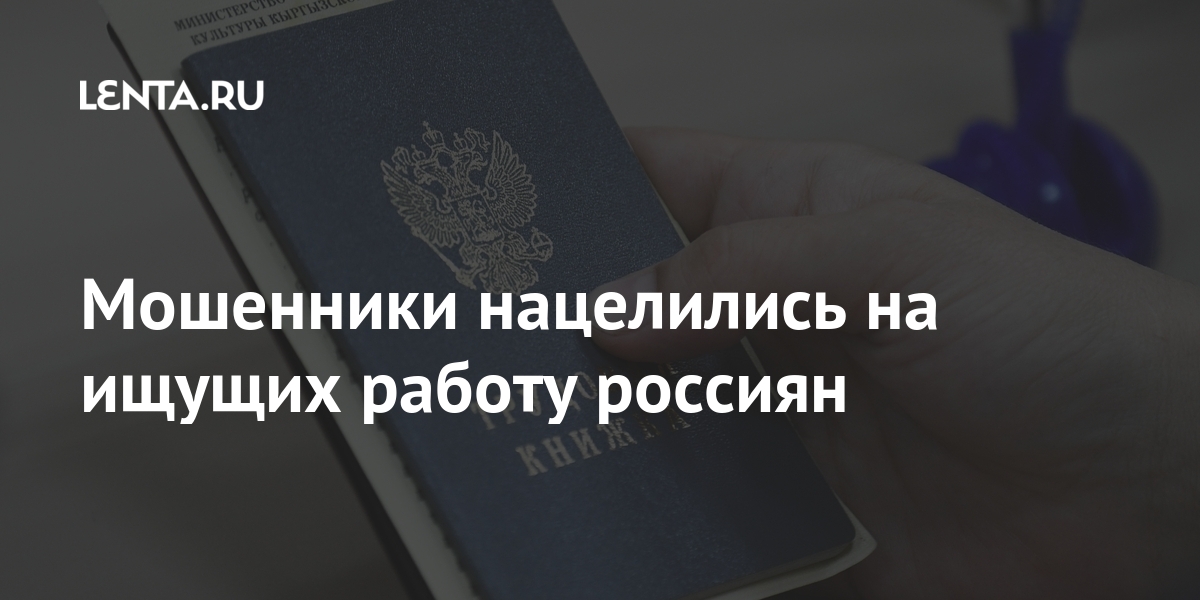 Russian law enforcement agencies reported on the activation of scammers on free classified ads sites and in groups on social networks with vacancies. Izvestia writes about this.

The police explained that the criminals promise to provide direct employer contacts for a fee, but after receiving the money they stop communicating. The choice of such sites by scammers is explained by the fact that in the general array of real ads there is an opportunity to “dissolve and speculate on the desire of citizens to arrange their lives.”

Experts interviewed by the publication claim that ads demanding to pay for an employer’s contact are 100 percent fraudulent. The applicant must always remember that if the employer is interested in him, then it is the company that pays for his search, and not vice versa, warned the independent expert Olga Glukhova.

Earlier, the Russians were warned of a new fraudulent scheme. A person to get a remote job is offered to download popular applications from official resources. However, among them there is one with malicious software.

In January, it was reported that 80 percent of Russians faced lies in employers’ vacancies. The largest amount of false information related to the level of wages – this was noted by 55 percent of the respondents. In addition, 37 percent of those surveyed indicated that they were faced with incorrect information about labor obligations, and 36 percent were deceived by the working conditions.

In November 2020, 15 percent of Russians surveyed admitted that in some cases they allow themselves to embellish their resume. So, 9 percent of them hide the reasons for dismissal from their previous job. Another 7 percent lie about their bad habits, 6 percent overestimate their work experience. Some respondents indicate a false age, ascribe to themselves new skills and knowledge of foreign languages.

Isabel Franco: «I am not going to go to the PP, I will fight to be reinstated in Cs»

The Batman: premiere will be exclusive to cinemas and not streaming platforms