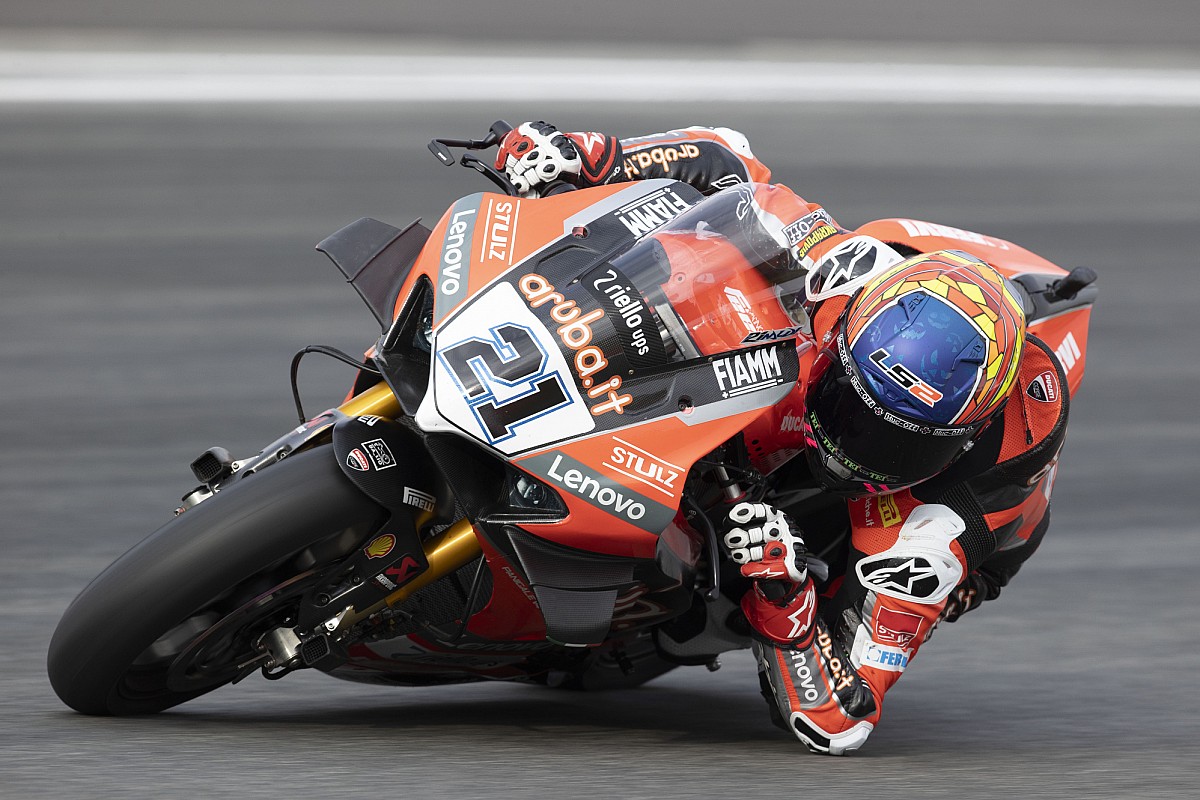 Michael Ruben Rinaldi will defend the colors of the Aruba.it Racing – Ducati team also in the 2022 WorldSBK season. With the confirmation of the Italian rider, the Aruba.it Racing – Ducati team thus defines its line-up which in the next Superbike World Championship will also see the return of Alvaro Bautista, who will take the place of Scott Redding, riding the Ducati Panigale V4R.

In 2016 Rinaldi rode the Ducati Panigale R of the Aruba.it Racing – Junior team in the SuperStock 1000 FIM championship, finishing in sixth place and then triumphing the following year, winning the title of European champion. With the Aruba.it Racing – Junior team, Michael Ruben Rinaldi also made his debut in WorldSBK in the 2018 season, participating only in European races and then competing in the complete championship the following year with the Barni Racing Team.

In 2020 Rinaldi achieves his first success in WorldSBK with the Panigale V4 R of the Go Eleven team in Race-1 at Aragon, a round that saw him also take the podium in the Superpole Race (P3) and Race-2 (P2).

In the current season the Italian driver was the absolute protagonist in the Misano weekend during which he won two victories (Race-1 and SPR) and a second place (Race-2). Thanks also to the second place in the SPR won in Assen (Holland), Rinaldi is currently sixth in the World Superbike Championship standings with 150 points.