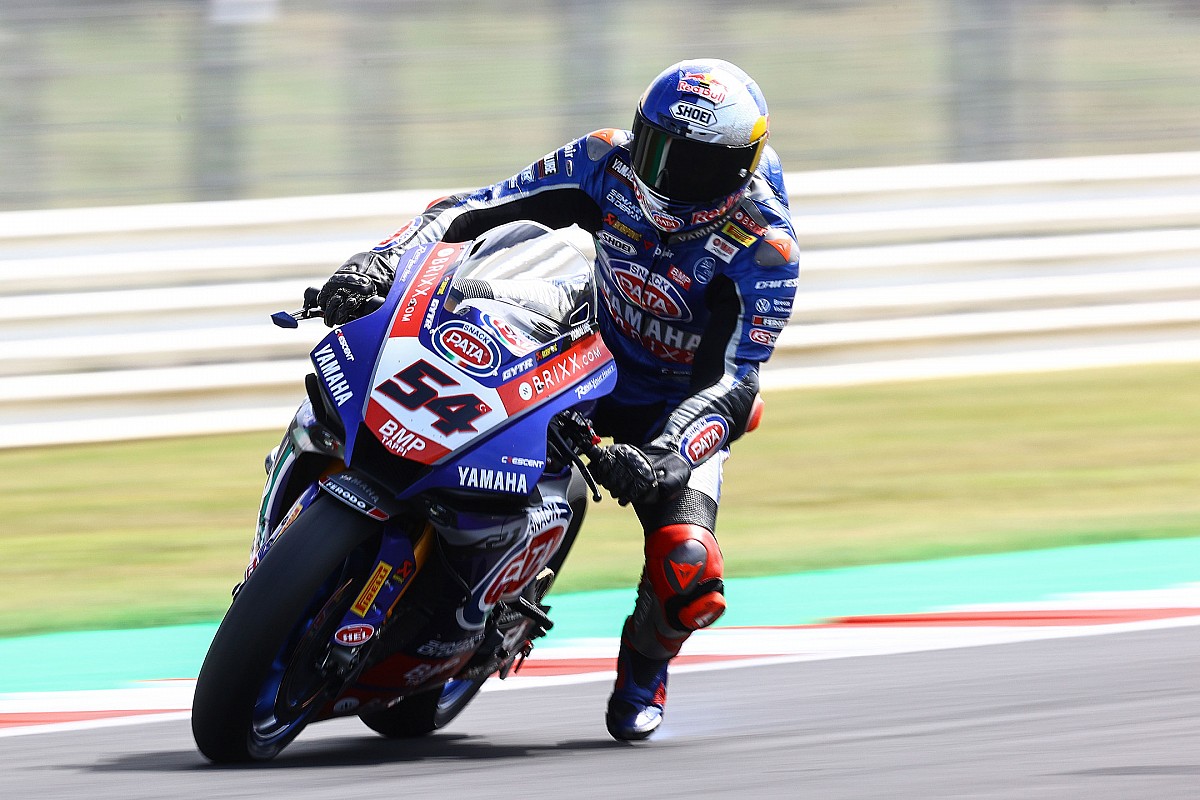 The Navarra track is tinged with blue in these two days of World Superbike tests: if yesterday it was Garrett Gerloff who conquered the best time trial, on the second and last day it was Toprak Razgatlioglu who commanded the times, restoring the hierarchies at home. Yamaha. The Turk, with a lot of wind and with the track still wet after yesterday’s rain, won over his teammate who had finished in the lead yesterday before the rain messed up his plans.

Razgatlioglu has completed 64 laps, also working hard on the race pace, in order to be ready for the round in Navarra, scheduled from 20 to 22 August. The Turkish of the official team was just 48 thousandths of a second behind his teammate and leader of Day 1 Gerloff. R1 double also on the second day, with Jonathan Rea approaching and closing in third position.

The Kawasaki rider stops 93 thousandths of a direct rival in the championship and leader of the second day, but clearly was not looking for time. In fact, in his 44 laps, Rea concentrated on the basic setup of the bike, a job that is aimed at the August round. The reigning world champion slips into third position breaking Yamaha’s hegemony, which today sees Andrea Locatelli in fourth position.

A fruitful day for the rookie, who slowly approaches the leading group and pays a delay of 174 thousandths from his teammate. The reigning Supersport champion slipped in the morning session, then returned to the track and even moved into second position, closing the day with the fourth fastest time. Yamaha seems to make a difference on this track, with three bikes in the top four.

In fifth place and with a much more important gap is Alex Lowes. The other Kawasaki rider had a complicated day, characterized by three crashes in the morning, the last of which forced the marshals to display the red flag and interrupt the session. No physical consequences for Lowes, who lost control of his ZX-10RR at Turns 13, 9 and 1 respectively.

Behind the Brit we find the BMW platoon, led by Michael van der Mark. The Dutchman closes with the sixth position after a day in which he continued the work carried out yesterday, while Tom Sykes, despite being seventh behind his teammate, is definitely satisfied with the work done. Jonas Folger closes the Navarra tests with a positive balance, after having promoted the new chassis tested on his M 1000 RR of the independent team Bonovo MGM Racing.

At the bottom of the group is Niccolò Canepa, called to replace Khota Nozane, who fell yesterday and injured his right hand, in which he suffered a microfracture on his middle finger. The Japanese was declared unfit and so it was the Yamaha tester who took to the track on the final day. Those who did not participate in Day 2 were Honda: the duo formed by Alvaro Bautista and Leon Haslam decided to run only yesterday, archiving the two days of testing in advance.

Crossbones is headed to Marvel’s Avengers