SBK, Navarra: Redding show of strength in the Superpole Race 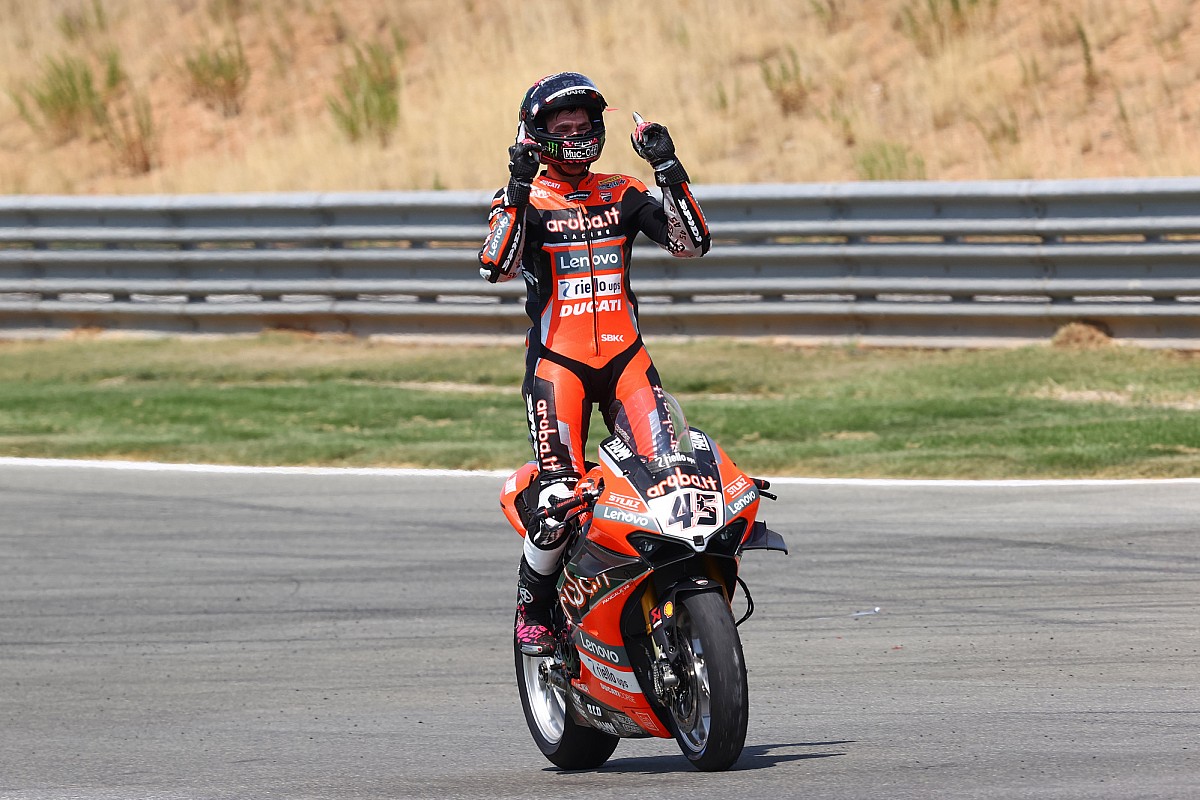 The fight for the world championship is fought on the track to the sound of fairings and the Superpole Race in Navarra is proof of this: the first three of the ranking battled especially in the early stages, giving life to an unpredictable sprint race with no discounts. . However, the winner is Scott Redding, who wins with a tear given in the middle of the race. The Ducati rider thus conquers the second success of the weekend, the tenth in Superbike.

Redding is therefore confirmed as the man to beat in Navarra and gives a great show of strength in the Superpole Race, containing a very aggressive Jonathan Rea in the first and very last stages of the race. The Kawasaki rider, effective in the first laps so as to undermine the lead of the race, re-proposed himself in the last lap trying everything, but he crossed the line six tenths of a second behind the winner.

If Redding gnaws three more points, Toprak Razgatlioglu loses two: the Turkish, decidedly fit in the early stages, lost ground from the first two with the passing of the laps, to then arrive under the checkered flag in third position, at three seconds behind the Ducati rider. In any case, the Yamaha rider conquers another podium and for him it is the 40th in Superbike.

The first two made the difference on the others and Andrea Locatelli, fourth at the finish, pays eight tenths from his teammate, who appeared in difficulty in the last laps. The man from Bergamo manages to overtake Alex Lowes, confirming himself as the first of the second group, immediately behind the first three fighting for the podium. The other Kawasaki rider is fifth and precedes Tom Sykes, who started from the front row but then sixth at the checkered flag.

Chaz Davies redeems himself from yesterday’s crash and in the Superpole Race manages to grab a seventh position, finishing as the second of the Ducati riders. Despite the winner’s result, the Red from Borgo Panigale boasts only two bikes in the top 10, while the other official color bearer, Michael Ruben Rinaldi, continues to struggle and does not go beyond the 13th place finish. The rider from Romagna also remains behind Axel Bassani, 12th with the Panigale V4R of the Motocorsa team.

Michael van der Mark’s BMW M1000RR puts the Superpole Race on file in eighth position, while closing the top 10 are Garrett Gerloff and Alvaro Bautista, ninth and tenth respectively. The American appears more opaque this weekend and, despite what was shown at the beginning of the season, he always remains behind the two officers. Bautista instead grabs the top 10 ahead of Kohta Nozane’s other Yamaha GRT by almost half a second, 11th. Fatigue Leon Haslam, 14th.