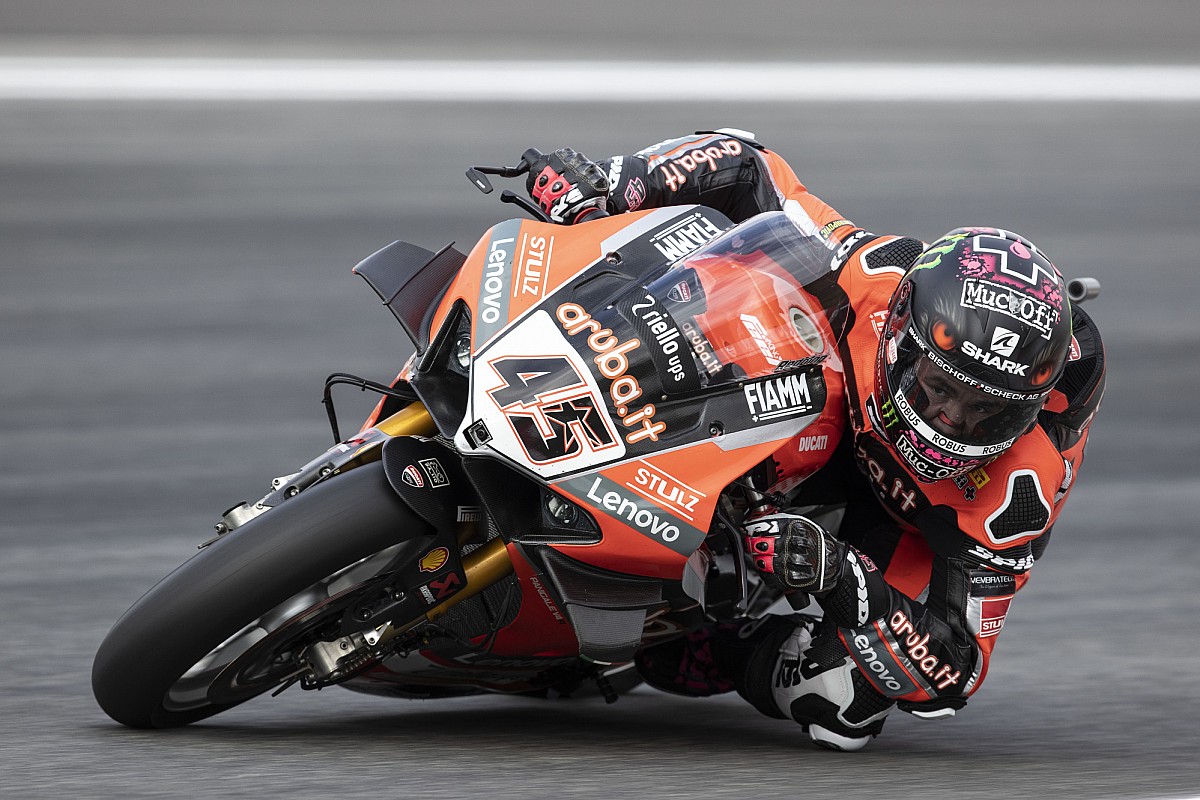 Scott Redding restarts where he left off: in Navarra he repeats the stratospheric success of Most and in Race 1 he imposes himself by dominating from the early stages. The Ducati rider triumphs and continues to nibble on points in the standings, becoming the first rider to win on the Spanish track in World Superbike. The Briton beats Jonathan Rea, who has to settle for second position, but maintains the lead in the standings thanks to the third place of Toprak Razgatlioglu.

Reinvigorated by the official nature of his future, Redding passes under the checkered flag first, inflicting a gap of two and a half seconds on Jonathan Rea, who makes a few mistakes too many and avoids taking further risks, crossing the finish line behind him . However, the Kawasaki rider continues to have a 7-point margin over Toprak Razgatlioglu, the rider with the most difficulty of the title contenders in this race.

Race 1 is certainly more tiring for the Turkish rider from Yamaha, who started from eighth place but made a comeback up to third position. Razgatlioglu pays almost six seconds at the finish, but manages to limit the damage and closes the first heat by climbing on the podium, a result that all in all saves him the first day of racing. Toprak precedes his teammate Andrea Locatelli, who is confirmed in great growth. The rider from Bergamo moves to third position in the first laps, only to give up the last position of the podium to his neighbor in the box.

At the checkered flag, Locatelli is fourth and is among the riders who make the clear difference in this Race 1. From fifth position onwards, in fact, the gaps are very important: if the Yamaha rider pays nine seconds, Alex Lowes blames them well. 16 from the top, while closing in fifth place. In fact, the Kawasaki rider is never in a fight with the leading group, however he keeps at bay a Tom Sykes who started from third place but then retreated to the sixth place finish.

BMW celebrates a double top 10 in this Spanish Race 1, with Michael van der Mark crossing the line in seventh position. Behind the Dutchman the fight for eighth place is consumed in the final stages of the race: Axel Bassani is forced to contain an arrembante Garrett Gerloff, in difficulty in the first laps but reinvigorated in the last laps. The rider Motocorsa, however, keeps the Texan behind him and passes under the checkered flag in eighth position, leaving the GRT standard bearer in ninth place. The top 10 is closed by an opaque Michael Rinaldi who is definitely in trouble. In fact, the rider from Romagna also remains behind Bassani, second of the Ducati riders and first of the independents.

Race to forget not only for Rinaldi, but also for the other Panigale V4R: Chaz Davies slips on lap 7 at Turn 9 while he was in the top ten and thus puts an end to his race. It is no better for Alvaro Bautista, who also ended up on the ground in the seventh lap. His teammate Leon Haslam is 13th with the only Honda left on the track.