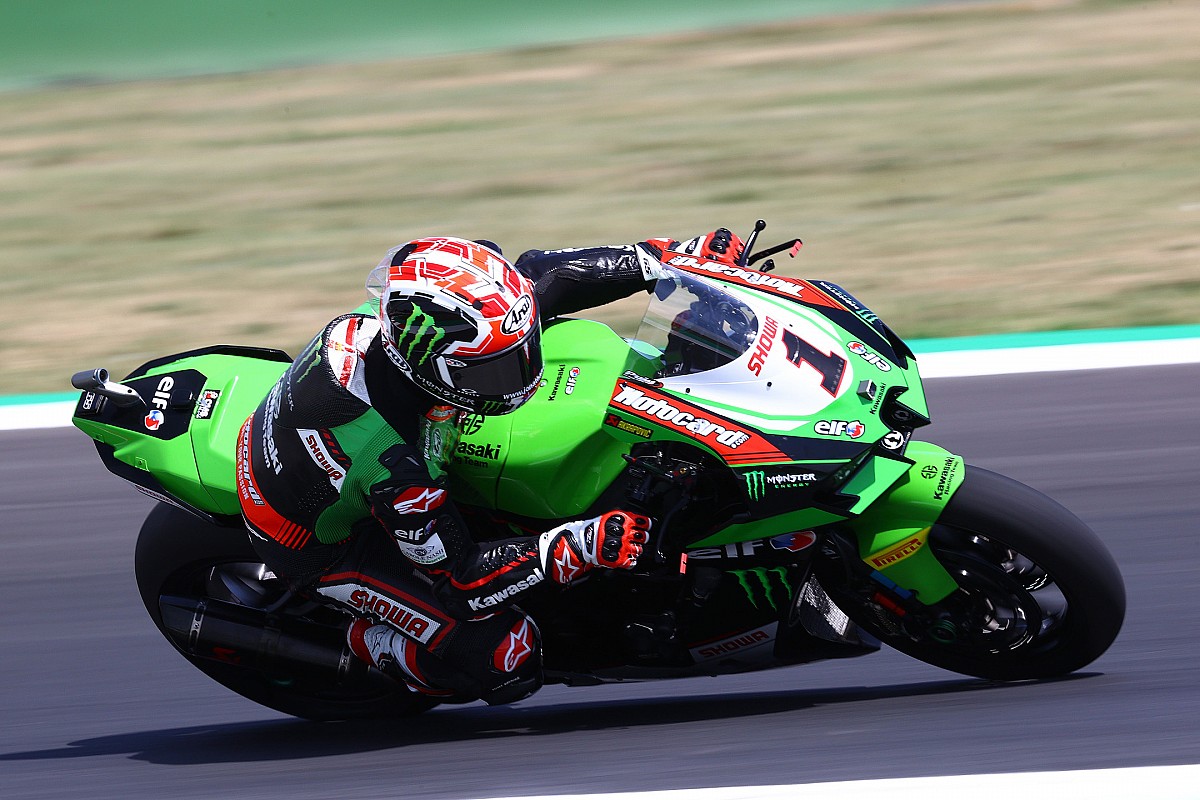 When it’s time to pull out his claws, Jonathan Rea comes out: the Cannibal pulls out a great lap in Superpole and beats the Misano track record, thus winning a new start at the pole. The Kawasaki rider stops the clock at 1’33 “416 and makes fun of those who until recently were the favorites.

Rea flies in Superpole and puts all rivals behind him for the 36th time. In second position we find Toprak Razgatlioglu, author of a great lap in the final round that brings him to the front row at only 99 thousandths. The Turkish of Yamaha manages in the last seconds to mock Scott Redding, who closes the front row with third place.

The Misano Superpole is close and in the front row we find three different manufacturers, with Rea and Redding – first and third respectively – separated by 118 thousandths. Michael Ruben Rinaldi, on the other hand, does not find a leap in qualifying and is unable to go beyond the fourth time after dominating FP3. The Ducati rider from Romagna pays 262 thousandths from the poleman.

On the other hand, the one who accuses a more consistent delay is Tom Sykes, who will start from the second row in fifth position. The Briton is the first of the BMW drivers but remains more than four tenths from the top, followed by Alex Lowes. Not an exciting qualifying for the British rider from Kawasaki, who fails to go beyond the sixth fastest time.

On the other hand, Lucas Mahias manages to grab the top 10, who in the early stages of the session wins the virtual front row, only to then close the round in seventh position. The Frenchman is the first of the independents and precedes an excellent Axel Bassani, author of a great lap that brings him once again to be among the top ten. The Italian is eighth, while Alvaro Bautista and Chaz Davies close the top 10, ninth and tenth respectively.

The Welshman of the Go Eleven team struggles more this Saturday in Misano, as does Honda: the Spaniard closes on the edge of the top 10, but Leon Haslam is only 12th, behind Andrea Locatelli, 11th.

Great absent in this qualifying is Garrett Gerloff, who crashed at the beginning of the turn at Turn 1. No consequences for the American, who however fails to obtain a timed time. In any case, the GRT driver will be forced to start from the pit lane to serve the penalty inflicted two weeks ago in Estoril for the accident with Rinaldi.

Eugene Laverty was also absent, crashed during the third free practice session. The BMW driver was transported to the medical center and skipped the qualifying session to carry out medical examinations while waiting to know if he will be able to take part in Race 1.