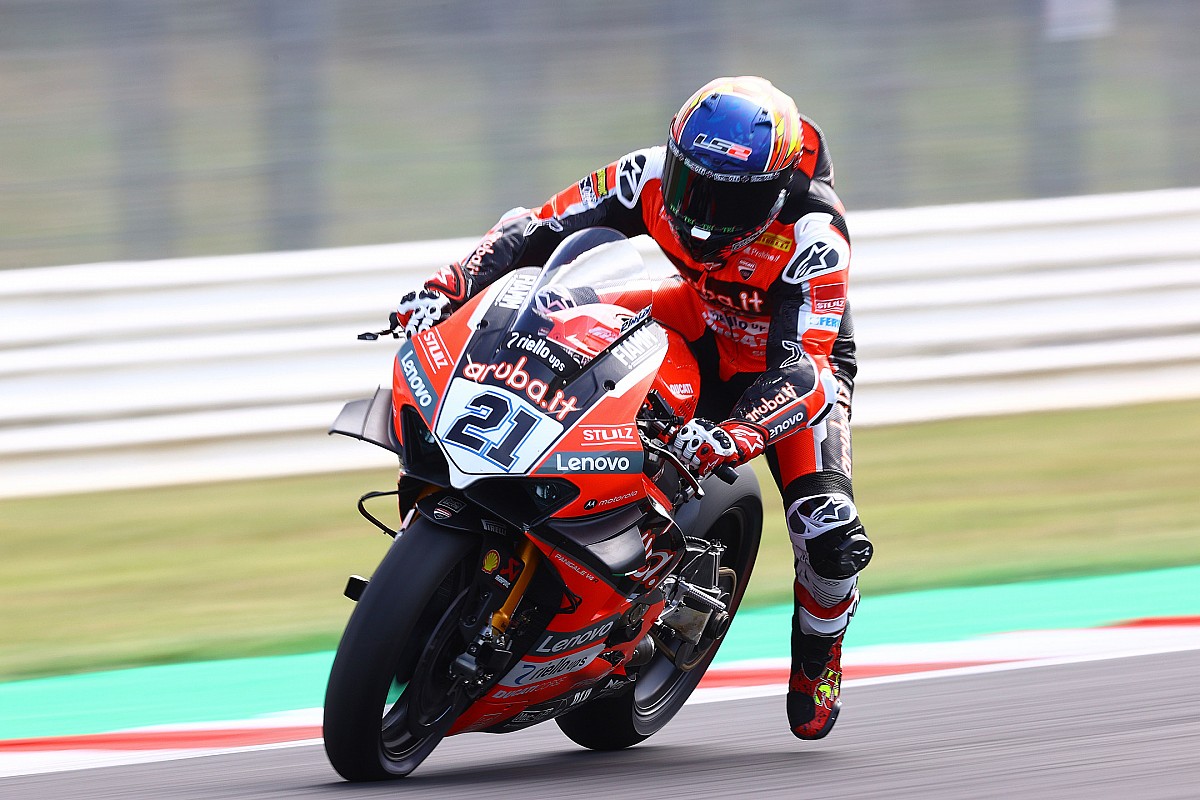 At Misano the tricolor flag flies and plays the Inno de ‘Mameli: Michael Ruben Rinaldi finds his first win of the season right on his home track and will hardly forget this Race 1. The Romagna triumphs in front of his audience and thus wins his first ever success. Ducati official rider, right in his home.

Rinaldi manages to hold off an arrembante Jonathan Rea, very treacherous in the early stages of the race, only to take a large margin and triumph with almost four seconds ahead of the first of his pursuers, who however is not the reigning champion. In fact, Toprak Razgatlioglu climbs on the second step of the podium, having taken the lead in the very first corners, retreating to fourth position and then recovering to the second final position.

Jonathan Rea fails to capitalize on the Superpole advantage and is ‘only’ third. The Kawasaki rider becomes threatening in the early laps, but then loses control of his ZX-10RR and makes a ‘Marc Marquez’ save, managing to stay on track. Rea resumes the track and crosses the finish line in third position, paying 5 seconds from the winner.

A disappointed Scott Redding remains at the foot of the podium, accusing a very heavy delay from his teammate and race winner. The Briton is only fourth at the finish and never manages to fight for the top positions. Bitter final for the Ducati rider, who, however, manages to keep Alex Lowes behind, so at the checkered flag.

Alvaro Bautista is able to make a change in a complicated weekend and crosses the finish line in sixth position, after having got the better of Axel Bassani and Tom Sykes. The Spaniard is ahead of the trio in the fight until the end, but Bassani’s performance is remarkable, as he is the first of the independent drivers with the seventh place finish. Andrea Locatelli and Michael van der Mark close the top 10, ninth and tenth respectively.

Great comeback by Garrett Gerloff, who started from the pit lane to serve the penalty inflicted on him due to the accident in Race 2 in Estoril with Rinaldi. The American manages to recover up to 12th position, just behind Lucas Mahias. Race to forget instead for Chaz Davies, fortunately slipped without consequences, but ended up at the back of the group and then retired. On the other hand, Eugene Laverty was absent, declared unfit for Race 1 following the fall in FP3 this morning.