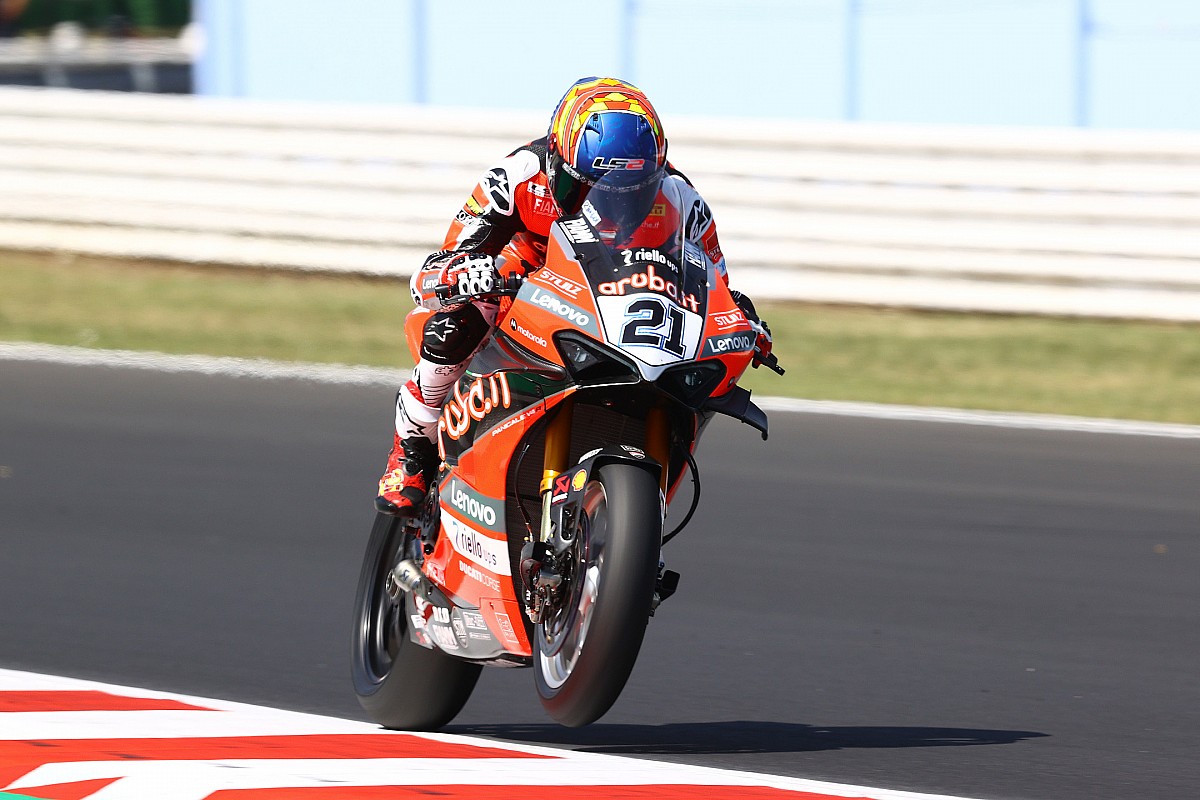 Superbike free practice on Friday ends with Michael Ruben Rinaldi, who sets the best time on his home track, also leading the combined standings thanks to an excellent time of 1’34 “334. The Ducati rider manages to capitalize in the second round what he had not managed to achieve in the morning, becoming in fact the man to beat.

Rinaldi puts the Kawasaki duo behind him, more effective in this second session. Alex Lowes is second and pays almost three tenths from the top. The Brit precedes Jonathan Rea, who seems to have put the morning’s problems behind him. The reigning world champion stops in third position, but accuses the Ducati rider of just over half a second, an already important gap.

Toprak Razgatlioglu, leader of this morning’s free practice, is fourth at the end of the afternoon session, but due to a problem on his Yamaha he returns to the pits thanks to “a pass” offered by Scott Redding at the waving of the checkered flag. Redding is the rider who remains immediately behind the Turkish rider: the Aruba.it Racing – Ducati standard bearer begins his turn twenty minutes late to serve a penalty due to the technical problem of the first session, but compensates by going to the top 5, while paying seven and a half tenths from his teammate.

Honda continues to travel in the top 10, with the sixth position of Alvaro Bautista. The Spaniard, however, falls in the final stages of the round, fortunately without consequences. The winged house closed the day with the ninth position of Leon Haslam. Between the two Honda riders there are Tom Sykes and Axel Bassani, seventh and eighth respectively. The Englishman is the best of the BMW drivers, while the Italian continues to be at ease on his home track. Closes the top 10 Lucas Mahias, tenth.

Garrett Gerloff struggles more in this round and in fact does not go beyond the 11th time trial. The American of the GRT Yamaha team precedes Chaz Davies, 12th with a crash. The Go Eleven team rider slipped on the Carro, but fortunately he did not suffer any physical consequences or damage the bike. Compared to the morning, Tito Rabat also takes a step back, 13th and he too in the gravel always al Carro.