SBK | Ducati prepares for the 2022 season with tests at Misano 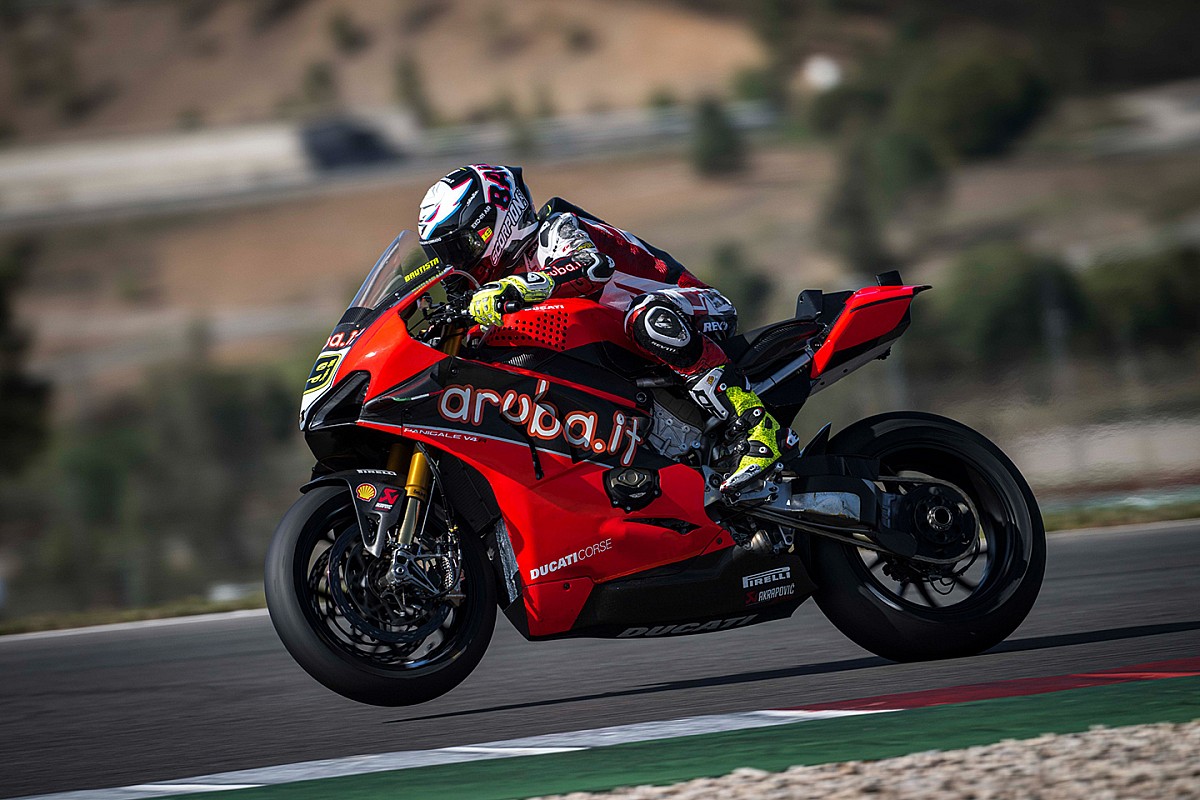 Missing less and less at the start of the new Superbike season, and the teams are preparing to get to the opening round as ready as possible. Next week it’s Ducati’s turn, which will go to Misano on March 16 and 17 for collective tests on their home track. All the Superbike, Supersport and other championships that belong to Borgo Panigale will be present, but they will not be alone: ​​on the track with the four cylinders we will also see BMW and Yamaha GRT.

The Aruba team fielded the two official color bearers, Alvaro Bautista and Michael Ruben Rinaldi. The two will continue the work done in the Portimao tests and will aim to take steps forward to be able to do battle with Kawasaki and Yamaha, who fought for the title last year. The Spaniard has great ambitions, as does the home rider, and both are ready to redeem themselves from a 2021 below expectations.

Not only official: Philipp Oettl will also be on the track with the two Aruba, riding the Panigale V4R of the GoEleven team, and Luca Bernardi, who has been entrusted with the Ducati of the Barni team. The two are preparing for their debut in the top class, which will take place in Aragon in less than a month in the opening round of the 2022 season. Speaking of debuts, on the track we will also find Oli Bayliss and Maximilian Kofler, with Aruba and CM Racing Ducati. respectively. The two are preparing for their first season in the Supersport World Championship. Axel Bassani, who will play his second season in Superbike with the Motocorsa team, is looking for confirmation and has just returned from a good test carried out in Vallelunga at the end of last month.

Ducati will not be alone in these two days of testing, because together with the four-cylinder platoon, we will also find BMW on the Misano track. Scott Redding and Michael van der Mark join the Borgo Panigale group to test their BMW M1000RR. The German manufacturer also fielded Loris Baz and Eugene Laverty, who with the independent team will make their first test of 2022 on the saddle of the BMW.

Yamaha has also decided to take part in the Misano tests and does so with the GRT team: Garrett Gerloff and Kohta Nozane will represent the Iwata manufacturer, while the official team will have to wait for the Barcelona test, scheduled in two weeks. Kawasaki is absent as an official team, but will take to the track with the Puccetti team.

Superbike, however, is not the only championship to carry out these two days of testing, because we will see familiar faces at the world championship of production derivatives, but which will not take part in it this year. Let’s talk about Danilo Petrucci and Tom Sykes. The rider from Terni will be busy in Misano in the last test with the Panigale V4R in MotoAmerica configuration. Once these two days of testing are over, Petrux will fly to the United States and start the overseas adventure. The British, on the other hand, is preparing to return to BSB, and will do so on the PBM team’s Ducati. For Sykes it will be the first approach with the four-cylinder prepared in BSB configuration.

See also  Sainz: "In case of an accident, there is no time to react"

Ducati is preparing for 2022 with a 360-degree test: world championship, MotoAmerica, BSB and CIV are the championships in which it aims to give its best. In fact, Michele Pirro and Mattia Pasini will also go to Misano. The first, a staple of Borgo Panigale as a historic test driver, aims to confirm the championship title with the tests on 16 and 17 March. He will also have a first confrontation with what could be his first rival. In fact, Mattia Pasini is preparing for his debut in the CIV this year and will do so with the Ducati of the Broncos team.

Microsoft Xbox beats Sony PlayStation on Metacritic in 2021: it is the company with the highest average