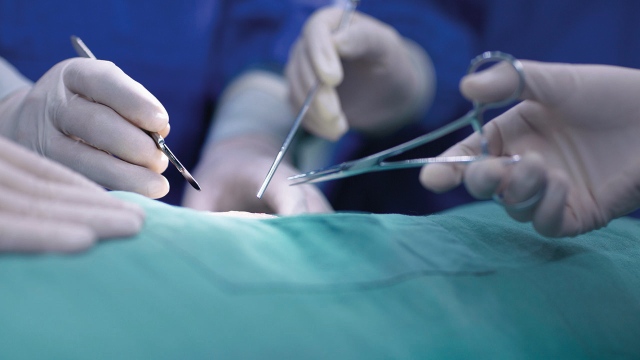 The head of the National Committee for Organ Transplantation, Dr. Ali Al-Obaidly, stated that the number of donors after death in the country reached 36 people, of whom 129 patients benefited and received various organs, while kidney transplantation topped the list of operations.

He explained, during a panel discussion entitled: “Organ Donation Save a Life,” as part of the “Your Kidney Health” campaign, organized by the Mohammed Bin Rashid University of Medicine and Health Sciences, that the organ donation and transplantation program receives the attention of the leadership and all health authorities.

He mentioned that kidney diseases have a specificity from the rest of the members, as they fall under early preventable diseases, especially if the problems are not hereditary, indicating that the number of people who undergo dialysis in the country is about 4000, both citizens and residents, and the number of licensed centers Kidney transplantation reached six centers nationwide.

He pointed out that every person who undergoes dialysis is considered among the group that may require a kidney transplant at a later stage of his life, calling on all members of society to follow a healthy lifestyle, to maintain the health of his organs in general, and not to have to perform transplants in the future.

Al-Obaidli stated that the medical development contributed to raising the average human life in the Emirates, to between 70 and 80, which may raise the possibility of the need for organ transplantation, especially the kidneys, noting that about 10% of the total population in each country have some type of disease. Impairment of kidney function, due to smoking and weight gain, lack of control of blood pressure, diabetes, and genetic causes, stressing that this segment is expected to rise.

And about how to register for organ donation, after death, he said that a person should express his desire to donate, by registering in the “Hayat” application of the Ministry of Health and Community Protection, or informing his family in his life that he wishes to donate his organs after death, in order to fulfill his desire after his death. , Indicating that in the future each person will be able to express his desire during ID registration.

He said that about 400 kidneys have been transplanted among relatives in the country until today, while there are about 1000 people of different nationalities who have transplanted kidneys in their countries, and they continue their treatment within the country, stressing that the National Committee for Organ Transplantation is coordinating with different bodies to implement awareness campaigns, to enhance the culture of Organ donation, covering all segments of society.

For her part, Hind Al Muhairi (a kidney transplant recipient) confirmed, during her participation in the session, that she was born with a congenital defect in the formation of cysts on the kidneys, and with years of age the kidney function decreases, and she did not pay attention to the beginning, because she did not suffer severe pain, and after the age of 40 she began to feel severe pain , And it entered the fourth stage of the disease.

She said: “My life has changed completely, after I reached the stage of needing dialysis, and I was forced to stay in the hospital for days, and moved away from my children, my husband and my family, to the point that my daughter asked the nurse about the donation mechanism to donate her kidneys to me, and put my name on the waiting list to get a deceased donor, I waited three years, and my condition got worse, so my brother decided to donate to me after conducting the tests and matching the tissues, and I do not forget his great initiative, which changed my life, and the life of a whole family. ”

She pointed out that her life has changed, and she began to practice her life normally after the transplant procedure, and her message to the community is that the donor does not save a single patient, but rather an entire family.

Ali Al Muhairi (the donor of the kidney to his sister Hind) confirmed that he felt fear before the donation, based on opinions of non-specialists, that his life will change, and he will not be able to practice his life normally. He said: “My sister’s suffering was severe, and I did not hesitate to change her life after her condition relapsed, and it is my duty as a brother to support her, and I actually felt pain after the operation in about a month, but when I saw my sister Hind’s life change, those pains disappeared, and my health condition was stable, and I started practicing. My normal life, and able to exercise ». He pointed out that in the first period after the operation, he used to conduct examinations on a weekly basis, after that once every month, and currently once every six months, and he does not take any kind of medicine after the operation.

The head of the National Committee for Organ Transplantation, Dr. Ali Al-Obaidli, stated that the post-mortem donation is divided into two parts: The first is an organ donation, where one person can save the lives of at least eight others. The second is tissue donation, and in this case 50 people can be treated from one donor, stressing the necessity of the donor’s commitment to a healthy life, and keenness to exercise, to maintain his health for a longer period.

A person, both citizens and residents, is undergoing dialysis in the country.

“My sister was suffering badly, and I did not hesitate to donate my kidneys and change her life.”

“My life has completely changed, after undergoing a kidney transplant that my brother donated.”

In Jordan, a member of the royal family arrested for attempted coup