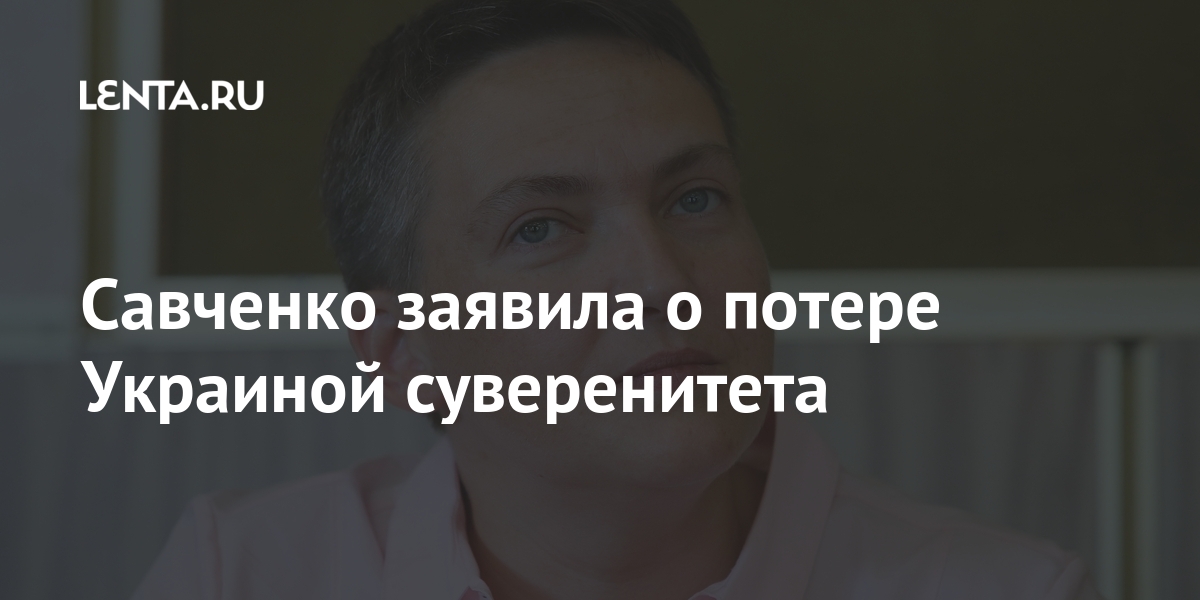 Former deputy of the Verkhovna Rada Nadezhda Savchenko said that Ukraine is losing its sovereignty. She expressed the corresponding opinion on the air of the TV channel “Nash”, the recording is available on Youtube…

According to her, the Ukrainian authorities pay more attention to external players than Ukrainians. She noted that after she was pardoned in Russia and returned to Ukraine, she could be president. “I don’t want to, but I can,” the ex-deputy said, adding that such a conclusion can be made by looking at the current Ukrainian leader, Volodymyr Zelensky.

In 2014, Savchenko went to fight against the Donbass militia. In the same year, she was taken prisoner about one and a half kilometers from the village of Metallist, where VGTRK journalists were killed as a result of the shelling. Savchenko was wearing camouflage without identification marks, with him – a map of the settlement with marked positions of the militia.

In Russia, in 2016, she was accused of the deaths of journalists and sentenced to 22 years in prison. Savchenko was later pardoned by Russian President Vladimir Putin. After being deported to Ukraine, the former pilot took up politics.

It is known that in 2019 she tried to be re-elected to parliament in a single-mandate constituency in the Donetsk region, but she was supported by only eight Ukrainians.

Valencia need the 'Voro effect' more than ever

The probable reasons for the divorce of Bill Gates