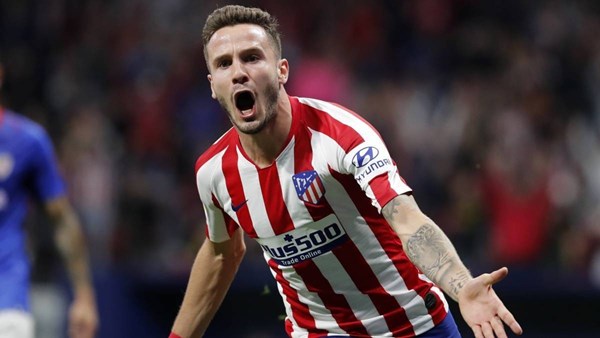 Anwar Ibrahim (Cairo)
A week before the closing of the summer transfer market on August 31, Spanish star Saul Niguez, player of Atletico Madrid, is considering leaving for a new experience elsewhere, and it seems that he is on his way to discovering the English Premier League, as Chelsea is seeking to include him in the form of a loan contract for a period of time. A year during this summer, with the option to purchase the final after the year ends.
Atleti maintains good relations with the Blues, and at the same time seeks to reduce salaries, in order to finance the purchase of Mateus as the star of Hertha Berlin.
But what about Saul’s position in Atletico Madrid? The question was asked by Goal.com, in its French version, and said: Saul had a difficult season in 2020-2021, under the leadership of Argentine coach Diego Simeone, who reduced his dependence on Saul’s efforts as a key player, so he lost his place in the starting lineup. In all matches, he became a burden on the team because of his large salary, which is why his agents sought to find one of the English top clubs to play for him this summer.

Saul receives a salary of 7 million euros annually, and if a final agreement is reached with Chelsea, this London club will bear his entire salary during the loan contract.

Saul’s contract, 26, stipulates a release clause of 150 million euros, but Chelsea is negotiating a final purchase option after the first year, worth 45 million euros.
On the other hand, the site said: that while Chelsea seeks to obtain the services of Saul through a loan contract, it suffers from a severe “glut” in the number of players returning from loan or who do not play and are not needed by the technical staff led by German Thomas Tuchel, Therefore, the “Blues” are required to get rid of a number of these players who are in excess of the team’s needs, and who are at “Stamford Bridge” so far, although the club hopes to receive loan offers or final contracts regarding them, before closing the “Summer Mercato”.