Saúl: no offers but in the eleven thanks to his versatility 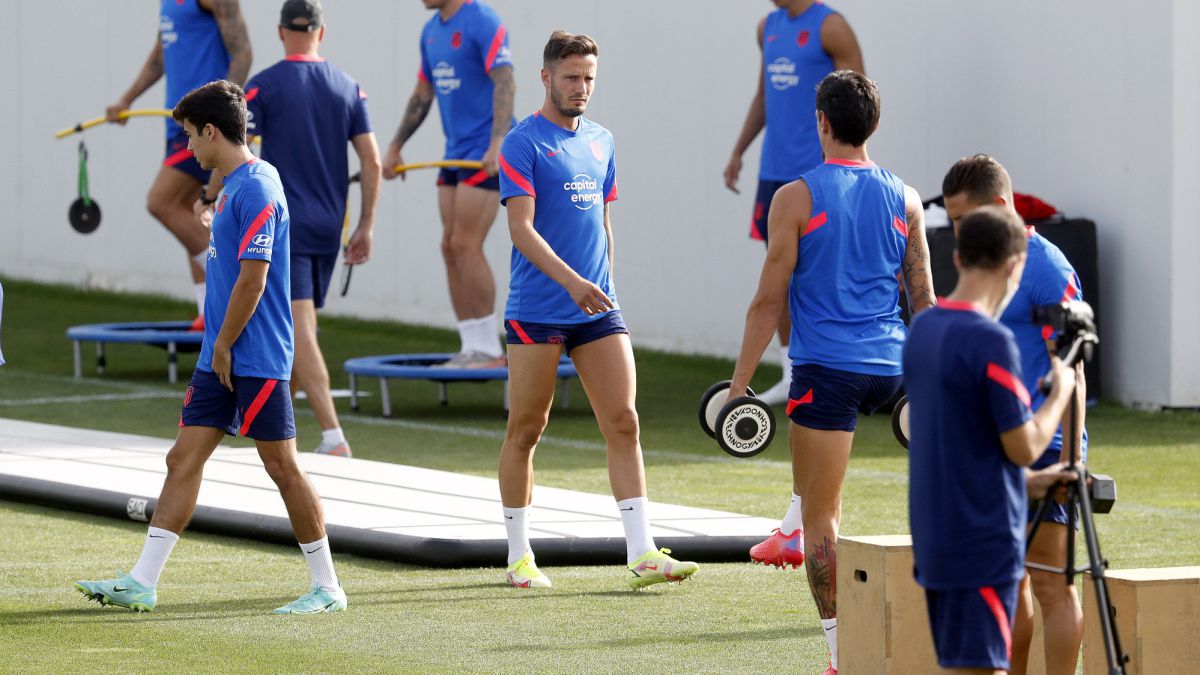 The start of the season is approaching and Atlético continues to prepare for the league debut against Celta. Simeone is trying hard to put together that puzzle that has been the red-and-white preseason while there is no outreach news in the dispatches. Saúl was the player who focused the eyes of everyone, fans and journalists, during the friendlies. His possible departure made the focus on the youth squad in all games. And the situation for the Atlético player is that the club has not received offers for him while Simeone has displaced him to the left back, a position in which he seems to have to get used to.

From England they have been insisting on the interest of United and Liverpool in the versatile player, but the offers have not reached the Wanda Metropolitano. We will see if any materialize before the market closes. Some point out that it is one of those operations that if done, it will be done very at the last minute.

Saúl was one of the few of the first team that started the preseason and was almost the ‘father’ of some Atlético homegrown players. With Giuliano he was seen to be especially close and I’m sure the forward will not forget some of Saúl’s advice during this preseason. He spoke, explained, ordered and placed the homegrown players during the matches. The rojiblanco, on the other hand, did not stop receiving the heat of the Atlético fans. From the first to the last of the followers. In El Burgo de Osma (Soria), Cerezo interrupted his access to the box to go to melt into an affectionate embrace with him. “Wait, I’m going to greet Saúl”he told his entourage. In Salzburg, on the other hand, the only two supporters who waited for the team to arrive in this city did so carrying a banner in support of the footballer. The fans are with him.

In football terms, Saúl has been displaced to the left wing. In the match against Numancia in Soria and against Salzburg, he played in the middle. He was very discreet. But in Wolfsburg, Hermoso could not play and Cholo turned to Saúl to occupy the left-handed lane. And he performed at a good level, comfortable in this left lane position. It was their best preseason match. And later he repeated there, already with Hermoso embedded as a left-handed center-back.

The arrival of De Paul makes it very difficult for Saúl to play in the center of the field. The Argentine has been signed to have minutes and together with Koke he is fixed in the team. The other position could be for Lemar. And Marcos Llorente is untouchable. Above, Luis Súarez, now in the middle of the preseason, will carry the offensive weight of the team and next to him may be Correa or João Félix. And there is a striker to join.

And in the middle Kondogbia and Herrera can enter. They are not just any players. Saúl has to reinvent himself to play on the wing, where he can take advantage of his physique and his arrival. In the rehearsal for the match against Celta, Cholo placed him on the left wing. And he is already a veteran player who knows what Cholo wants in this position. LaLiga begins and the champion is examined. And Saúl knows that his future may still be at stake. Its versatility gives it ownership.