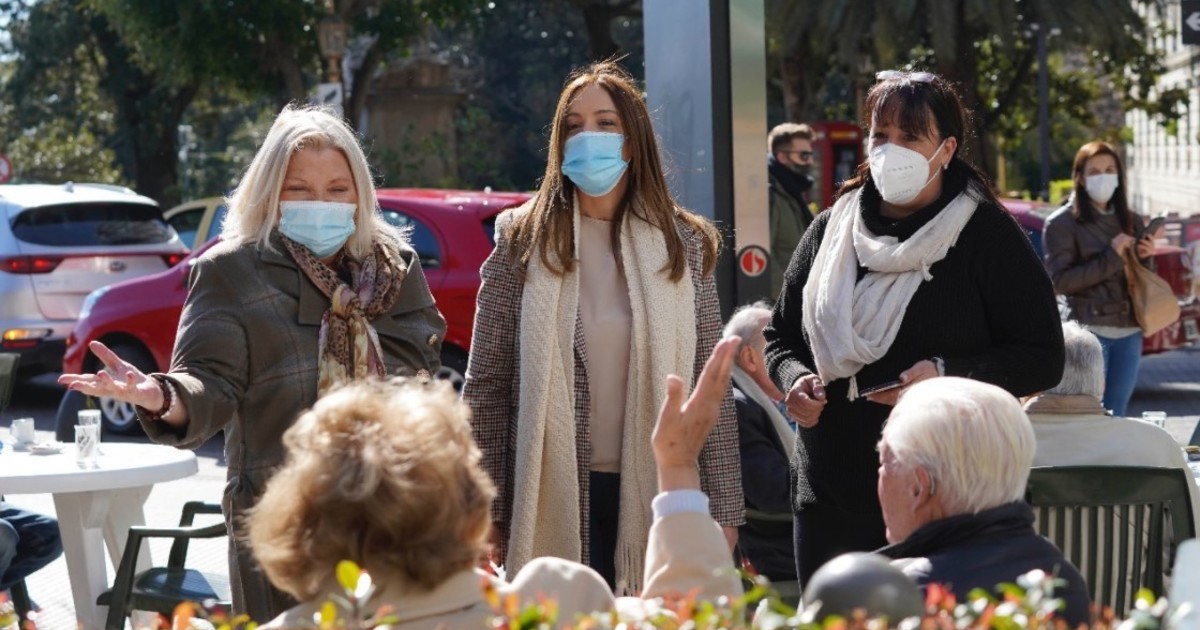 A new short circuit within Together for Change forced the handbrake to be put on the “coexistence manual” that was to be released this Saturday as a symbol of peace. Elisa Carrió said he will denounce the radical candidate Facundo Manes for having assured that she offered him to be a candidate for vice president in 2015 and the UCR -which accuses the PRO of the escalation of tension- exploded.

This Monday there would be a meeting of the key National Board to try to decompress the situation that was unleashed by a banal discussion but hides a deep power dispute.

“I’m going to report it and I’ve already instructed my lawyers. I will not tolerate more “, confirmed in an interview with Infobae the leader of the Civic Coalition, who had already branded the neuroscientist a “mythomaniac”.

His words ignited the alerts of the president of the UCR, Alfredo Cornejo, who did not take long to pick up the phone to call his peers, put the publication of the ethical code on “stand by” and ask them for an urgent meeting for this Monday.

In a sector of the PRO they tried to lower his tone and assured that the meeting was already scheduled. “The meetings are every other Monday. As the last one was on the 19th, it was this Monday,” they assured. But the radicals remember that the next meeting was planned for August 9 and they demand that it be brought forward.

The truth is that given the level of virulence, some analyze how convenient it would be to meet in this climate and propose to “wait a little” for the foam to subside.

Hours after the outbreak, Carrió ratified via Twitter who will file a lawsuit. “Facing Facundo Manes’ non-rectification of his sayings, the only thing I am going to do is a lawsuit for moral damage and academic prestige, so that society does not think that I have such a degree of intellectual limitation when choosing a stranger (Manes) as candidate for vice president, “he said.

“Lilita” was outraged that Manes said that she offered to be his vice in 2015. He denied it and assured that at that time he only went to his house “accompanied and invited by Toty Flores” and that they discussed politics and neuroscience.

“With lies there is no trust. Only from the truth can trust arise. My witness is Toty Flores who invited me to that dinner”, Carrió sentenced.

In the Civic Coalition they believe that accusing Carrió as “the problem” to prevent the code is a farce. “Don’t use us as an excuse. There are some who have been looking for conflicts for some time,” they say.

Along these lines, they accuse Manes of having “started” the attacks when he declared that he hoped that “the taxes of the porteños will not be spent in the campaign” of the province, in a clear dart to the porteño leadership.

Although in the PRO they only make statements to calm the waters of what at first glance seem like crosses between leaders of the UCR and the Civic Coalition, they are also the protagonist of the conflict.

The UCR directly accuses the head of the Buenos Aires government for the situation. “The person in charge of this smear campaign is Horacio Rodríguez Larreta“said the radical governor Gerardo Morales placeholder image and accused him of believing himself “the owner of Together for Change.”

The Jujuy even threatened not to sit at the space table “until they stop attacking Facundo.”

The centennial party assures that Carrió would not have said what he said without the support of Carrió and considers that everything is the product of having “imposed” a candidate in the Province, with displeasure on the part of his own space.

“The advancement of personal objectives with a view to 2023 generated this situation,” sectors within the PRO coincide. “They only observe and rest in the defense of Lilita”, some in the Coalition admit.

Meanwhile, Manes is not going to answer Carrió. “He’s not going to get on that one”, they say in their environment. He will remain in the discourse that he is “to fight against problems in Argentina and not against leaders.”

His direct competitor, Santilli, does not raise his voice on this issue either. “We have to be calm, lower tensions. The only thing they do is hurt the primary school, our true adversary is Kirchnerism ”, he replied this Saturday, during his tour of Quilmes.

In this context, the code of ethics that they were going to present and which is precisely intended to prevent bloody inmates was blurred. The text that was written by the head of the PRO, Patricia Bullrich, her counterpart from the Civic Coalition, Maximiliano Ferraro y Cornejo (UCR) is a decalogue of conduct for the candidates to commit, as an oath, and sign it.

Point one is a prohibitive clause to lying. It also proposes acting and expressing oneself “with respect and loyalty” towards competitors; not to use social networks “in an offensive and unfair way”; accept “with greatness of spirit” the results of the internal; and “unify forces” with the opponent after the STEP.

The idea, anyway, is to retake it. There is a point that forces them to approach positions: they all agree on the risk that the internal fight can mean in the electoral performance.

“The citizen demand towards us is abysmal,” they insist near the Bullrich, who lowered his candidacy in the City in post of the unit.

“The PASO in @juntoschangear are the way to give citizens the possibility of electing the candidates to defeat the Kirchnerist project and move towards an Argentina of all and for all,” Cornejo published in the midst of the crosses.

“We are still together, but we have to make a necessary reflection on what happened this week and understand that this is not the way. It is disrespectful that they see us fighting each other, “he said in a dialogue with CNN.