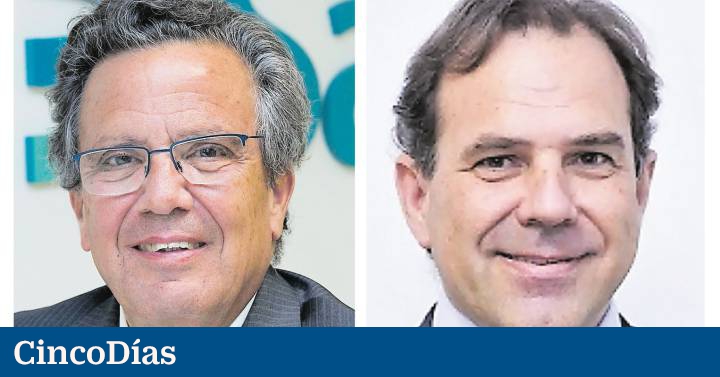 earthquake in management sareb after becoming a public company. About 25 responsible have sued to the entity for the salary reduction applied from August 1 –up to 20% of the remuneration– and another 20 have requested the account and have abandoned the bad bankas confirmed by various sources consulted in the template environment.

The situation at the Management Company for Assets Arising from Bank Restructuring (Sareb) is one of “discouragement” and “lack of motivation” in the workforce due to the disorientation in the objectives since the FROB (Executive Resolution Authority, dependent on the Ministry of Economic) took control of the entity in April and before the cut in salaries and the high turnover in the team.

Those affected by the salary cut belong first to the management committee, and descending on the executive scale, to area directors, department managers and managers. But the sources consulted indicate that the same reduction has not been applied to each level. In this way, cuts between 10% and 20% have been applied depending on the person affected. Sareb explains that the average discount is around 15%.

From the management position up, in the bad bank there are about 150 people. Finally, 66 of them have been affected by salary reductions. About 25 have decided to go to court Social, although they continue to work at Sareb. “Within the legally established period, around a third of the affected workers have sued,” a Sareb spokesperson explained in writing. Another twenty have accepted article 41 of the Workers’ Statute, which states that in the event of a substantial change in working conditions, they may agree to a dismissal from 20 days per year worked, according to staff sources. From the public company they limit four people those who have taken advantage of this benefit and ensure that the other departures with dismissals from managers are due to other reasons. In any case, the jurisprudence allows those affected to leave with this compensation for a year, so the number could vary.

The reason for the pay cut is the integration of Sareb into the public sector, after the FROB came to control 50.14% of the entity’s capital. For this reason, Sareb explained, the remuneration limitations established in Royal Decree 451/2012, which regulates the remuneration system for top managers and executives in the public business sector, were applied to all Sareb senior management without exception.

See also  "Several essential services are at risk: a rule is needed in the Aid bis Decree"

The entity chaired by javier torres and what has to Leopoldo Puig as CEO (both from the FROB environment), he details that a negotiation period began in the summer with the works council, without reaching an agreement. Neither the works council nor the unions challenged the decision and it has been the employees who have individually gone to court. At the moment, according to staff sources, five resolutions contrary to the interests of the workers have been issued and in all cases they have been appealed or will be appealed before the next judicial instance.

“To date, all the sentences notified have recognized the legality of the measure and, therefore, the absence of arbitrariness in its adoption, without prejudice to the fact that the company will always comply with the content of the judicial decisions, whatever the content. or sense of the ruling”, they affect from the entity chaired by Torres since April.

See also  Quirinale, Mattarella gets free exit. Over the weekend at home in Parioli

The company – which manages the portfolio of real estate assets linked to troubled financial institutions – has already announced a reduction in the number of members of the board of directors with the departure of private banking directors (for example, Javier Garcia CarranzaSantander) and cutting 40% of its cost.

This labor conflict adds to the front opened by the suppression of the loyalty plan for employees for which the company has provisioned 13 million after receiving a first sentence against the National Court, as reported The objective in July.

With up to 5,000 mAh, Galaxy S23 batteries are approved by Anatel