Sarah Thomas makes history: she will be the first woman to referee a Super Bowl 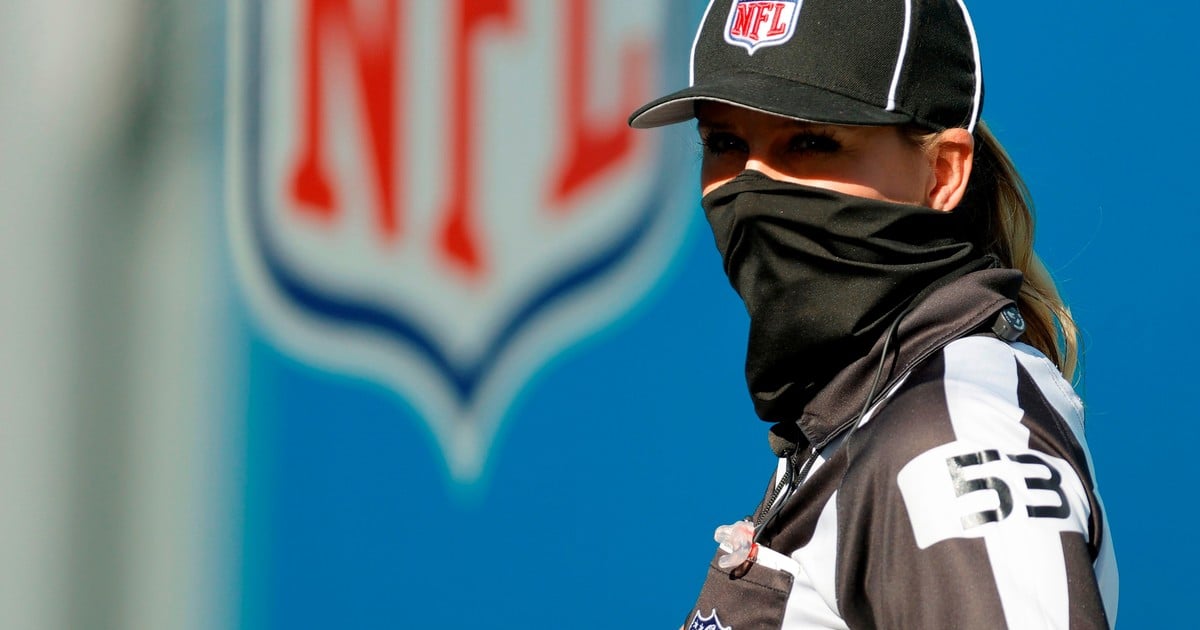 The Super Bowl is one of the most important sporting events in the United States and one of the most anticipated around the world. This time, when the 55th edition kicks off at Raymond James Stadium in Tampa on February 7, it will also be historic. For the first time, among the seven referees there will be a woman, Sarah Thomas, who at 47 is used to breaking barriers in American football.

Thomas, who in 2015 made history by becoming the first permanent referee in NFL history and four years later added to her legend by directing a playoff game, will serve in the Super Bowl as a down judge.

“Sarah Thomas has made history again as the first official woman of the Super Bowl. Congratulations to Sarah for this well-deserved honor, “said NFL Vice President of Operations Troy Vincent.” Her elite performance and commitment to excellence have earned her the right to referee the Super Bowl, “he argued.

American football captivated her when she accompanied her brother to a meeting of the Gulf Coast Soccer Officials Association in 1996. “I got involved in refereeing because I was intrigued that these guys would take it seriously.”he told the program Good morning america (ABC) in 2013.

Sarah Thomas in action in a game between the Denver Broncos and the Los Angeles Chargers a few weeks ago. Photo AP Photo / Peter Joneleit

Soon, she broke down gender barriers. First, by being the first woman to officiate a game in Mississippi’s top high school division. One year after participating in an officer camp, in 2006; and from joining the full-time staff, she became the first official female of a college football game between Memphis and Jacksonville State. Two years later, he officiated a game of Bowl when he worked on Marshall’s win over Ohio at the Little Caesars Pizza Bowl in 2009.

Six years ago she became the first permanent referee in the NFL. His debut was on September 13, 2015 in a Texas-Chiefs And he’s been in four playoff games already. But February 7 will break another glass ceiling for women in sports.

In this Super Bowl, the team will be led by Carl Cheffers, the central referee of the game with 21 seasons of experience in the NFL and a precedent in Super Bowl (2017). And it will be completed with Fred Bryan (offensive linesman), Rusty Baynes (linesman), James Coleman (ground judge), Eugene Hall (band judge), Dino Paganelli (back judge) and Mike Wimmer, the court judge. repetitions. Between them, they have 88 years of NFL experience.

“They are the best of the best,” Vincent said of the judging team, who are selected with rigorous performance criteria throughout the season and a minimum of five years of experience. And about Cheffers he added: “Their work over a 17-game season has earned them the honor of refereeing the most important game on the biggest stage in the world.”

The teams that will play it will be defined this weekend in the NFL Conference Finals. For the American Conference, Kansas City Chiefs (current champion) will receive Buffalo Bills and for the National, Green Bay Packers, Tampa Bay Buccaneers, to whom a victory would place them in the fight for the title at their own home.

Justice. The State denies foreigners access to the law