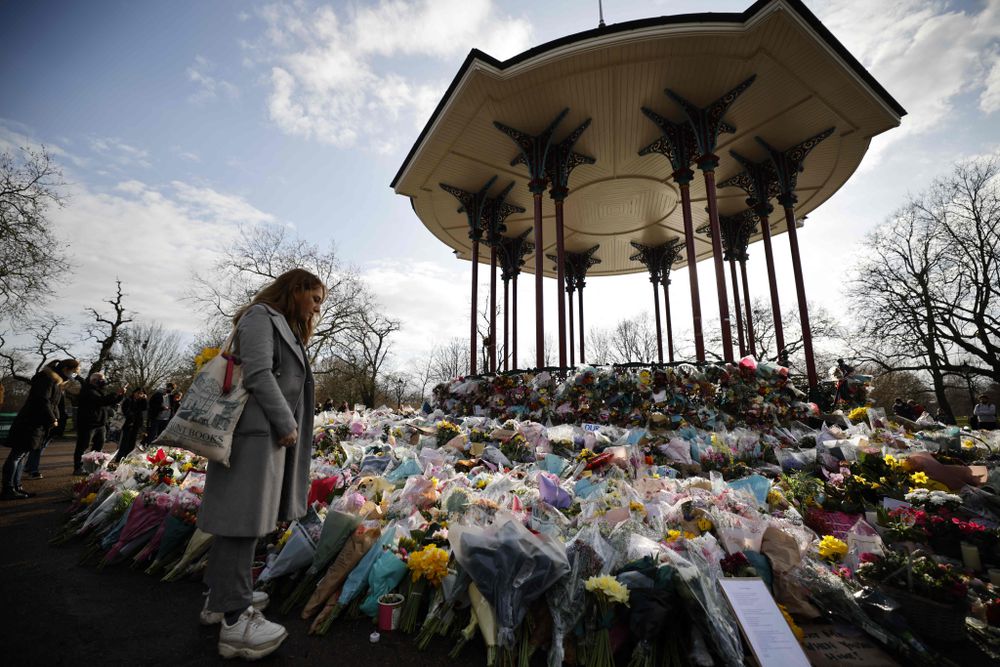 Britain’s two main parties have teamed up to try to prevent the sparks that sparked at Saturday’s vigil for Sarah Everard, when police officers charged some of the protesters, from escalating into a wildfire of social outrage. The Boris Johnson government has decided to support the head of the Metropolitan Police (popularly known as Scotland Yard), Cressida Dick, in her position. She will await the result of a double investigation, one internal to the department and the other judicial, to know all the details of what happened in Clapham Common, the South London park where hundreds of women gathered to pay tribute to the executive murdered two weeks ago .

“I have complete confidence in Cressida Dick, and she herself has asked us to analyze what happened on Saturday night. The police face a very tough task, although there is no doubt that the images we saw are very disturbing, “said Johnson on Monday. The prime minister summoned his main security and justice officials, led by Home Secretary Priti Patel, to try to strengthen security measures for women and girls in the United Kingdom. The meeting was also joined by the head of Scotland Yard, who that same morning had reaffirmed her decision to continue in charge of the department. “What happened makes me much more determined to stay ahead,” he assured. The opposition leader, Labor Keir Starmer, has avoided calling for Dick’s resignation, despite his express condemnation of the police during the demonstration. He has preferred to increase the pressure on the Government to include more measures against sexist violence in the Security Law that is currently being debated in the House of Commons.

But what has undoubtedly helped to calm part of the spirits in British society has been the statement of Anna Birley, one of the women who led the organization who, under the slogan Let’s Reclaim These Streets, called the vigil last Saturday. “We are a women’s movement that seeks precisely to empower other women, and Dick is a woman at the helm of Scotland Yard for the first time in the history of British police. We do not want to cause more damage ”, Birley assured the ITV chain to justify his rejection of the resignation requests. “What we want is to meet to talk with her, because we were deeply disappointed in her performance,” he said.

The main feminist organizations have decided to call off the demonstrations that were prepared for this Monday, to adjust to the social distancing measures imposed by the pandemic. However, they maintain the call for this Tuesday in front of Parliament to protest against the security law that is being processed. The Minister of the Interior, who appeared in the House of Commons to officially explain everything that happened, showed her willingness, before the responses of the opposition deputies, to incorporate some of the suggested amendments into the text. The public consultation process opened by Patel upon learning of Everard’s death has already received more than 80,000 suggestions. The death of the 33-year-old executive at the hands of a police officer unleashed the anger of thousands of women, who shared their personal experiences of fear and apprehension of walking alone on the streets of UK cities on social media.

Syria The war in Syria began ten years ago, according to the researcher, the country’s population and economy have been crushed

Will Deathloop’s delay affect its arrival on Xbox?