‘Santo’: this will be the greatest adventure of Spanish television in Brazil 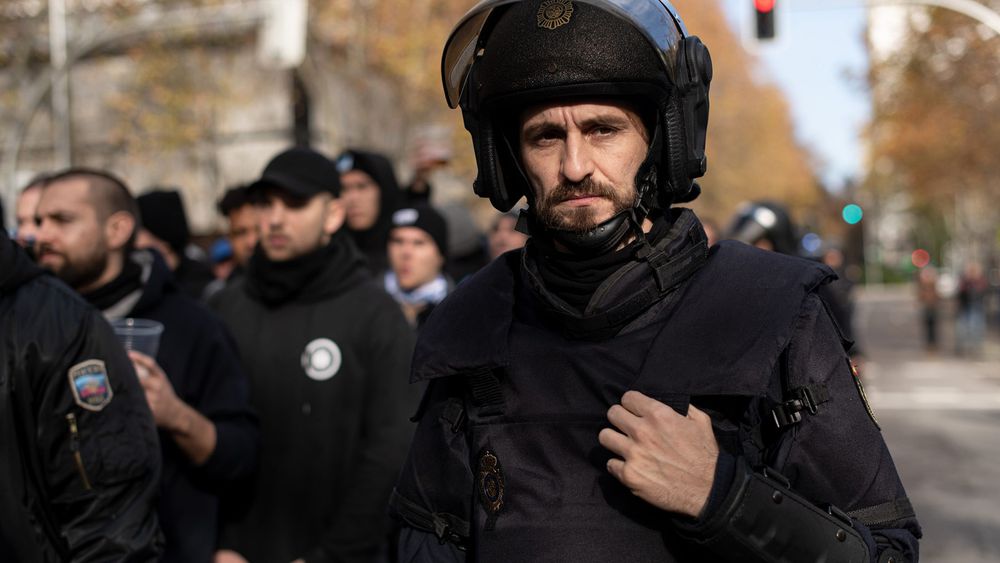 A federal police officer from Brazil and another national from Spain, each at opposite moments in their lives, end up searching for the same drug trafficker, a diabolical character they call Santo, but whom no one has ever seen. It is the argument of Holy, the new great bet of Netflix in Spain, which will be, at the same time, the largest meeting in television fiction in Spain and Brazil. Its creator, Carlos López (Prince, The Embassy), and its protagonists, Raúl Arévalo (Riot gear, Pain and glory, Blind Sunflowers) and Bruno Gagliasso (Double Identity, Joia Rara), will begin shooting it in the coming weeks, with the idea of ​​finishing the first season before the end of the year.

The production is 100% Spanish and is carried out by the platform and Nostromo Pictures. The strong Brazilian presence, something unusual on television in both countries, is the result of Netflix’s desire to fully merge its most compatible markets. “We were interested in making a policeman on both shores,” explains Verónica Fernández, director of original content at Netflix Spain. “The whole story belongs to Carlos, we only make things happen where they have to happen. So it’s a Spanish production, but there are Brazilian actors, Brazilian scriptwriters and Brazilian directors, a thriller that gives you this strange thing of mixing drug trafficking with everything that has to do with superstition and religion, which is what that world of Brazil is going to bring us ”.

“Thanks to the fact that we now work for audiences around the world, the fact that the story started in Spain and Brazil was very tempting,” promises Carlos López. “They are cultures so close, especially on a spiritual level, where guilt is important, but so different that it could lead to something. The country is not an ornament, it is one of the pillars of the series ”.

The scripts are finished and pre-production is almost clear. The filming of the Brazilian part will take place in Salvador de Bahia. Director Vicente Amorim and screenwriter Gustavo Lipsztein will work with Carlos López and Gonzalo López Gallego for these scenes, which are mostly concentrated at the beginning of the season. “When I started reading the series, I was worried about whether the script would run away from Brazilian stereotypes or not, but it totally moves away from them. It is a realistic series and my character is not cartoony at all ”, promises Bruno Gagliasso. “Any series that portrays the day-to-day life of a country ends up reflecting its culture in some way, and in this series the Brazilian is reflected, as much as the Spanish, although the focus is not that, but the persecution and the lives of these two policemen. In my case, I play Cardona, a federal policeman who sees how that drug trafficker ruins his life and goes after him in every possible way, until he fled the country to track him down. This is how it ends in Madrid ”.

Raúl Arévalo, who already worked with López in The Embassy, he emphasizes that in the scripts a certain atmosphere is already perceived (Gagliasso calls it “of intensity”) that elevates the story beyond the turning points. Regarding the presence of Brazil, he promises: “We try to stay away from films that are incredible, but that is the whole image that we have here of Brazil, such as City of God, Elite troop… Realistic cinema, camera on the shoulder… This goes to something else. You read ‘Police Brazil-Spain connection’ and it looks like it’s going to be The minimal island [thriller situado en el sur profundo de Andalucía] Y City of God. It is not”.

That atmosphere helps to underline the most spiritual component of the story. “Santos commits many atrocities to spread fear and leave a trail of terror,” reflects López. “That mixture of these two things, obsessively persecuting someone who embodies evil and has no face, results in that they no longer know very well who they are persecuting, if a criminal or all the evil that they carry inside. They feel that the evil they have done in this life does not have a face either, which helps me to reflect on the things we do not see, which I think is part of the language of television and audiovisuals ”.

The filming that begins now should last for many years, assures Fernández. “It is not a miniseries. We want it to have a journey and for the universe of Brazil to grow. The story is big enough for it to have a future. “