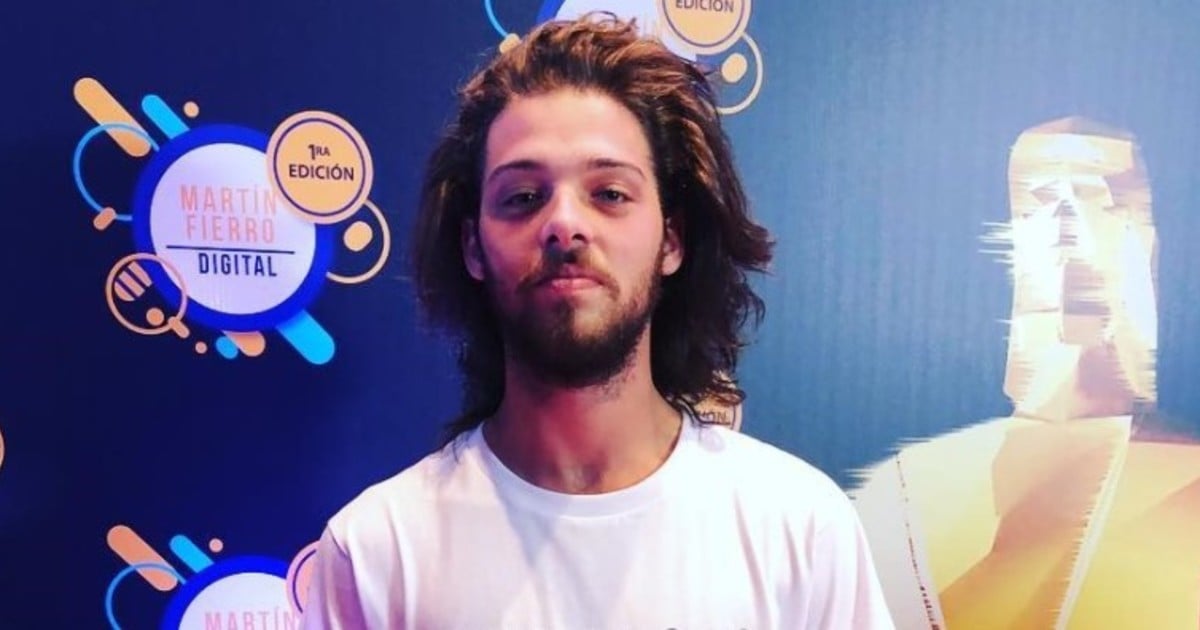 Santiago Maratea denounced during the night of this Tuesday that he they tried to steal 25 million pesos corresponding to a solidarity collection that aims to buy a house and turn it into a foundation that helps trans children.

As explained by the influencer through his social networks, they tried to clone account of Mercado Pago and, when he opened it, he found that it was empty and without a single peso. After making inquiries, he managed to recover the entire collection.

“It turns out that I entered the account, which had 25 million, and it was at zero. We started to find out at the moment and we solved everything. Basically what happened is that they wanted to clone the account or something like that and Mercado Pago realized“, he explained in a video he posted on his official Instagram account, and highlighted:”We already have all the money again“.

Then he continued: “Is it understood that there are shitty people who tried to do something to get the money from us? Of course, since I’m taking time to put it together, I give them time to think of strategies to stop me, but they won’t be able to “.

In addition, he made it clear that he knows the person responsible for having tried to hack the virtual wallet: “I am not going to say (the name), but to that person, first how dirty you are, And second, the most dangerous thing that can happen to us as a country is that you have power, because that’s how you behave. Doing dirty things to have more power.

“Luckily it did not happen, Mercado Pago realized and you looked like a gil“, Hill.

After having led several solidarity campaigns and collections through social networks, Maratea’s new objective is to gather $ 200,000 to buy a house and turn it into a foundation that helps trans childhoods.

However, the public participation in this case it is not similar to the previous ones. Is that, despite the fact that it has already raised 25 of the 32 million pesos needed, the donation rate is much slower compared to other campaigns.

In that sense, the influencer did not hide his discontent on his social networks a few days ago: “A person with a lot of love told me ‘Santi, you are going to achieve it. Out there in more time, but you will achieve it. I already know that I will achieve it, but time is not a minor thing”.

“What? ¿It took us a month because they are trans? We are going to give the idea that there are so few people who support them that, although we raised two million dollars in ten days, when it is for trans children, it takes a month. Are we going to give that message? ”He added.

And he continued with his discharge: “There is a statistic that indicates that 50% of trans children tried to commit suicide and you say that you do not agree. What do you disagree with? “

Maratea already had success in other campaigns, such as the purchase of two ambulances for a Wichi community in Salta; the acquisition of the most expensive drug in the world (2 million dollars) for Emmita, an eleven-month-old baby with Spinal Muscular Atrophy and, more recently, the trip of Argentine athletes to South American Ecuador.

A trans organization received insults and was outraged with Maratea

As a result of the solidarity campaign initiated by Santiago Maratea, several people expressed disagreement and there were even those who sent messages with insults and offenses to different trans organizations.

In that sense, the Activist for childhood and adolescence trans transvestites Gabriela mansilla, who chairs the Free Childhood Civil Association (ACIL), evidenced the mistreatment received through a publication on his Instagram account: “We want to thank the support and recognition of our followers, comrades in struggle, we also apologize to trans and transvestite comrades who have been attacked by hateful people“.

In addition, he pointed against the influencer, who proposed creating a foundation to help trans childhoods and assured that he would be the first to cover this problem.

I said that there are no foundations (which there is not) the ones that sent it to them are those who misunderstood and made a bard to fart https://t.co/4yHjbC2F6l

“We have demanded respect, memory and recognition. That the truth be informed. We support and celebrate the initiative of the project (of Maratea), but we do not allow it to be said that ‘there is nothing for trans childhoods in Argentina’. Communicators have a huge responsibility and also a consequence if they cause harm, “he said.

Finally, he closed: “Mr. Santiago Maratea has already apologized with our organization privately and acknowledged that he made a mistake and we hope that it will be done publicly, since this violent harassment that we are suffering due to their lack of information to handle must stop. His followers must stop attacking us. “

“I said that there are no foundations (which there is not). Those who sent it to them are the ones who they misunderstood and they put together a bard to fart, “defended the influencer on his Twitter account.