Santiago Cafiero spoke again about the forbidden birthday in Olivos: ‘The President did not screw anyone’ 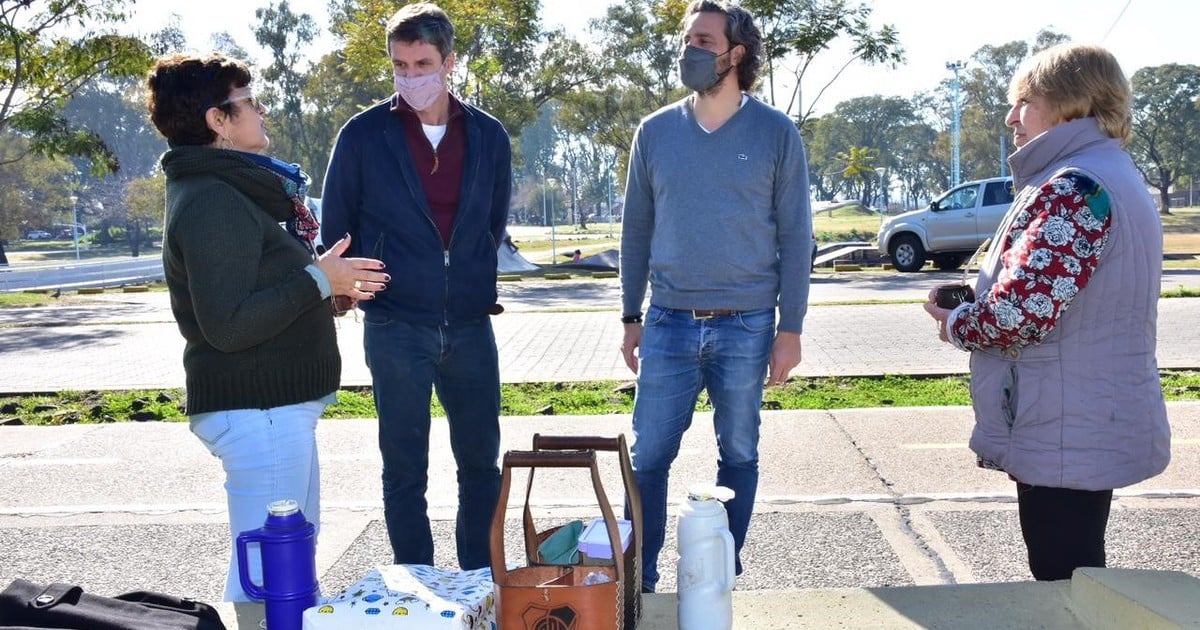 The Chief of Staff Santiago Cafiero referred this Saturday to the criticism unleashed by the celebration held in the Quinta de Olivos, in full quarantine. “We owe all the explanations to the people and we are giving them, not to the denialist opposition that has indebted the country for 100 years,” he said.

During a visit to the city of Concordia, in Entre Ríos, where he made a tour with the candidate for national deputy Enrique Cresto, the official defended Alberto Fernández and assured that “the President did not screw anyone”.

“We have to make this clear: the President did not screw anyone, and yet they went to ‘liberate’ Formosa and hold contagion marches that later sparked increases in infections and deaths. That is necessary to emphasize. There is a need on the part of the President to explain that there was a mistake, a mistake, but he will always be working for the Argentines ”, said Cafiero.

It was the second defense that the official tried to make after the scandal broke out over the photo that proved that on July 14, 2020, celebrated Fabiola Yañez’s birthday, Fernández’s partner, inside the presidential residence.

“It must be clarified that in those days Olivos functioned as the pandemic operations center; many people came and went, there were meetings with different sectors and with experts, and on one occasion there was a social event, which should not have happened“he had said on Friday.

Later, it was the President himself who spoke about the celebration. “On July 14, the day of birthday of my dear Fabiola, she called a meeting with her friends and a toast that shouldn’t have been made, which I definitely realize shouldn’t have been. And I’m sorry that it happened. I clearly regret it, “said the president during a ceremony in Olavarría.

Fully involved in the campaign, Cafiero pointed out against Mauricio Macri’s management: “Unfortunately there were four years of a government where the works slowed down, where the national government sought to discriminate against Entre Ríos, the city of Concordia and all the areas of the national government at that time what they were looking for through electoral speculation, it was a political profit and they forgot about the people. That is what happened and it was very evident ”.

Cresto, for his part, highlighted: “In this electoral campaign we are taking to every corner of Entre Ríos the message of unity, of hope, we are doing a memory exercise and highlighting the achievements of the work articulated between Governor Gustavo Bordet and our president. Alberto Fernández, between the Nation, the province and the municipalities ”.

“In Entre Ríos there is a historical investment in public works, in water and sanitation works, in road works, housing and urban infrastructure; works that represent work, reactivation of economies and better opportunities for all. This is the path that we want to strengthen and consolidate; this process of transformation and development that we are all carrying out in Entre Ríos ”, analyzed the candidate for national deputy.