Santiago Cafiero: ‘Macri marked the court for Larreta in a tweet and told him what he had to do’ 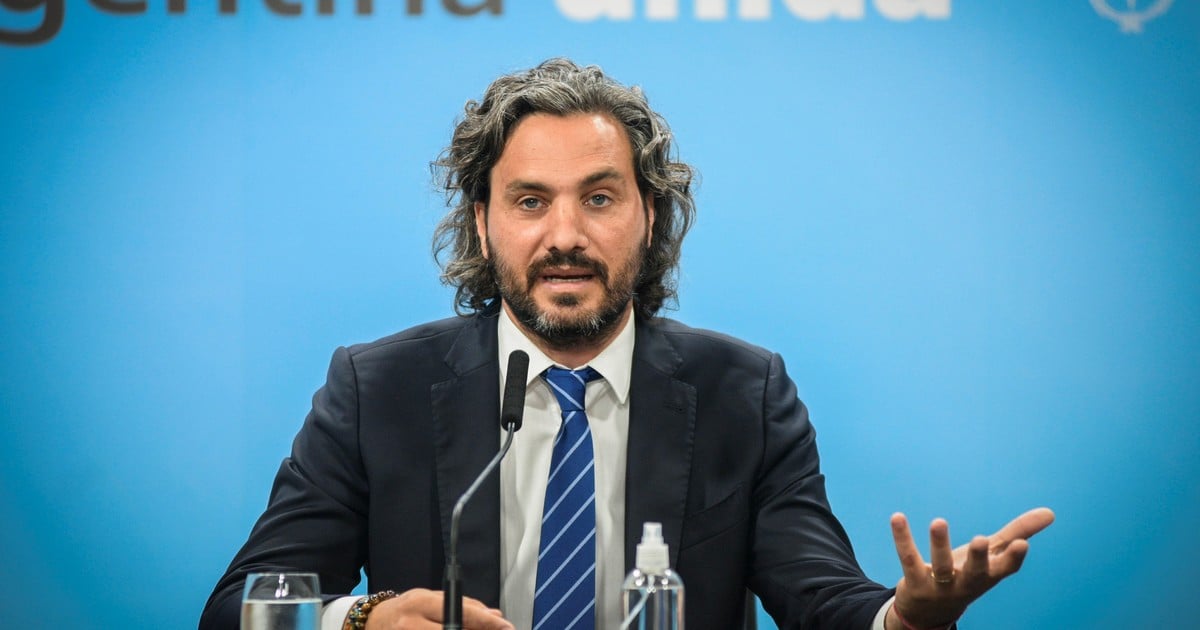 The Chief of Cabinet, Santiago Cafiero, accused this Saturday the Head of Government of the City, Horacio Rodríguez Larreta, to be “politicizing“the presence in schools, and considered” unimaginable “that the Supreme Court of Justice rules in favor of the request made by the Buenos Aires district.

“The head of the City Government knows it, and I think what he is doing is politicizing a situation that does not add anything, but just ends distressing the distressed more, and it makes the angry ones more angry, “said Cafiero in statements to La Red radio.

In that sense, the Nation’s chief of staff affirmed that “naturally everyone” wants “presence”, but considered that Rodríguez Larreta’s position “has more to do with a electoral reading and of political positioning than with something factual and real “.

When asked if he is aware that the Court is going to deal with the City’s request this weekend, he replied: “I do not have that information. There it is not issued in substance, but the only thing it is saying is that it has procedural competence , nothing more, to address the issue. “

Cafiero stated that “we all want presence” in schools, but explained that the decision to suspend it for 15 days is linked to the fact that there is a “record of infections” of coronavirus in the Buenos Aires Metropolitan Area (AMBA).

“The second wave has come with a speed that was not foreseen at this time,” stressed the Chief of Staff, and highlighted: “This measure does not have to do with contagion in the classrooms, but rather with the mobility produced by the school system. Therefore, the objective is to lower the circulation of people. “

In that sense, he remarked that “the idea that classes are closed is wrong and manipulated by the media, but that serves the opposition sectors “, and fired:” If there is a flag that does not correspond to the opposition, it is that of education and less of public education. ”

Regarding the possibility that face-to-face classes will return after this period of virtuality, the Chief of Staff specified: “Times are different and the situation is not like last yearSince now we have a whole year of experience, the health system has been strengthened, there is a vaccine and some treatments.

Cafiero affirmed that “there is a part of the opposition that what they have chosen is tell people what they want to hear“, while” there is another part of the political leadership “, referring to the national government, which is” taking the measures to take care of them. ”

“That is the big difference between how the opposition is acting and how the ruling party is acting,” stressed the Chief of Staff, and stressed: “Where the vaccination campaign continues to advance, effectively we will have fewer infections or fewer hospitalizations, and consequently less death“.

In another section of the radio interview, Cafiero specified that former President Mauricio Macri is “the head of the opposition,” so “sets the pace“, and exemplified:” Minutes before [Horacio Rodríguez] Larreta goes out to do his press conference, Macri marks the court for him in a tweet and tells him practically what he has to do. “

In that sense, he clarified that the national Executive Power is forced to coordinate with the City Government, adding: “That is out of the question,” although the national authorities find the treatment and the comments they make from the City about the vaccination campaign ungrateful.

Regarding the management of the pandemic, the coordinating minister stressed: “We have strengthened the health system, we have vaccines, and we have treatment. That changes the parallelism a lot from what it was last year. So today we have other tools. “

“We again asked society for time to vaccinate those over 70, because they are the ones who have the highest fatality rate in this pandemic. We are doing well with the vaccination of people over 70, we’re reaching 60% of vaccinated, but we need this time, “said Cafiero.

Finally, the Chief of Staff reiterated that Alberto Fernández gave the instruction to “take the measures that have to be taken and save lives.”

“We have a record of cases. Here there is a government that will be able to account for everything it did. For the courage and determination of the President to take action over the past year and this year, “he concluded.

Game of thrones: pilot chapter that was about to cancel the series

Videogames unite against the abuse of trans minors | EarthGamer

They shot him in the back of the neck for putting ‘I like’ a photo of a friend: ‘You don’t know how ugly it is to feel like they are going to kill you’