Santiago Cafiero and Sergio Massa highlighted the importance of 5G, at the beginning of the technology tests in Argentina 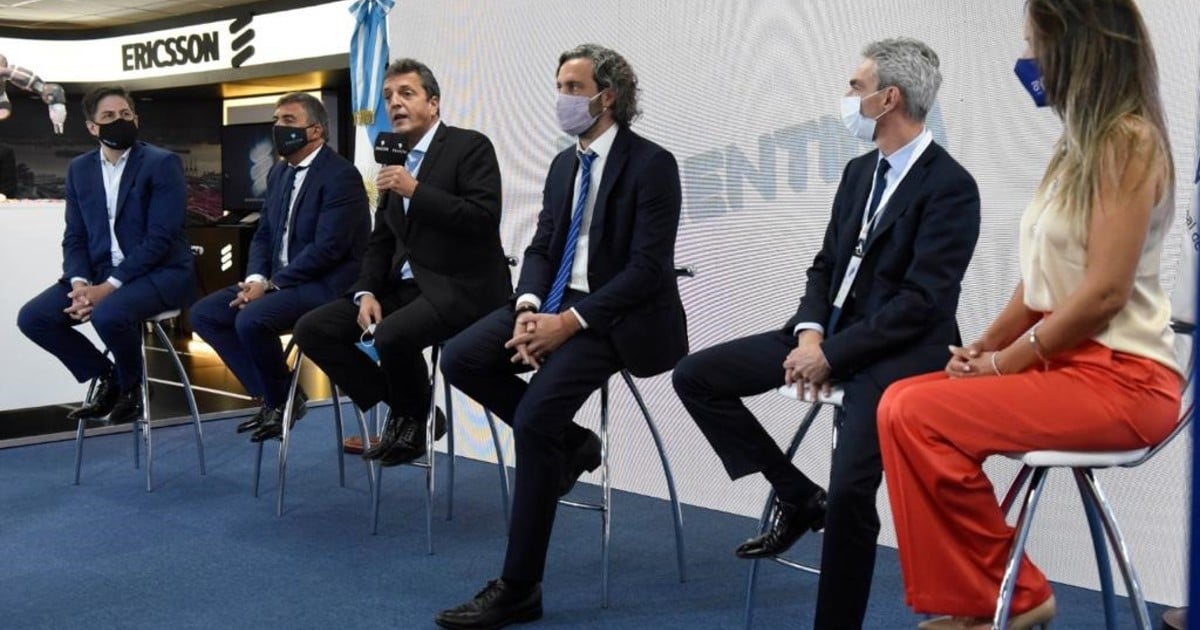 The Chief of Staff, Santiago Cafiero, and the President of the Chamber of Deputies, Sergio Massa, highlighted the importance of 5G technology to take a “leap” for the impact on society and industry. They did so during the visit they made this Tuesday to the headquarters of the National Communications Agency (Enacom), where they began the tests, trials and demonstrations for mobile broadband connections.

In this context, Cafiero emphasized that “a new right has been generated in Argentina which is the right to be connected. Reducing the digital divide is a mandate from our president that we have to assume together, and advancing in new technologies is part of the tasks that lie ahead “.

“The 5G network is going to increase the capacities that are going to be provided to the management of the public, surely they are going to make better the design of public policy tools, which is part of what permanently reaches citizens standing up”, added the chief of staff.

For his part, Massa said that Congress will be the space for debate a “regulatory framework” that allows “companies to develop” the technology.

Before an audience made up of officials and representatives of different embassies, Massa highlighted “the decision of Parliament to help jump into the 21st century with regulations that help us make that leap, that our generations of centennials and millennials can appropriate technology” .

Sergio Massa highlighted the importance of 5G technology for society.

In particular, on 5G he remarked that “it is an instrument for the economic development of Argentina “.

Also present were the ministers of Education, Nicolás Trotta, and of Transport, Mario Meoni..

In turn, the host of the meeting, the head of Enacom, Claudio Ambrosini, remarked that “4G and 5G will coexist” and assured that the impact of the new technology “will be great breakthrough for industry, agriculture, and will give way to the internet of things “:

With 5G, Ambrosini said, we are going to “study better, we will have better industrialization, we will manage better and govern better,” which is the “legacy that President Alberto Fernández gives us.”

The implementation of robotics in manufacturing, applications to manage inventories and virtual reality systems for education are some of the solutions that are exhibited on the 14th floor of the National Communications Agency (Enacom) building, in the heart of downtown Buenos Aires.

This is the first time that the Government calls on companies to demonstrate and expose the scope of 5G technology.

The three firms called were Ericsson, Huawei and Nokia. They prepared a theoretical explanation on the benefits and the impact on the economies of the implementation of 5G technology, and a practical demonstration.

Through the use of robots, they compared 4G and 5G connections to appreciate the difference in speed and latency between the two technologies. They also made virtual reality applications available, both for education and industry.

Unlike the previous ones, fifth generation technology (5G) is seen as a platform for the development of artificial intelligence, the internet of things, robotics and process automation, among other solutions.

Its use involves combined radioelectric spectrum frequencies (that is, both high, medium and low bands) and a display of its own sites.

As with the first steps of a disruptive technology, nobody in the market dares to put a figure on investment which requires the deployment of the 5G network, given that to the value of the sites where the antennas and the equipment are placed for their operation, the fiber optic laying is added.

In addition to the regulatory framework expressed by Massa, the deployment of this technology requires the cleaning of the necessary bands of the radioelectric spectrum, and the approval of a spectrum plan, which is being worked on by the Undersecretariat of Innovation.

At a global level it is still under discussion what is the business model optimal for 5G technology, since due to its versatility it could be used by non-technological companies that make the investment and transfer the administration to an operator.

For example, industrial centers could have their own network and add an operator as a provider or hiring him as a network administrator.

In the first case, the operator would be the one to deploy the fiber and antennas, while in the second, the industrial center or the company would run with the investment.

Mallorca in for a short “wintry blast”