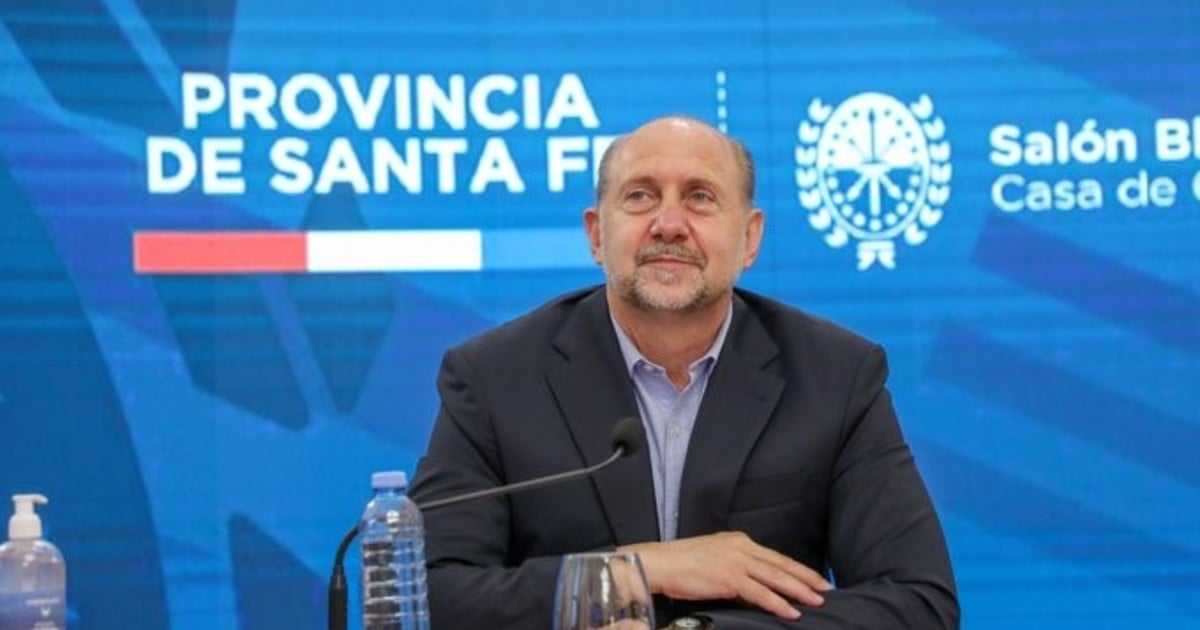 The governor of Santa Fe, Omar Perotti, assured this Tuesday that he will insist on the negotiations with the Head of Cabinet of the Nation to achieve that change sanitary category that reached two departments of the province, with the aim that on Monday face-to-face classes are resumed in the Gran Rosario and in San Lorenzo.

“If something is not discussed in Santa Fe It is whether in person yes or no, if classes yes or classes no. The decision was made by the province and prepared for that, “said the governor in a tour he made this Tuesday together with the Minister of Defense, Agustín Rossi, to supervise the progress of the module that was assembled next to the Cullen Hospital, in the capital of Santa Fe.

“Santa Fe was prepared not only in the protocols, in how to condition the educational establishments, but also vaccinating 98 percent of public and private teachers, of the initial, primary, special, secondary and tertiary level. We do not declaim, classes, schools. We did it and we got ready. But clearly what we are discussing is an epidemiological picture ”, insisted Perotti.

Given the advance of infections and the high occupancy of beds, the governor announced on Sunday new circulation restrictions and defined, for the Rosario and San Lorenzo departments -considered by the Nation places of epidemiological alert-, the suspension of face-to-face classes for a week .

When announcing the measures, he anticipated that he was managing with Santiago Cafiero an adaptation of the epidemiological category in which the national authorities located Rosario and San Lorenzo.

“We have asked the Chief of Staff for the possibility of reviewing them (the criteria for epidemiological qualification). It does not mean that this changes us healthily overnight and that we can relax. To change is to be able to continue taking joint measures and to deploy joint actions ”, explained Perotti.

To the cut in hours in the circulation of private vehicles and the time limitation for gastronomic shops, the announcement of the suspension of face-to-face classes was added on Sunday.

That measure generated a manifestation Monday at the Monument to the Flag. People in the group “Parents for Education” demanded that their children be able to return to the classroom immediately.

Demonstration at the Monument to the Flag in protest of the face-to-face classes on May 3, 2021. Photo: Juan José García

The local mayor, Paul Javkin, also demanded that that decision be reviewed. “It does not seem logical to us that the criteria for taking measures in Rosario are set by the AMBA. The last measure should be to suspend classes. We cannot have other activities open and schools closed ”, stated the leader of the Progressive Front.

Despite the complaint, Javkin aligned himself with Perotti’s strategy: to avoid judicializing the issue and to engage in talks with the national government to agree on a strategy.

The one who did advance with a presentation in court was the PRO national deputy, Federico Angelini. On Tuesday he presented a appeal for the Justice to order that presence in classrooms be resumed, as happened in CABA.

“We are convinced that the classes must be face-to-face and that this adhesion of Omar Perotti to the Alberto Fernández Decree does nothing but give in to the pressure of the unions and the National Government itself without taking into account the serious consequences that are causing in the students, damaging their teaching ”, stated the legislator after formalizing the process before the Civil and Commercial Court No. 18 of Rosario.

Demonstration at the Monument to the Flag in protest of the face-to-face classes on May 3, 2021. Photo: Juan José García

The objective of the presentation is that Decree 0447 of the Santa Fe government is declared unconstitutional, which runs until next Sunday and that, among other measures, prevents face-to-face activity in schools.

Angelini rejected that the government of the province should reject a presidential DNU. “It is not about disobeying, but simply not adhering, as other provinces have done, or as Santa Fe itself has not adhered to other aspects of the National Decree. But it seems that for the Executive Power of Omar Perotti face-to-face education is not a priority ”, he insisted.

Ayuso would touch the absolute majority, according to the first polls