Santa Cruz: 14,000 teachers who did not return to classes and parents who complained for their children 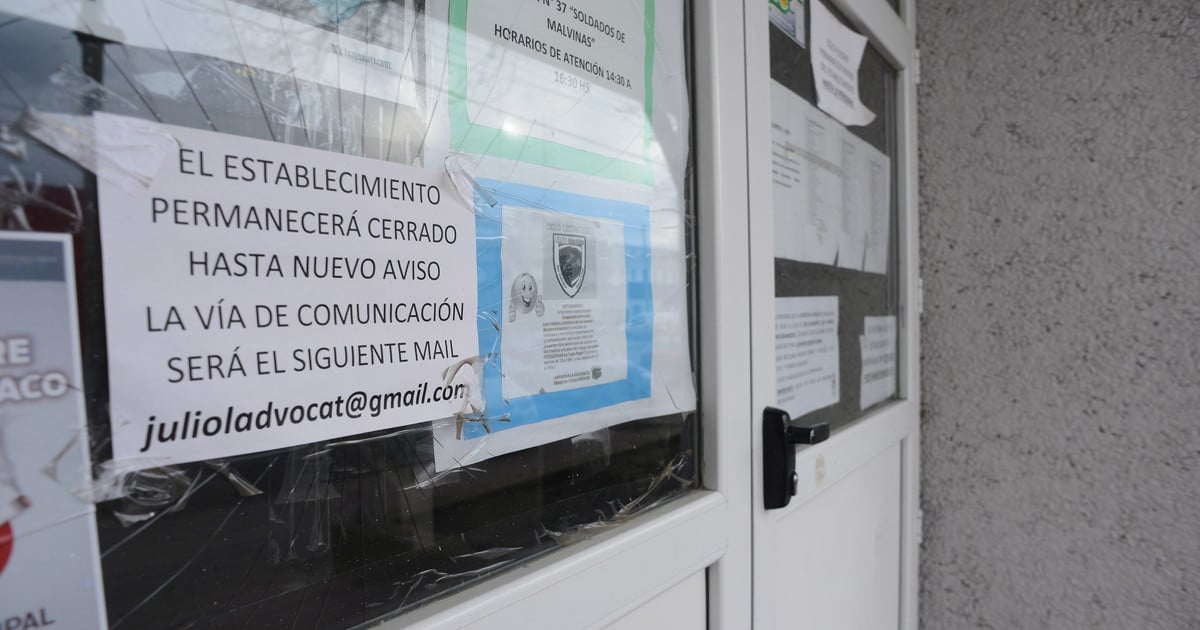 No flag flies on the rusty mast. The main gate is locked with a broken padlock. A poster explains the scene: “This establishment will be closed until further notice”. It is a school in Río Gallegos, but the image is replicated in the other school buildings that since March of last year they have not reopened their doors. The Education Council maintains that the epidemiological situation prevents resuming, for the moment, face-to-face classes. A group of organized parents with a single demand, that their children return to school, press against this discourse and march again demanding what they consider an essential human right.

School hours set the pace for Río Gallegos, an operating scheme that was affected by the pandemic but is facing another crisis: different activities have resumed their presence in the city, but schools remain closed. The tension with the Government added a protection before the Justice, marches where the parents went with their children, claims from the union sector. Santa Cruz has 14,000 teachers who have not returned since March of last year, to teach classes inside the classrooms.

The school buildings give an account of the situation. Schools in marked disrepair, with an element that was not thinking: padlocks rusty on its main gates. In none of them is there a flag waving and in commemoration of the date, flags made by the children at home are placed on the gates of the closed schools. The posters in the windows reinforce what has already been lived a year and a half ago: until “further notice” the doors will be closed. Virtuality is the way of teaching classes, a tool that for parents and teachers “is insufficient.”

Governor Alicia Kirchner faces a claim that is gaining strength and that has as protagonists a parent group who claim the return to face-to-face education. The traffic light that they observe, beyond that imposed by the State in epidemiological matters, and is that of their children: alterations in their way of bonding, setback in learning, mood changes, aspects that living with their peers provides and that it cannot be supplanted by virtuality.

Only a few localities are developing the bimodal system: they combine face-to-face with virtual classes. For example, in the next few days face-to-face classes will return to Lago Posadas, which, according to the latest census, has 266 inhabitants; as well as Comandante Luis Piedra Buena, with 6,500 inhabitants.

The Santa Cruz capital, and other large localities, since March 2020 they are with virtual classes. El Calafate, meanwhile, seeks to gradually return to the classrooms from June 22, at the gates of the bloodiest month of the year, where snowfall and low temperatures prevail.

What mobilized the parent organization? Moria Ramón has an immediate answer: Her children. “I am a 20-year-old teacher, with a degree in Psychopedagogy, and a current Conicet fellow. I have a 10-year-old daughter and a 15-year-old daughter, both are bad, like many boys and although I have pedagogical tools they do not respond to me as a teacher, but as a mother, changes in mood, the oldest locked up for a long time and the a younger girl began to have problems with her grades, something that never happened “, he told Clarion.

She is one of the first to be organized together with more than 60 parents who replicate the voice of many more, to sign an injunction that the Santa Cruz justice rejected. The claim stated the essential right to education, the importance of the integral health of children and the need for face-to-face classes, something that they understand transcends the merely curricular.

The organization of this group of parents had its sounding board in El Calafate. Silvia Sivo told Clarion who encountered a very heterogeneous group of parents, “Where we were finding coincidences: children who had a bad time, very anguished. The biggest concern was that time passed and no one gave us an answer. We sent letters, petitions, e-mails, we met with the mayor who attended us, but he escaped from being able to retake the presence. We did not receive any satisfactory response. “.

Something remarks many of the parents, their children go to basketball, karate, to all kinds of extracurricular activities that resumed presence, they all conclude the sentence in the same way: “But the schools are still closed”. A data: In Río Gallegos as in El Calafate, in January the casinos with the same owner were reopened, Casinos Club, the firm of which Cristóbal López was a member.

“We are desperate because we see how an essential human right is not guaranteed: Schools closed since March 2020 until further notice, because the Council does not give information on when the schools are going to open and parents no longer know what to do and now we are organizing to go out again on Tuesday 22 “, said Nancy Peña, another of the mothers to Clarion.

From the Education Council they explained to this medium that there are localities where it was returned under the bimodal modality. Presence “is defined according to the epidemiological traffic light,” they pointed out without specifying dates. Santa Cruz will overtake the province of Buenos Aires governed by Axel Kicillof, who spent 270 days with schools closed.