When the going gets tough, Italian Sandro Putignano gets going – he’s the most resilient restaurant owner I know of. Sandro has two restaurants next to each other (they have connecting doors) and when covid-19 recently started to give the trade hard times, I have turned the smaller one into a breakfast place in the morning and a vermutería serving pre-lunch tapas.

But before that had time to get going, restaurants were allowed only to use their terraces – or the parking spaces in front of their façades… much to the chagrin of neighborhood drivers.

As Sandro has two restaurants in Calle Ramon i Cajal, he has a good-sized parking area for tables – so I have spent € 850 on a solid made-to-measure wooden platform. He also ordered two outdoor gas heaters at € 400 each.
But on the day he lit the heaters for the first time, there was more bad news: even the terraces were closed and restaurants could only do takeaways.

A less resilient type may have thrown in the towel in anger and disgust and waited until things got back to normal. But not Sandro – he came out of his corner throwing punches every which way, like a boxer determined to win on a knockout. And he had a punch that was available to few others.

When Sandro first took over these two spaces, the larger one was for his Ristorante Sandro and he did the other one up as a shop for Italian foodstuffs as well as serving pizzas and pastas.
The lucky thing is that he still has the license for using the premises as a shop – and that’s exactly what he did.
In less than 48 hours he dismantled the breakfast place and the vermutería and turned it into a shop selling a range of Italian foods and wines plus a selection of prepared food for takeaway or delivery. (Tel: 971-962311).

I have you three refrigerated display units, one with prepared dishes of various kinds, including veal slices in a cream and mushrooms sauce. There’s a platter of patató, those small Mallorcan potatoes, that were parboiled in their skins and then deep fried and now ready to accompany any kind of meat or poultry dish.
I have you his very personal and individual version of parmigiana, a Neapolitan dish of aubergines, cheese and tomatoes, which I tried in my last restaurant meal before the latest shutdown started.

It was a special menu for two in which you can sI’ll do a starter from the menu and then have pizzas or pastas plus dessert. I’ll be doing the review as soon as the restaurants reopen… even if it’s only on the terraces and in parking areas.
For the vermutería Sandro was doing croquettes for the first time ever and they are also available as takeaways. He has five kinds: aubergines, chicken, gambas and leeks, spinach and gorgonzola and bacalao (salt cod).
I tried three and they were easily the best I have ever had. The aubergine croquettes were made with the pulp and flavors and nothing else and were an incredible technical tour de force.

At a later date I’ll be writing about croquettes and I hope Sandro will show me how he manages to get his aubergine paste, so smooth and soft, into the form of round croquette. I think there must be a little culinary trick involved and I hope to learn it… and pass it on to Bulletin readers. 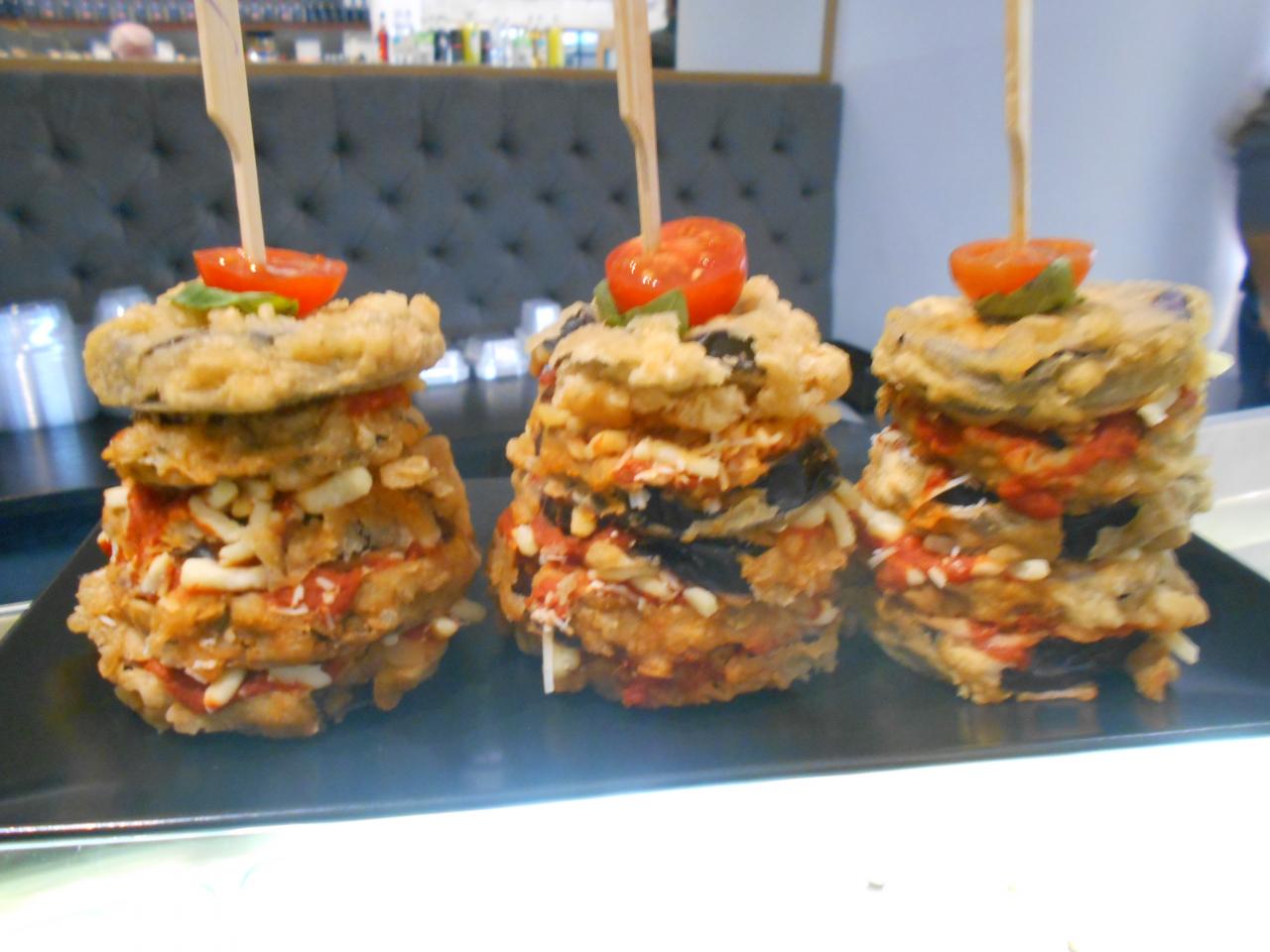 Sandro is also doing some of the goodies he has on the breakfast menu – including carrot cake and cremadillos, the Mallorcan puff pastry that has a variety of fillings including the classic English cream, the Spanish word for custard.
Sandro does all his own baking, including a superb loaf which he serves in the restaurant, but with one exception: the lovely-looking croissants come from Lluis Pérez, the up-market pastry shop in Calle Bonaire, off Avda Jaime III.

Some of the dishes on the restaurant menu can also be ordered – see Facebook for the menu and other details. And, of course, the pastas and pizzas are available as takeaways or for delivery.
Sandro is offering a 10 per cent discount on all on-line orders and there’s a free bottle of wine on orders of more than € 25.