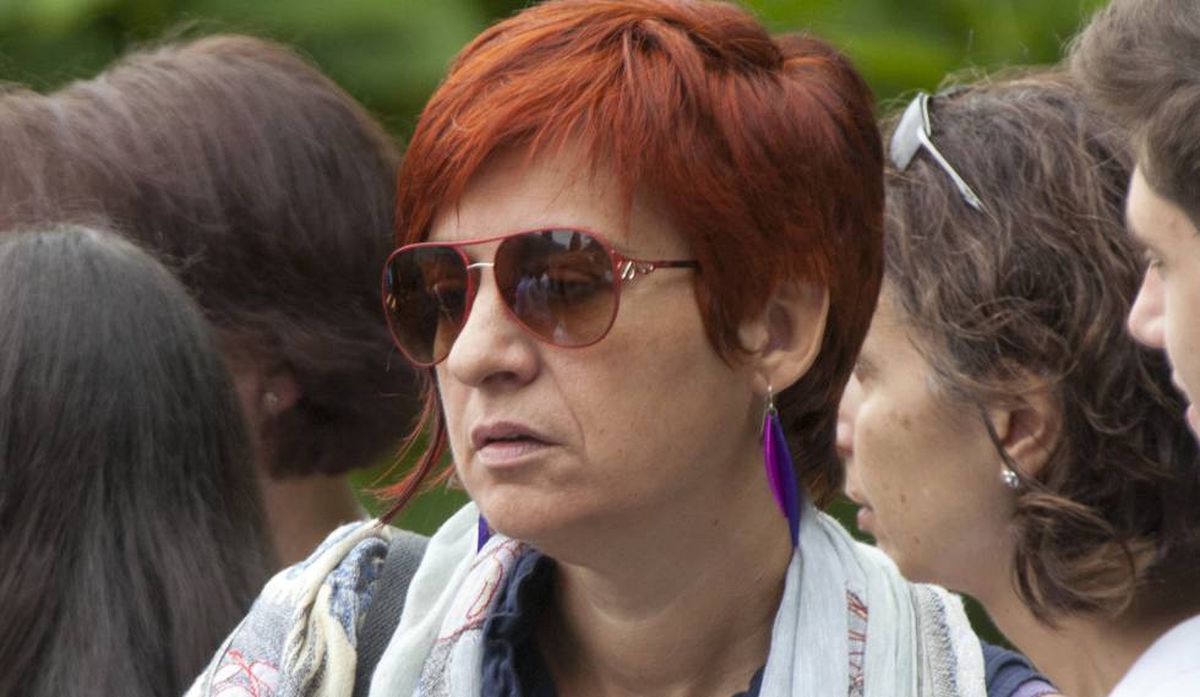 2020 was not exactly the best year for Rosp Corunna, the group that runs the finances of Sandra Ortega, the first-born of the founders of Zara Amancio Ortega and Rosalía Mera. The family office of the richest woman in Spain (with an estimated fortune of 5,600 million euros, according to the list Forbes last November) ended last year with losses of 91 million, compared to gains of more than 117 million in 2019.

The result was greatly affected by the pandemic, which strangled income through the dividend received by Inditex (head of Zara and other brands) and deteriorated the real estate business, which suffered a decline in value of more than 100 million. The other major upheaval in the company was internal: José Leyte, the man who had led Rosp almost since it was founded by Mera in 2000, was fired. This movement, of which there is hardly any trace in the accounts presented before the Mercantile Registry, has ended in a resounding battle in the courts.

The accounts are presented as a consolidated group, since Rosp Corunna is the parent with which Ortega controls two other companies, Rosp Corunna Participaciones Empresariales and Ferrado Inmuebles, through which it owns more than a dozen companies in Spain, Portugal, United States. United States, Luxembourg and the United Kingdom. Through Rosp, the second richest person in Spain (only behind his father) manages his shares – 5.05% in Inditex and 5% in Pharmamar – and a multitude of real estate assets, mainly office buildings, hotels and commercial premises.

The balance of last year accounts precisely for the difficulty of managing the real estate business due to the pandemic, which forced them to “deal with the renegotiation” of some leases and to grant “grace periods to certain tenants”. These two causes, together with the stoppage of the hotel business and the “delays in the evolution of some of its projects that were in the development phase” are, according to the annual accounts, the cause of the losses of 91 million. Turnover in 2020 fell by about 24%, from 209.4 million in 2019 to 159.6 million.

However, the main decline in turnover did not come from the real estate segment (which increased from 37.5 million to more than 73 million) but from the financial part. As it happens in the family office From her father, Sandra Ortega’s main source of income usually comes from the dividends she receives from Inditex. But last year the textile group, because of the pandemic, decided to make only one distribution instead of the usual two. As a result, Rosp Corunna received 55.1 million for this concept, compared to 138.6 million in 2019. That reduced total dividends to about 74 million (compared to almost 162 million in the previous year).

A new building in London

The coronavirus also hurt the value of Rosp Corunna’s properties. The group valued these at the end of 2020 at 468.7 million at market prices. A year earlier, there were 576.6 million, which is almost 108 million less. The vast majority of that assets, 311 million, are office buildings, followed by hotels (almost 120 million), residential and commercial properties (30 million) and other types. Almost all the buildings, equivalent to a value of 412 million, are outside of Spain. During the year, the company bought an office building in London, to manage which it created a new subsidiary company in the United Kingdom, and sold two properties in Germany for which it made a profit of about 36 million, which helps to explain the increase in real estate turnover.

The rest of the money obtained by real estate comes mainly from the collection of rental income. The impact of the pandemic was noted in the income that, for this concept, Rosp Corunna expected to obtain in the short term, which fell from 29.7 million in 2019 to 23.3 million last year. And it is that the two buildings sold in Germany were precisely two of the most profitable. One is a property in Munich with several premises for which he collected almost 3.8 million for rent last year. The other, also with several leased premises but located in Colonia, had revenues of 2.7 million. The property that contributes the most rental income, and still maintains, is a building in New York for which it received about 4 million euros in 2020.

In the personnel chapter, the accounts indicate that the payment of salaries rose 3.9 million last year, compared to 5.5 million a year earlier. The reduction occurred despite the fact that the workforce increased by five people (from 25 to 30) due to lower remuneration to the management team. These went from 2.1 million two years ago to 771,000 euros last year, in which the management went from being composed of four people to having three.

Dismissal of the chief executive

That is one of the few references that the accounts make to a fact that has led the company to make headlines in recent times. The person who left is José Leyte, who had run the firm almost from its inception, after being fired in November 2020 for loss of confidence in Sandra Ortega. The dismissal caused a first lawsuit in the Leyte courts, which demanded a greater compensation than he received and about which in the annual accounts they do not give any clue, since they indicate that these are computed as expenses for the year.

Later, Ortega would sue Leyte for misappropriation, document falsification and unfair administration, exponentially raising a legal dispute about which both parties remain silent. As published eldiario.es, the controversy stems from Rosp Corunna’s relationship with the Room Mate hotel chain, in which according to last year’s annual accounts it had a 30.67% stake. It is an old investment, from the times when Rosalía Mera, who died eight years ago, was still alive, which was later expanded to the current volume. Room Mate is going through years of financial difficulties and Ortega accuses Leyte of having used his signature without authorization to guarantee with his fortune some loans requested by the Kike Sarasola hotel chain.

As advanced Five days, Rosp Corunna is looking for a buyer for its 31% stake in Room Mate, with which it is not only united by that relationship. Ortega is also the landlady who rents some of the chain’s hotels, which last year paid her in leases, according to the annual report, just over 5 million euros. It is, among the firms with which it has ties, by far its largest tenant, well ahead of the 294,000 euros it received for renting premises from Zara or the 255,000 in rents paid by Massimo Dutti, two of the Inditex brands. In addition, he has also lent him money, as certified by the 298,000 euros that Room Mate paid him last year in interest.